Snow finally hit the capital today after several days of heavy snowfall across the country – leading Londoners to joke about the coming apocalypse.

A light dusting of snow led to hundreds of tongue-in-cheek posts on about public transport grinding to a halt, with some users claiming they were stocking up on food.

Earlier today, excited Londoners posted videos of snowfall as Britain braces itself for the coldest night of winter so far, with temperatures expected to fall to possibly -12C (10F) overnight.

Snow was first seen in northern Scotland and the Western Isles late last week – but it has crept down through the likes of County Durham and Cumbria towards and then today. 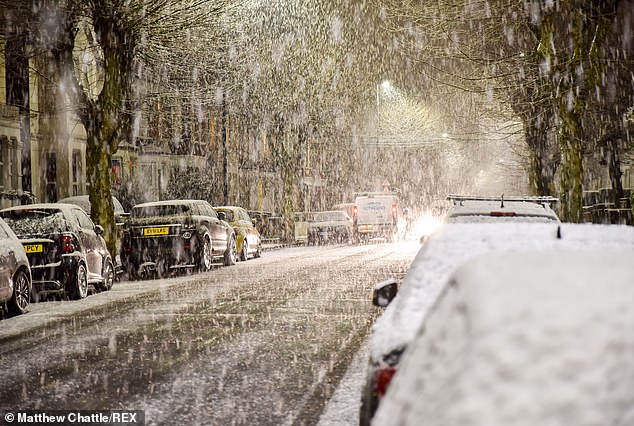 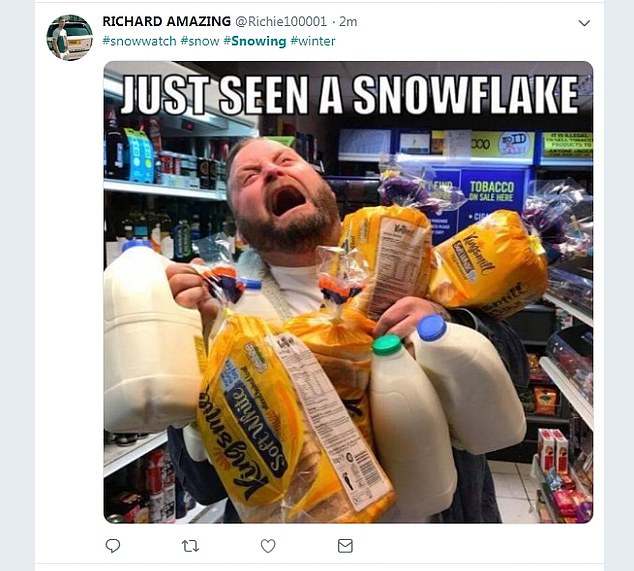 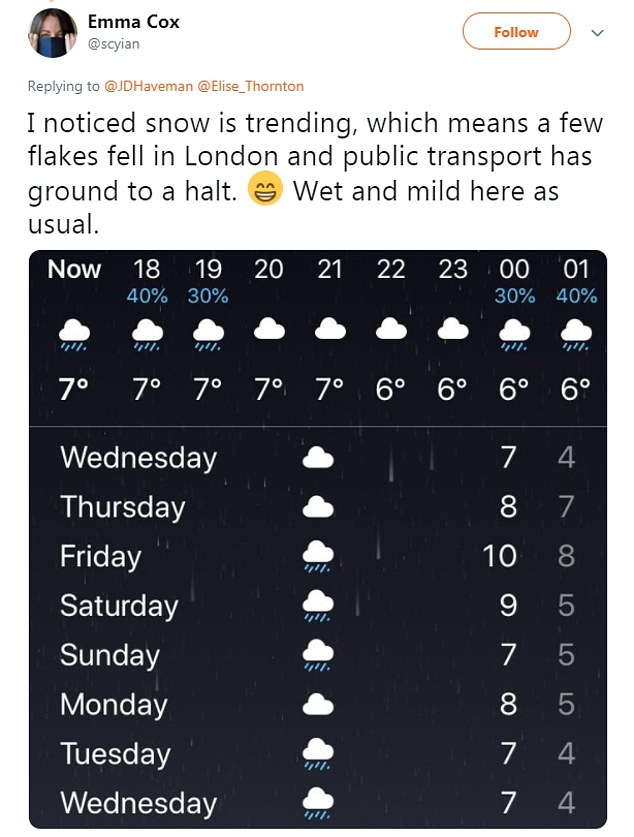 Photographs showed car crashes across the country in the likes of Derbyshire and Scotland – while a video revealed the top layer of the sea had frozen in Whitstable, Kent, due to the sub-zero temperatures.

But Twitter was quick to ridicule the so called ‘arctic conditions’ with a series of weather related videos and pictures.

One user wrote: ‘We’ve had snow here in SW London [shocked emoji] and I haven’t managed to stock up with a month’s supplies, I’m going to die aren’t I?’

Peter Marshall added: ‘Snow in London! Must be the end of the world.’

Emma Cox tweeted: ‘I noticed snow is trending, which means a few flakes fell in London and public transport has ground to a halt.’

Temperatures in London and Cardiff are expected to peak at 5C (41F), while Birmingham will see highs of 3C (37F) and 2C (36F) in Edinburgh. 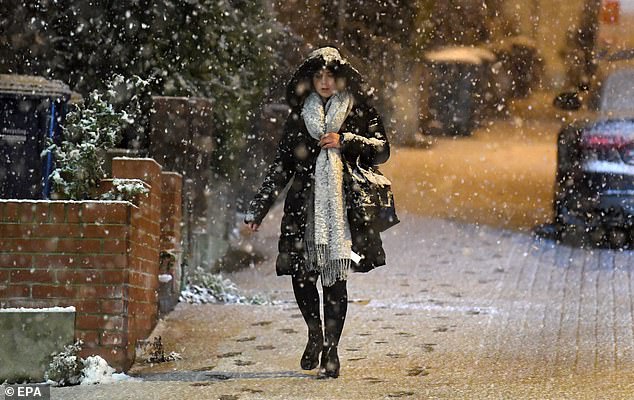 Temperatures in London and Cardiff are expected to peak at 5C today, as the top layer of the sea in Whitstable, Kent, froze over

Further frosts are expected over the coming nights, while daytimes will also continue to feel very cold, with more showers expected tomorrow. Thursday is expected to be mostly dry and sunny.

People across the capital joked about going home early because of the snow.

J P Devlin wrote: ‘Please keep my up to date with your snow stories from across the country.

‘There’s a bit of what I would describe as cold rain in central London so the whole place is gridlocked and people are asking to go home early because they can’t cope.’

One user tweeted: ‘There’s really nothing exciting about snow in London, I can already smell the despair for all the cancelled trains and the overcrowded buses.’

Another user tweeted a snap of a panicked manning holding loaves of bread and several pints of milk with the caption ‘just seen a snowflake’.