A hijacker has forced a flight to Moscow to divert and demanded to be taken to Afghanistan.

The man ordered crew to divert shortly after the Aeroflot plane took off from the Siberian city of Surgut earlier today.

It landed in the city of Khanty-Mansiysk about 150 miles to the west and the Boeing 737, carrying 76 people is standing on the runway amid reports it has been surrounded by snipers. 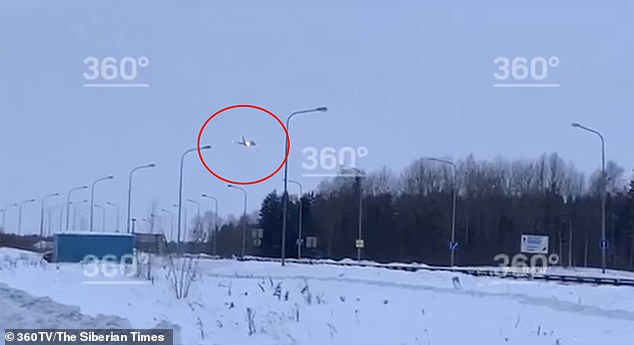 An Aeroflot flight to Moscow was forced to divert after a passenger demanded that the plane be landed in Afghanistan. Footage shows the plane coming in to land in the city of Khanty-Mansiysk – 150 miles short of its intended destination 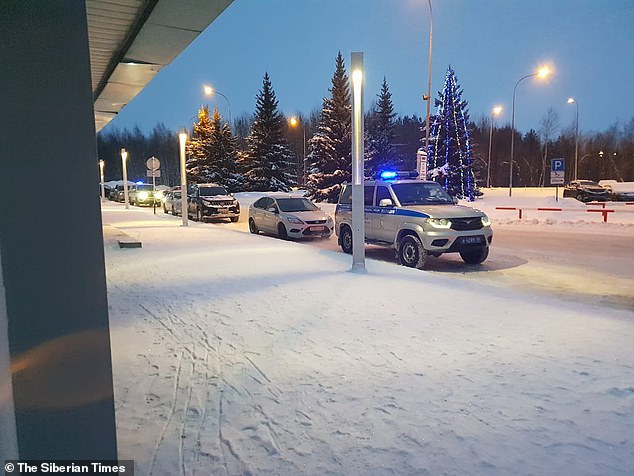 Ten police teams were dispatched to the airport (pictured). Local news sites claim that the suspect – identified in Russian media only as 41-year-old Pavel – may be mentally unstable and that he had been detained for drunken behaviour in the past 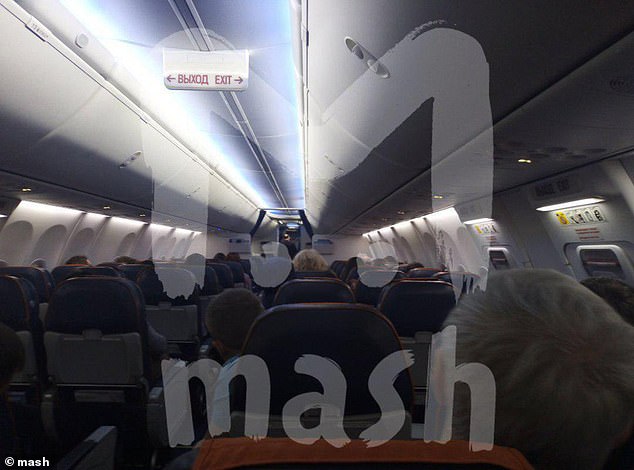 Another image has emerged purporting to show the scene inside the passenger jet. It is not clear when the photo was taken

The circumstances surrounding the incident remain unclear, but it is understood the man had made demands for the plane to divert to Afghanistan.

Sources say cabin crew on flight SU1515 were able to convince the man that the plane needed to touch down to refuel.

Ten police teams were dispatched to the airport. Local news sites claim that the suspect – identified in Russian media only as 41-year-old Pavel – may be mentally unstable and that he had been detained for drunken behaviour in the past.

‘We suggest you talk to the Russian National Anti-Terrorism Committee’, the airline representative said. The committee soon afterwards confirmed the man had been detained. 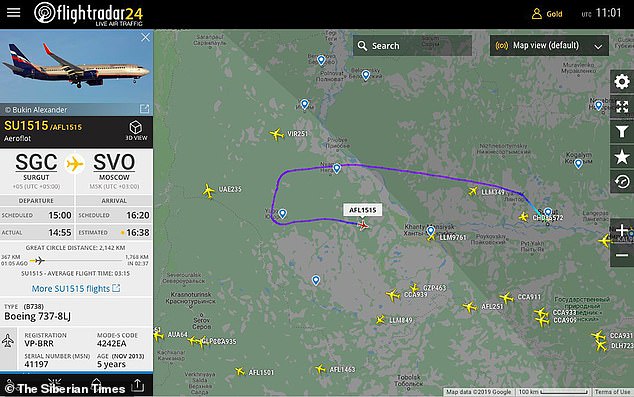 The circumstances surrounding the incident remain unclear, but it is understood the man had made demands for the plane to divert to Afghanistan 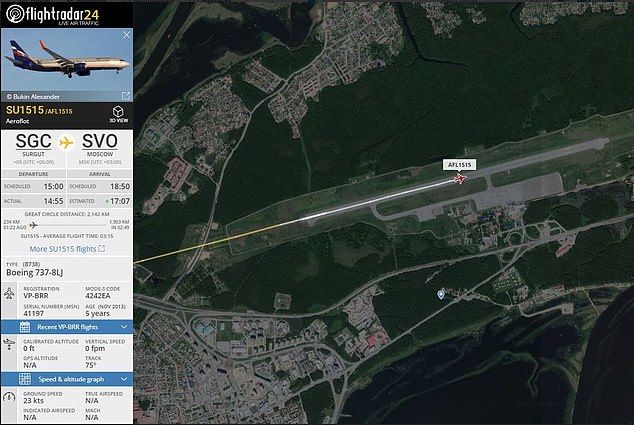 The Boeing 737, which was carrying 76 people including 69 passengers, touched down in the city of Khanty-Mansiysk

‘The crew managed to persuade the passenger to agree to refueling in Khanty-Mansiysk,’ said a source.

Footage from TV360 showed the plane landing in the city. The man’s motive was not immediately clear.

The flight from Surgut departed 2.55pm local time and washed been due to land at Moscow’s Sheremetyevo Airport at 4.20pm Moscow time.

It comes days after tourists on a crowded holiday jet heading for Russia ‘neutralised’ a drunk passenger by tying him up with sticky tape and belts.

They acted after the crew were unable too subdue the man – and the pilot made it clear he was ready to make an emergency landing to hand the ‘hooligan’ over to police in China or Mongolia.

The passenger – aged 26 and reportedly recently released from prison in Thailand – ‘swore and attacked’ travellers seated near him on the A320 flight from Bangkok.

U.S. deportations of Haitians increased nearly 1700% in 2017, year on year
Vehicle's windshield is smashed by rubbish bag filled with dirty nappies in Malaysia
National Enquirer's parent company will NOT be prosecuted for payoffs to Playboy model
One in seven US children has at least one mental health disorder
Facebook, Instagram and WhatsApp are 'back at 100% for everyone'
At least seven people are shot as hail of gunfire erupts at a Brooklyn playground
Rosario Dawson is being sued by a former employee - a transgender man
Mother of slain Zymere Perkins weeps in court as she admits she beat the six-year-old with a belt