called Vice President a ‘disgrace’ during her concert in on Saturday amid his recent support of his wife Karen after she took a job at a Springfield, Virginia school with anti-LGBTQ policies.

The 32-year-old musical artist addressed the issue during her performance of the song Million Reasons in her Enigma residency at the Park MGM, following a week of headlines about Karen Pence’s new job at the Immanuel Christian School, which explicitly bans LGBTQ teachers and students.

‘To Mike Pence, who thinks it’s acceptable that his wife work at a school that bans LGBTQ,’ the Born This Way singer said, ‘you are wrong.’ 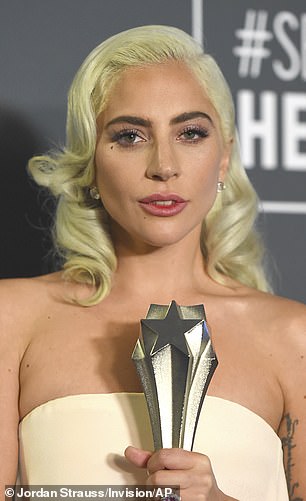 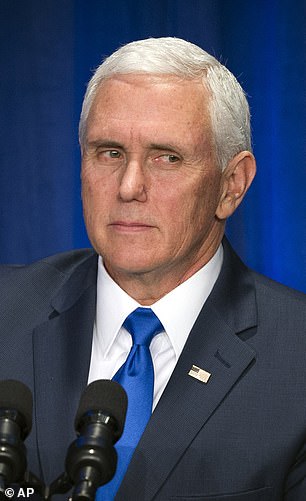 Outspoken: Lady Gaga, 32, called Vice President Mike Pence, 59, a ‘disgrace’ during her concert in Las Vegas on Saturday amid his recent support of his wife Karen after she took a job at a Springfield, Virgina school with anti-LGBTQ policies

The New York City native called into question Pence’s faith when weighed against  his beliefs.

‘You say we should not discriminate against Christianity – you are the worst representation of what it means to be a Christian,’ she said. ‘I am a Christian woman and what I do know about Christianity is that we bear no prejudice and everybody is welcome.

‘So you can take all that disgrace Mr. Pence and you can look yourself in the mirror and you’ll find it right there.’

Application paperwork for employees at the school Karen Pence now works at, according to , indicates that ‘homosexual or lesbian sexual activity, polygamy, transgender identity, any other violation of the unique roles of male and female’ are terminable offenses under the school’s ‘moral misconduct’ statutes. 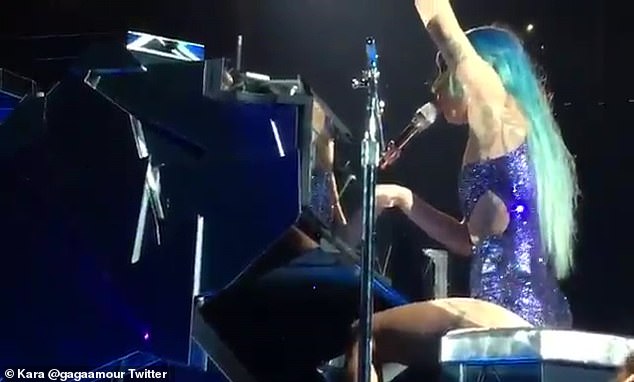 Outspoken: The pop star expressed herself on the issue amid her Enigma residency at the Park MGM following a week of headlines about Karen Pence’s new job 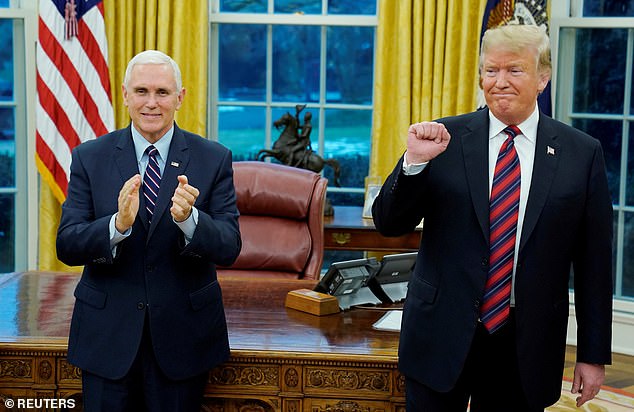 One more thing: Gaga also called on President Donald Trump to reopen the government as ‘there are people who live paycheck to paycheck and need their money’

Applications includes the statement, ‘I understand that the term “marriage” has only one meaning; the uniting of one man and one woman in a single, exclusive covenant union as delineated in Scripture.’

Parents of students must agree prior to enrollment that students can be expelled for ‘homosexual activity or bi-sexual activity,’ the outlet reported.

Pence in response told  that ‘to see major news organizations attacking Christian education is deeply offensive to us.’

Gaga, whose real name is Stefani Germanotta, reeled things back as she got back to the music: ‘Okay, I’m sorry, I got upset for a second there.’

The Grammy-winner said she hoped ‘the f***ing president of the United States could please put our government back in business [as] there are people who live paycheck to paycheck and need their money.’