Two people have died and dozens more have been injured after a huge fire broke out at a ski resort in the French Alps.

Officials said 14 people were injured, four seriously, in the major blaze at the resort of Courchevel.

Some 60 resort workers, including foreigners, were evacuated from a three-storey accommodation building after the pre-dawn blaze. 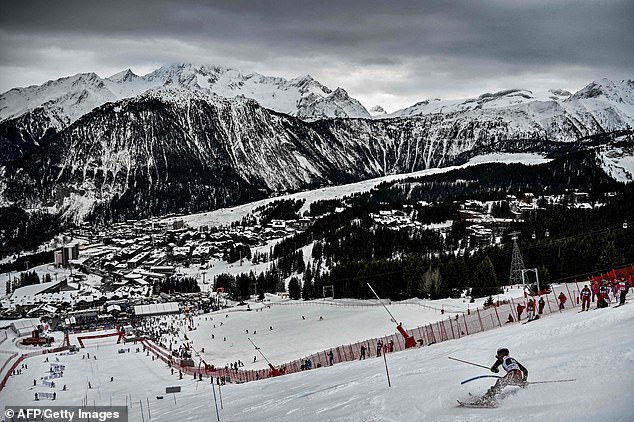 Firemen found the two bodies in a burnt-out area of the building.

Three of the four badly injured were flown to hospital by helicopter, the local officials said.

The cause of the fire is not immediately known but around 70 firemen had brought it under control by day-break.

Could this be the ultimate hack for train travellers?
Trump tells G20 he has 'no problem' stepping into North Korea
More than 1,000 people are evacuated on holiday island Gran Canaria
Hong Kong government withdraws bill that sparked protests
Lib Dem and SNP plot to offer Boris Johnson an EARLY election on December 9 is branded a 'stunt'
'Boris Johnson is a legend!' Labour candidate is left red-faced after praising Conservative leader
Horrific moment armed robbers shoot a British father dead and injure his stepson in Argentina
Norway's government collapses over decision to allow ISIS bride to return to the country from Syria