Emmerdale star Adam Thomas has admitted he ‘can’t wait’ to return to the soap a year after quitting his role as Adam Barton.

The soap star, 30, told he would be open to offers for him to reprise his role on the show, and joked he has ‘nothing going on’ after working as an estate agent last year.

Adam departed Emmerdale in early 2018 after nine years in the role, but as his character is currently on the run for a crime he didn’t commit, the door has remained open for his return.

Coming back? Emmerdale star Adam Thomas has admitted he ‘can’t wait’ to return to the soap a year after quitting his role as Adam Barton

He said: ‘I can’t wait to get back to Emmerdale, to be honest,’ before joking: ‘There’s nothing going on for me.’

Due to the nature of his exit storyline, Adam also revealed that the door had been left open for him to come back to the show, and is now ready to return after several other acting roles.

‘I’ve been speaking to a few of the cast and there’s been talks about me coming back but I’ve not heard anything just yet, so we’ll just have to wait and see,’ he added.

Since leaving Emmerdale Adam landed a role in Nativity: The Musical over the festive season, and is also set to appear in the BBC drama Pitching In later this year, which will also reunite him with his I’m A Celebrity campmate Larry Lamb. 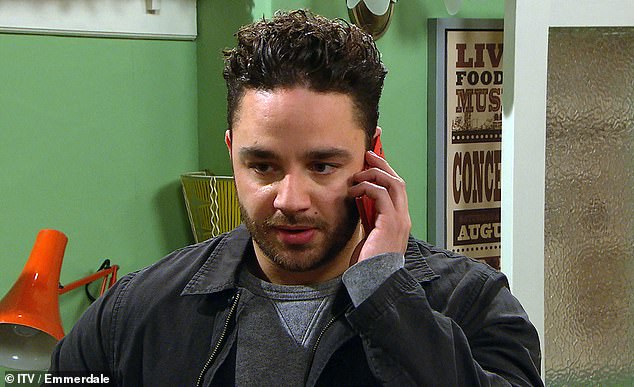 Gone: The soap star, 30, told The Mirror he would be open to reprising his role as Adam Barton (above) a year after he was last seen on the show

It was also reported in September that Adam had taken on a job as a sales executive at his friends property company, but he clarified on Instagram that this was just a steady income between acting jobs.

He wrote on Instagram: ‘Yes I am working in the property industry in between jobs because as a jobbing actor you can be out of work… that’s just the nature of the business…I haven’t nor will I ever turn my back on acting …but I have a family to support and will carry on doing so…whether it be acting or otherwise.’

Adam married his long-term girlfriend Caroline Daly in August 2017, and the couple are parents to son Teddy, four, and daughter Elsie-Rose, eight months. 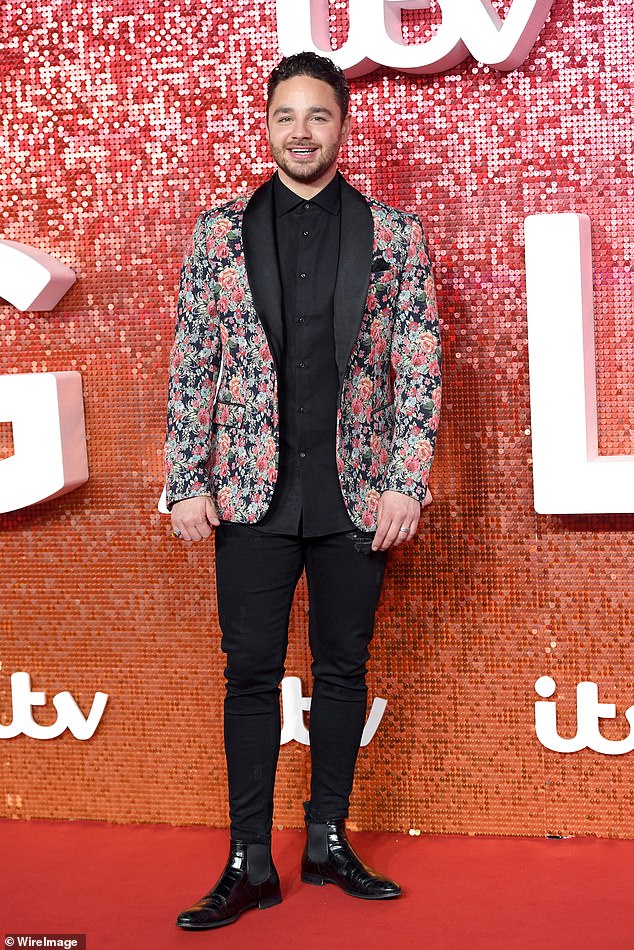 Ventures: Since quitting Emmerdale Adam has appeared in Nativity: The Musical, and also worked as a sales executive for his friend’s property company 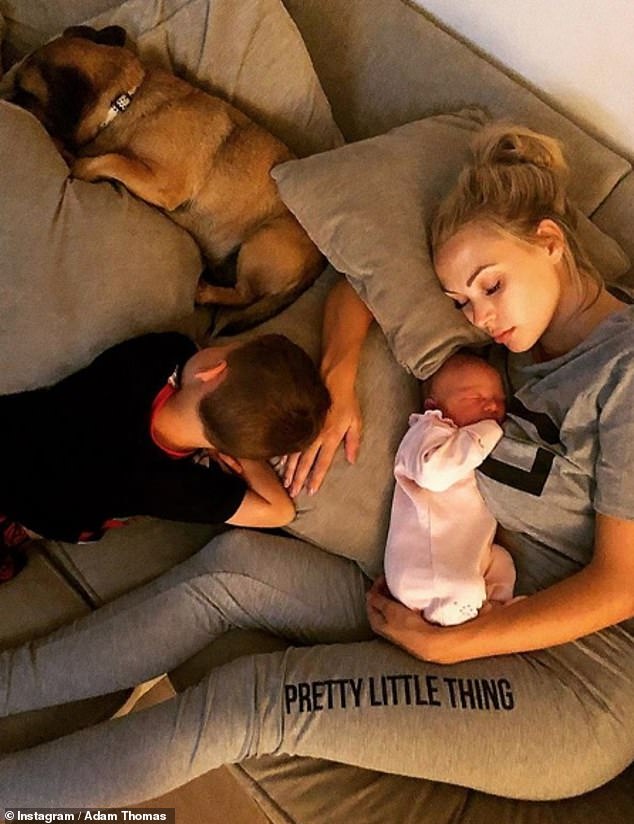 Family time: Adam married his long-term girlfriend Caroline Daly in August 2017, and the couple are parents to son Teddy, four, and daughter Elsie-Rose, eight months (above in May)

Fans last saw Adam Barton in the Emmerdale village in January 2018, when he was forced to go on the run after confessing to Emma Barton’s murder.

Of course this was all to protect his mum Moira – the real culprit – and thanks to some help from Cain and Aaron Dingle, Adam managed to escape prison, but had to say goodbye to his family and board a cargo ship bound for France.

But Aaron has been in secret contact with Adam since his departure, leaving many fans hoping that he would return to the village one day.

Adam also won a legion of new fans in 2016 when he appeared on I’m A Celebrity Get Me Out Of Here – finishing in third place. 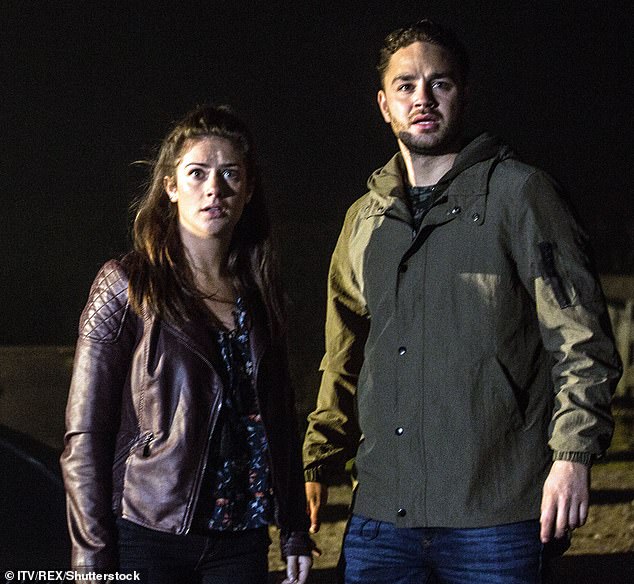 Innocent man: Fans last saw Adam Barton in the Emmerdale village in January 2018, when he was forced to go on the run after confessing to Emma Barton’s murder