The office of Special Counsel Robert Mueller has called the bombshell BuzzFeed report claiming told his former lawyer Michael Cohen to lie to Congress is false.

The special counsel’s office has issued a rare public statement disputing the accuracy of a news report saying that President Donald Trump told his personal attorney Michael Cohen to lie to Congress.

Spokesman Peter Carr says, “BuzzFeed’s description of specific statements to the Special Counsel’s Office, and characterization of documents and testimony obtained by this office, regarding Michael Cohen’s Congressional testimony are not accurate.” 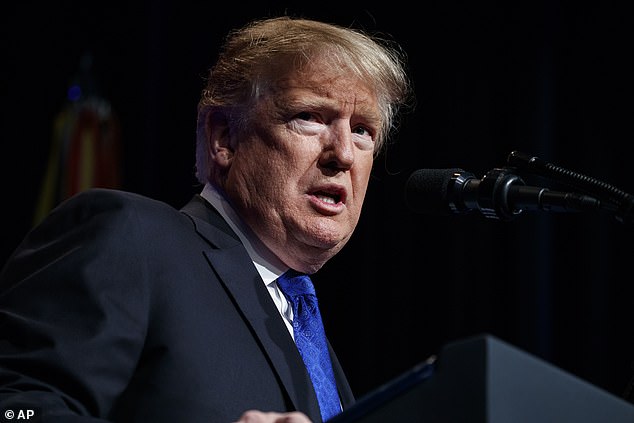 Earlier Friday longtime Trump lawyerCohen returned to his Manhattan apartment Friday after getting medical treatment – with his arm appearing to be in a sling on a day President Trump and his team once again branded him a liar.

Cohen could be seen with his left arm covered, hanging in a sling. He was holding a full-size white pillow against his body. His right hand had a small bandage of the kind used to cover a small wound by an IV.

He also wore a red identification bracelet of the kind distributed by hospitals. 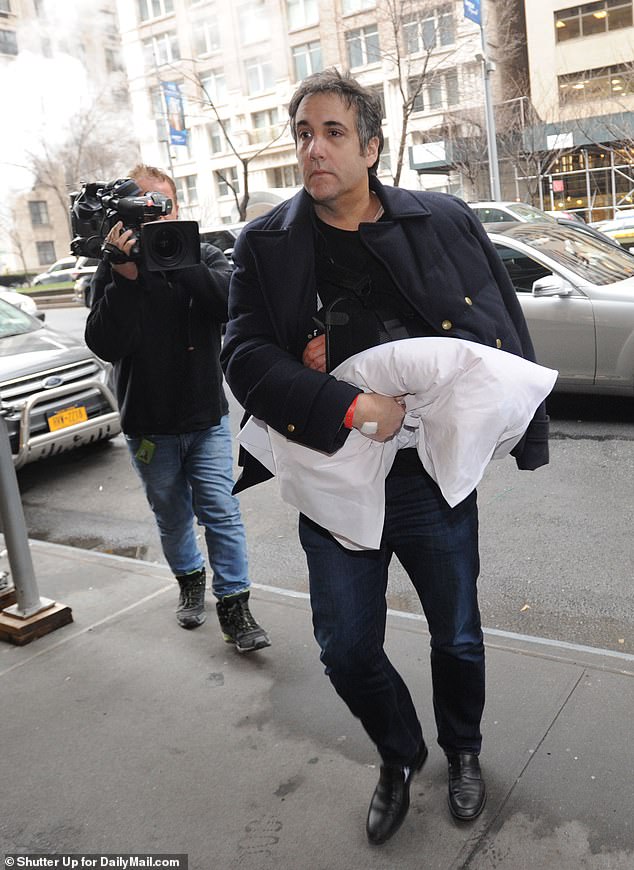 Michael Cohen arrives home to his apartment in New York City. The longtime Trump lawyer appeared to have his arm in a sling and had a pillow on top of his arm

Cohen got medical attention on a day when the longtime former fixer was once again a top topic on the news – this time following a bombshell report claiming the president directed him to lie in his testimony to Congress about a Trump Organization tower deal in Moscow that continued through the summer of 2016.

The report, if true, would constitute subornation of perjury – a felony crime. Obstruction of justice was the first order of impeachment against President Richard Nixon.

But Trump blasted his former lawyer and fixer Cohen on Friday as a liar who was ‘trying to reduce his jail time’ when he reportedly told Special Counsel Robert Mueller that a scheme to build a Trump Tower project in Moscow extended through the 2016 Republican National Convention and into the months before Trump became president-elect.

Rivals work together to PUSH ambulance with injured player in the back
How Meghan Markle has gone from ‘in-love’ fiancée to empathetic Duchess
R Kelly accusers come forward with their claims of sexual abuse
Your date with a Southern belle: How to spend 48 hours in Charleston
Lori Loughlin signs autographs in Boston ahead of court date
Seven people are shot near a Baltimore church
Alexis Ohanian recalls the horror of watching Serena Williams almost die
Prince Harry and Meghan make keynote speech at exclusive JPMorgan event in Miami