Motorists could face a £1000 charge for parking at work in a drive to combat pollution, it was reported last night.

At least ten councils in England and Scotland are considering the parking levy in a bid to reduce congestion in some of Britain’s most crowded cities.

The hefty fee – which will hit businesses with more than ten parking spaces – is designed to discourage drivers from driving to work.

It comes amid growing concern over levels of congestion and air pollution in city centres, which are particularly caused by slow-moving vehicles. 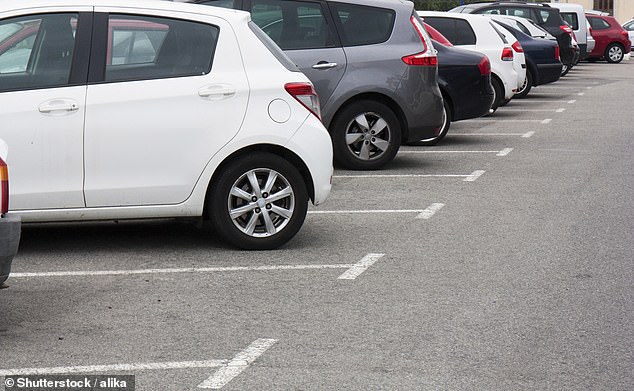 The hefty fee – which will hit businesses with more than ten parking spaces – is designed to discourage drivers from driving to work. But critics have said there is a lack of evidence to prove its effectiveness and that the fee could lead to people losing their jobs [File photo]

Britain has the worst congestion across western Europe with drivers spending an average of 31 hours a year stuck in peak-time traffic jams, according to traffic data company Inrix.

But the levy has been heavily criticised by AA who called it a ‘poll tax on wheels’ – adding that it’s unfair for businesses to pass the cost on to staff.

Nottingham is the only city to bring in the fee so far, but around four in ten businesses in the city pass the charge on to workers.

The charge, which has seen hundreds of teachers pay to park in the city, has generated 53.7million since it first came to fruition in 2012, the Times reported.

NHS staff are exempt and a majority of the money raised goes towards improving the tram network.

But critics have said there is a lack of evidence to prove its effectiveness and that the fee could lead to people losing their jobs.

He said: ‘This is complete madness. It’s yet another tax on motorists and all it will do is hit working people with the cost of living. It’s entirely the wrong thing to do.’

Hounslow in west London is considering charge an annual fee of £500 to £1000 per parking space, which is expected to raise up to £3.8million each year.

At least nine other councils are also pushing for the introduction of the parking fee to help raise cash for improved roadworks and public transport. 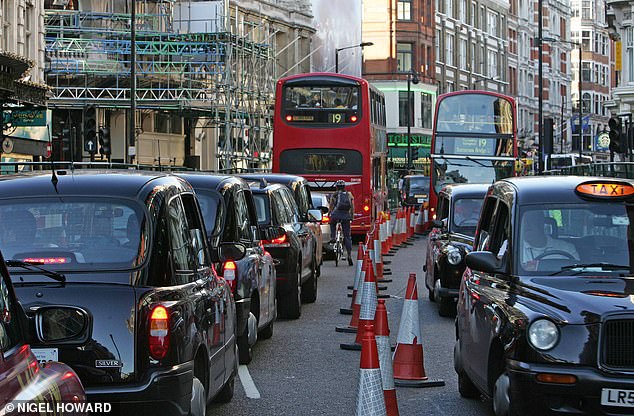 Britain has the worst congestion across western Europe with drivers spending an average of 31 hours a year stuck in peak-time traffic jams, according to traffic data company Inrix [File photo]

In Scotland, Edinburgh and Glasgow have made clear they want to introduce the levy.

Transport Secretary Chris Grayling was yesterday urged to block plans to introduce a similar charge unless they could prove it will reduce congestion.

AA president Edmund King said: ‘We need more incentives to switch to electric vehicles rather than a tax on work to drive businesses out of town or out of business. If it spreads to other cities, workplace parking levies could become the new ‘poll tax on wheels’.’

David Liversidge, portfolio holder for transport at Nottingham city council, said: ‘By investing in expanding our tram network, electric bus network and railway station improvements, we have been suc-cessful in constraining traffic growth, improving air quality through falling nitrogen dioxide emissions and having one of the highest levels of bus and tram usage outside London.

‘There is lots of interest across the country from authorities looking to introduce their own levies, including Oxford, Cambridge, Reading and London, and we’ll be interested to see who follows our lead.’

A Department for Transport spokesman said: ‘Measures to tackle congestion in local areas are a matter for individual councils and we have been clear that councils must properly and effectively consult local businesses and address any proper concerns raised if they wish to seek to implement such a scheme.’

Ex-Manafort aide Gates testifies on Cyprus accounts,...
Nearly 2,000 sex offenders have avoided jail over three years after being made to ‘apologise’
Builder is dubbed 'dad of the year' after sawing his son's £400 PlayStation in half
Lorry driver accused of killing a doctor says he fitted tray-table 'so he could be one of the lads'
Trump's impeachment articles will be read at noon today as John Roberts and senators are sworn in
Coronavirus UK: FTSE 100 up 3% after second worst day ever
Coronavirus UK: Job fears as tourism among industries hit
Police issue CCTV photos of people they think were behind toppling of Edward Colston statue