Ryanair CEO Michael O’Leary has said that Brexit could lead to a drop in air fares, as the budget airline issued a profit warning.

Ryanair said that winter fares are expected to fall seven per cent, a much bigger drop than the previously guided fall of two per cent. 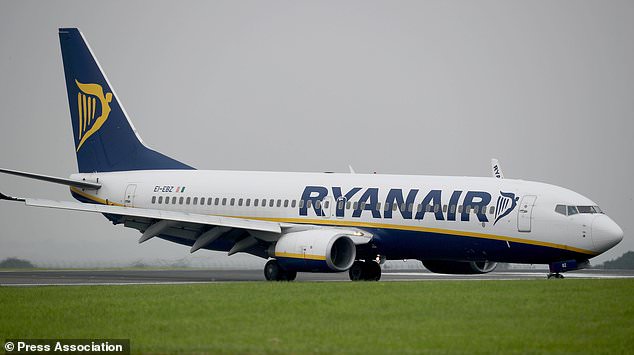 Last year, Ryanair booked a profit of 1.45 billion euros (£1.2 billion) and the downgrade represents the second warning in quick succession.

In October the airline said profits would be knocked by a spate of crew strikes and rising fuel prices.

He said: ‘There is short haul over-capacity in Europe this winter, but Ryanair continues to pursue our price passive/load factor active strategy to the benefit of our customers who are enjoying record lower air fares. 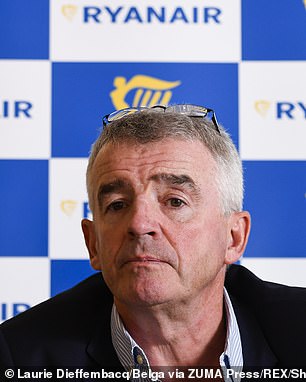 ‘While we have reasonable visibility over forward quarter four bookings, we cannot rule out further cuts to air fares and/or slightly lower full-year guidance if there are unexpected Brexit or security developments which adversely impact yields between now and the end of March.’

Mr O’Leary also said that the competitive environment will ‘shake out’ some of Ryanair’s rivals.

‘We believe this lower fare environment will continue to shake out more loss making competitors, with Wow, Flybe, and reportedly Germania for example, all currently for sale,’ he said.

Ryanair will release its third quarter results on February 4.

George Charles, from www.MoneySavingHeroes.co.uk, said: ‘Ryanair was always known as the airline to go with if you were looking to fly on a budget.

‘In recent times they have faced competition from Jet2Holidays, which has given people the choice when deciding what airline they want to go with. This could be a big factor in why their profits have fallen, as people will always look for the better all-round holiday package.

‘Despite Ryanair’s appealing prices and them announcing that they cannot rule out cutting air-fares further, the startling fact that they have been named the UK’s least-favourite short-haul airline for six years running [in a survey by Which?] does not bode well.

‘It’s hard for any business to recover from such a large amount of negative press, including the coverage of the strikes and hundreds of cancelled flights last summer. However, with the country still facing an uncertain future, Britons will likely continue to fly with Ryanair in an effort to save money in any way they can.’

Gang dealing with jail after plot to make use of jet-ski to smuggle...
China central bank lends 532.00 bln yuan via...
Terror in Chicago neighborhood as police hunt for masked gunman believed to have shot dead two
Chance Hogan denies being 'a satanic devil worshipper' after posting troubling pictures and vomiting
Drinker claims he flicked a cheese puff over his shoulder into woman's drink 20ft away
Commodore commands new aircraft carrier HMS Queen Elizabeth for final time after being reassigned
Australia fights back against Beijing after China imposes tariffs
Dozens of overcrowded Spanish beaches are forced to close