Make no mistake. may have told the Commons last night that the prospect of No Deal is a ‘catastrophe’ and would lead to ‘chaos’.

But I am convinced that those were merely weasel words designed for public consumption, whereas the truth is that the Labour leader secretly yearns for no deal. He sees the prospect of Britain crashing out of the EU with No Deal as a godsend.

It offers him the opportunity to destroy the democratic political system that has served this country so well for centuries. 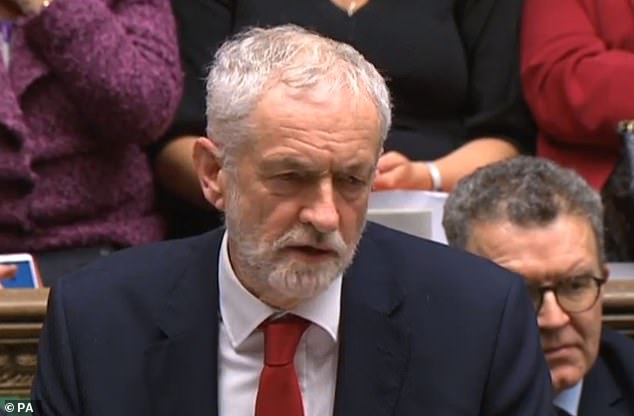 Make no mistake. Jeremy Corbyn may have told the Commons last night that the prospect of No Deal is a ‘catastrophe’ and would lead to ‘chaos’. But I am convinced that those were merely weasel words designed for public consumption, whereas the truth is that the Labour leader secretly yearns for no deal. He sees the prospect of Britain crashing out of the EU with No Deal as a godsend

He and his comrades believe they could sweep to power and replace it with the kind of full-blooded socialist revolution, along the lines of the one that Vladimir Lenin inspired in the Soviet Union, that has long been their dream.

The reason I say this and believe that Mr Corbyn was speaking last night with forked tongue is because of what I learned during a private conversation with someone with very close links with Mr Corbyn’s inner circle.

Until Tony Blair stepped down as Labour leader in 2007, I was proud to be a member of the party.

I chaired my local branch and worked at the Commons as an adviser to a former Labour Cabinet Minister.

Despite having left the party some time ago, I still have many friends in it, including some with strong contacts with Jeremy Corbyn’s team, and I meet up with them from time to time.

It was at one such meeting, attended by a senior Labour figure with access to Mr Corbyn’s acolytes, that I discovered the thinking behind the Labour leader’s whole approach to Brexit.

Chaos is exactly what he wants. And a No-Deal Brexit would be the swiftest way to achieve that. To Mr Corbyn and his fellow socialists and Marxists who run today’s Labour Party, chaos is the pre-requisite to achieving revolution.

As well as doing everything he can in Parliament to bring about the fall of the May Government, all his energies are directed at trying to bring about his lifelong wish for a social revolution. Mr Corbyn, his director of communications Seumas Milne, Shadow Chancellor John McDonnell and their allies are now convinced they are on the brink of achieving it. 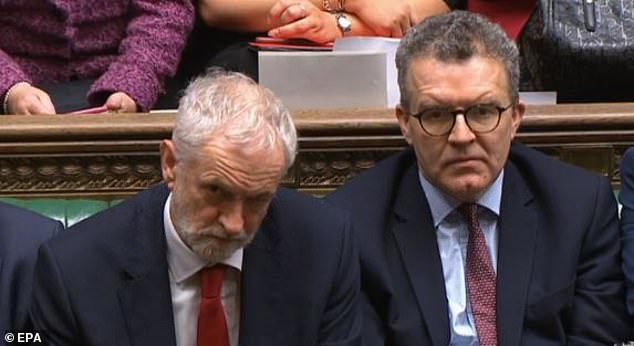 Crucially, therefore, they are playing a game which they hope will end with Britain crashing out of the EU without a deal – regardless of all the ‘catastrophic’ damage that he last night warned it would cause the country.

Indeed, they are revelling in the idea of post-Brexit havoc, for which they would then put all the blame on the Tories. This explains why Labour’s parliamentary tactics have appeared so confusing.

True, like him, Corbyn’s supporters say in public that they fear a No Deal would be a disaster. But such concern is two-faced because they would be perfectly happy if it happens – if they can’t have a general election instead.

The economic downturn, social unrest, medicine and food shortages and street protests widely predicted after a No-Deal Brexit all fit perfectly into their Leninist prescription for revolution.

For Corbynistas, this offers a once-in-a-lifetime moment. The Soviet leader believed that a revolution only happens when a number of factors come together and when four key conditions are met. First, a country facing a serious crisis sees its ruling class no longer able to govern and it splits into different factions. 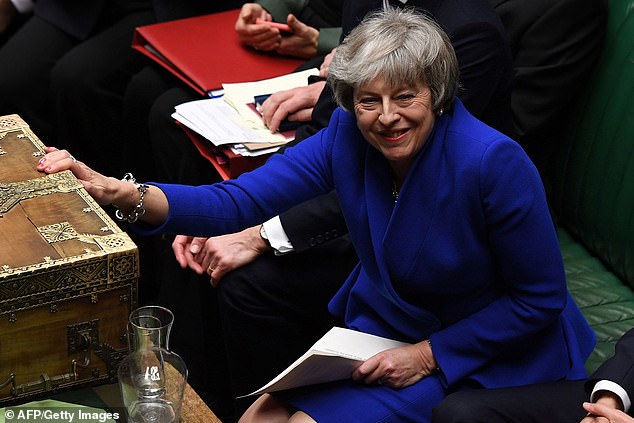 Ultimately, all this explains why Mr Corbyn is reluctant to offer any plausible alternative to Mrs May’s deal. It also explains his visceral antipathy to the idea of a second referendum

Second, Lenin said that the middle class had to start losing faith in the prevailing political system. This is where Labour’s wish for No-Deal chaos fits in. If the Government cannot secure basic foods for people and there are queues outside shops and even riots on the streets, the opportunity opens for revolution.

Third, the working class has to realise that it must challenge and fight existing political structures as the only way of guaranteeing survival. This is the classic blueprint of revolutionary socialism that John McDonnell and his ilk have preached all their adult lives. In 2010, for example, he described rioting students as ‘the best of our movement’. The following year he criticised a jail sentence given to a student who had thrown a fire extinguisher from a roof during those riots, almost hitting a police officer. ‘Actually, he’s not the criminal,’ said Mr McDonnell. ‘We have got to encourage direct action in any form it can possibly take.’

Lenin’s fourth pre-condition was the presence of a Marxist leadership of the workers’ movement. This is precisely what is offered by Labour under Jeremy Corbyn. As Mr McDonnell has put it, street action is real democracy. He has said: ‘You can’t change the world through the parliamentary system.’ This view was stressed in a foreword he wrote to a pamphlet by a Trotskyite group called Permanent Revolution. He supported what were described as ‘timely’ proposals which included demands for a ‘militant movement’ to carry out a ‘revolution’ and overthrow the Government.

The document also advocated for the working class to be ‘armed’ and for the Army and police to be replaced. Indeed, Mr McDonnell and his fellow comrades have never made a secret of the fact that they see membership of the Labour Party as ‘a tactic’ to advance revolutionary socialism.

Ultimately, all this explains why Mr Corbyn is reluctant to offer any plausible alternative to Mrs May’s deal. It also explains his visceral antipathy to the idea of a second referendum.

Although he claims he wants those in the party’s grassroots – the majority of whom are clamouring for a second vote on EU membership – to decide Labour policy, this would not necessarily get rid of the Tory Government or secure a Leninist revolution.

For hundreds of years, the greatest strength of this country’s democracy has been that, even in wartime or during periods of strife such as the 1978-9 Winter of Discontent, Parliament has been a bulwark against chaos.

However, considering MPs’ behaviour over recent months, that bulwark can no longer be relied upon. Its removal offers Mr Corbyn an opportunity he’s been craving ever since becoming an MP in 1983. Not for nothing has he described Lenin’s mentor Karl Marx as a ‘great economist’ or why Mr McDonnell says Das Kapital is his favourite book.

Straight man falls in love with transgender woman he met on a dating site
Trump boasts Egypt's dictator who is angling to stay in power until 2034 is 'doing a great job'
Leading cancer expert died after a one in 100,000 reaction to a yellow fever jab
D-Day heroes mark 75th anniversary by returning to Normandy serenaded by Rod Stewart
William shares cute snap of Prince Louis and pays tribute to his own father Charles for Father's Day
Teenager, 16, suffers horrific burns on her back after just an hour snorkelling in Cuba
Jeremy Corbyn says a Labour government would not block a second referendum on Scottish independence
Thrill seeker falls ill on Alton Towers Th13teen ride