Megyn Kelly was seen in on Monday going to yoga with friends while her husband Douglas Brunt appeared downcast even though his wife just made off with a $69million payday from NBC.

The television host who was unceremoniously pulled from the airwaves by NBC after she said it was okay for white people to wear blackface on looked relaxed while kibbitzing with friends in Manhattan.

In photos obtained exclusively by DailyMail.com, Kelly and two other women appeared chummy while braving the frigid New York temperatures.

The former host of the third hour of TODAY was wearing a winter vest with a sweater underneath. She also wore black leather gloves, tights, and athletic sneakers. 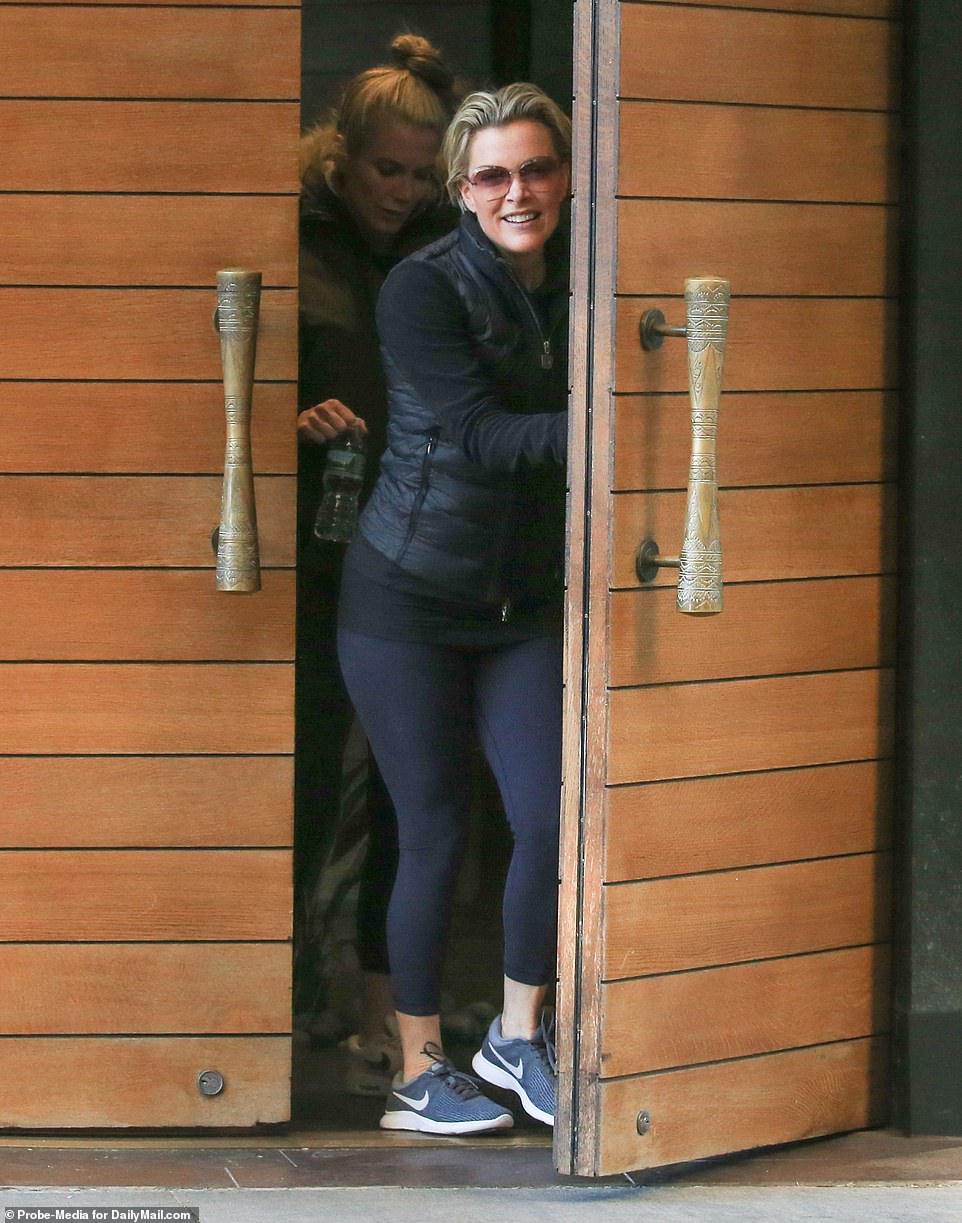 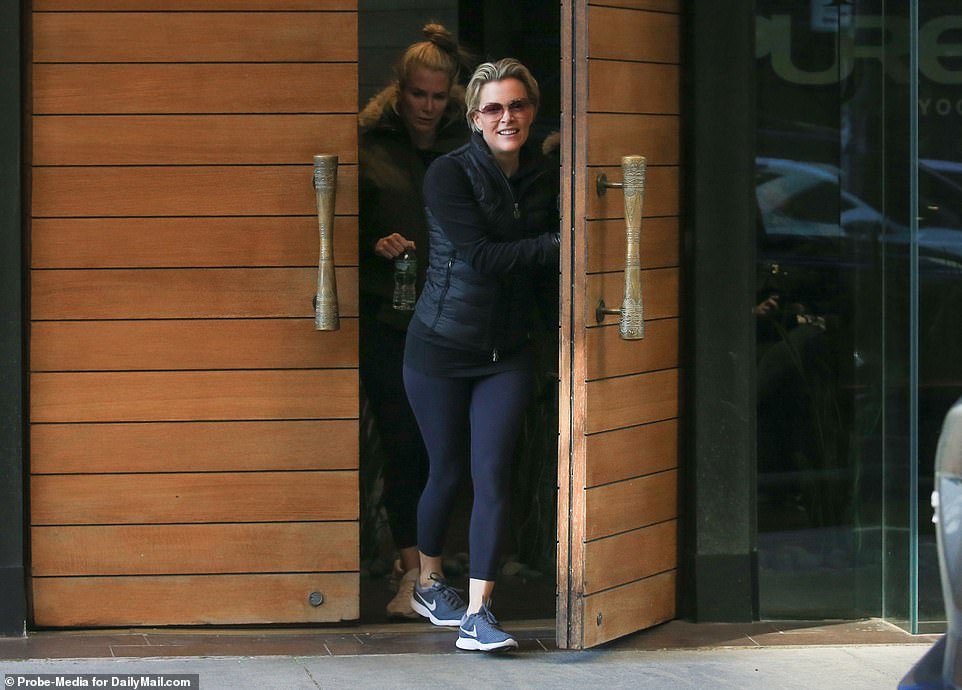 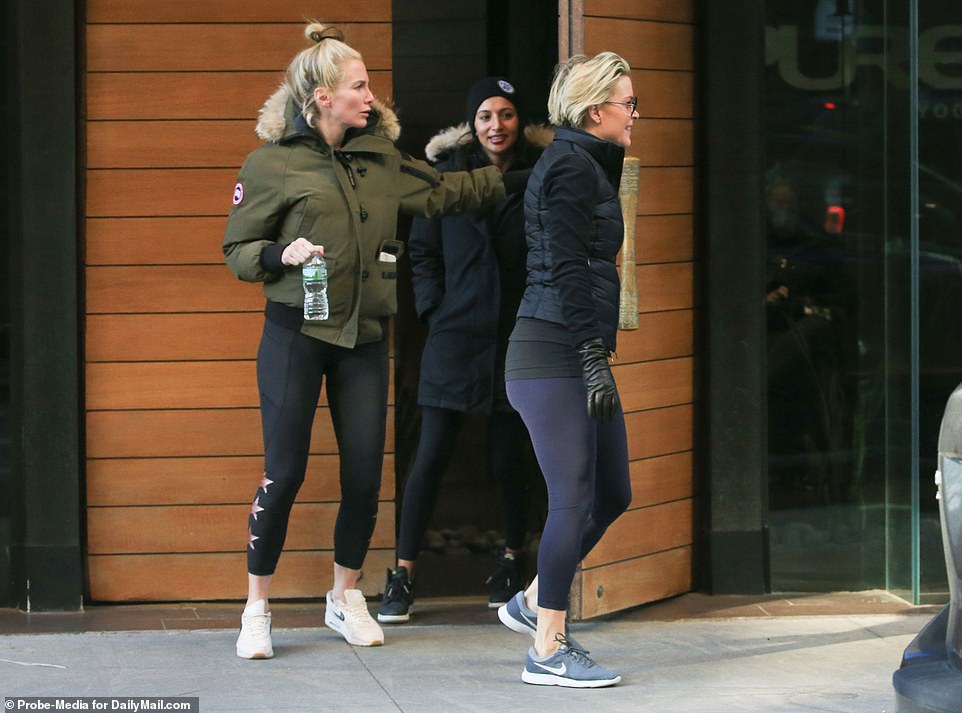 Her two friends, meanwhile, both bundled up in Canada Goose coats.

Brunt, the author, was also seen near the couple’s apartment taking their children to school.

He appeared somewhat melancholy while doing his duty as a doting father.

Last week, Kelly officially cut ties with NBC after her lawyers and the network’s parent company, Comcast, hammered out a severance agreement.

Kelly was paid a lump sum of $30million, which is how much was left on the original $69million contract she signed with the Peacock Network in 2017.

Meanwhile, it doesn’t appear that her former colleagues at TODAY are shedding tears over her departure. 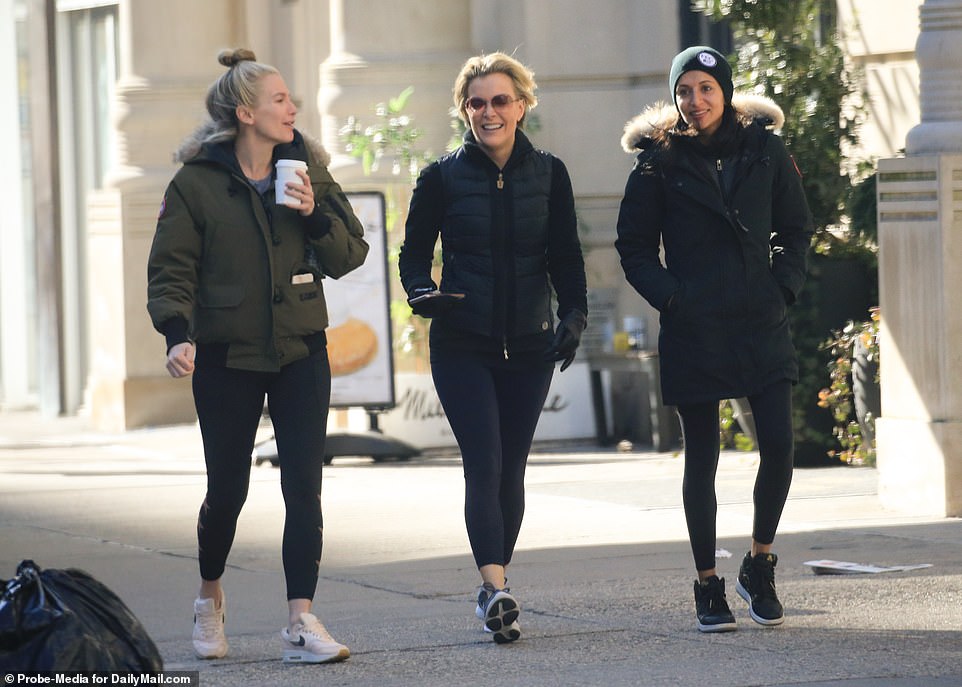 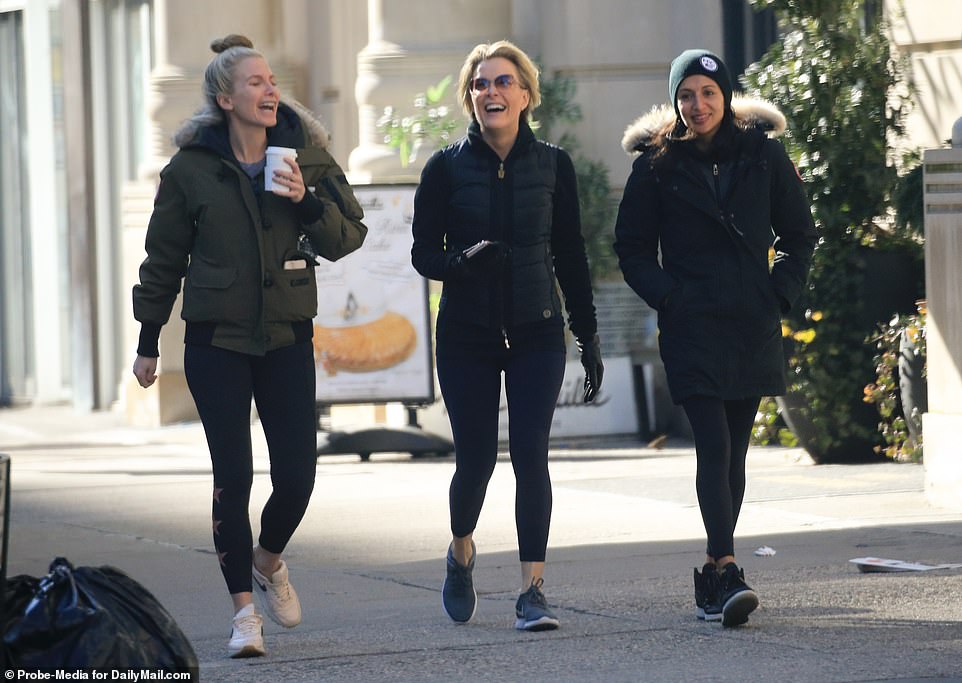 The former host of the third hour of TODAY was wearing a winter vest with a sweater underneath. She also wore black leather gloves, tights, and athletic sneakers 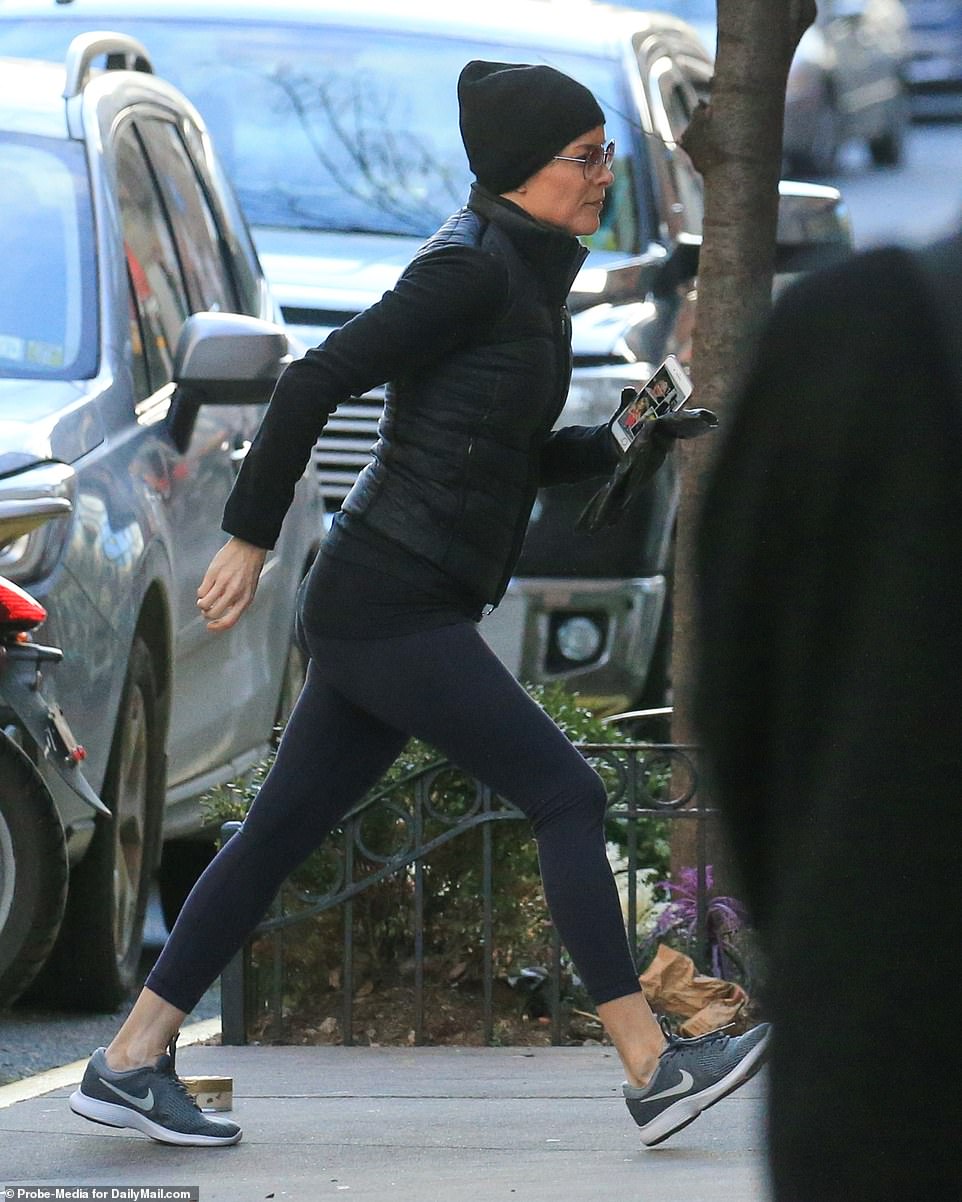 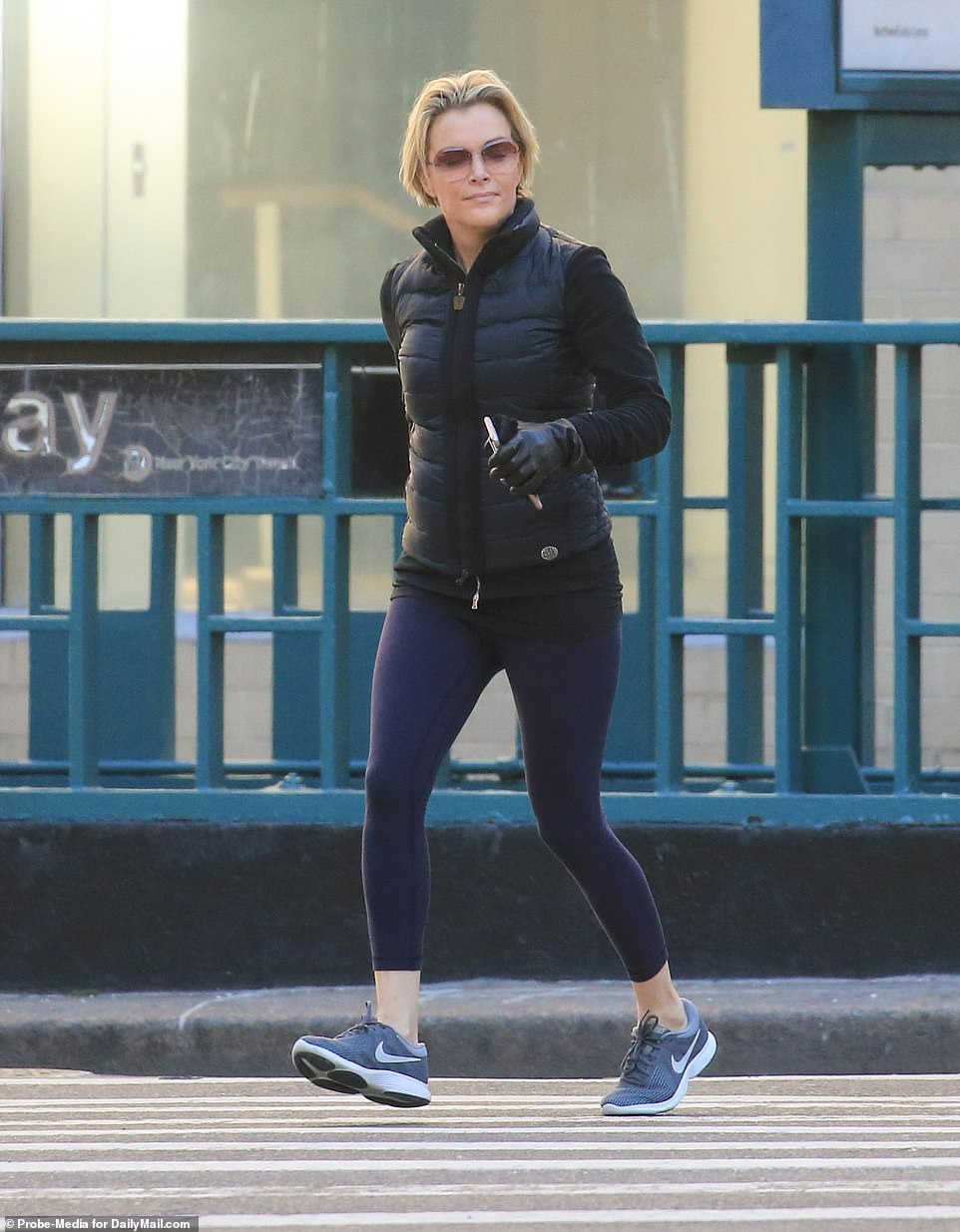 Last week, Kelly officially cut ties with NBC after her lawyers and the network’s parent company, Comcast, hammered out a severance agreement 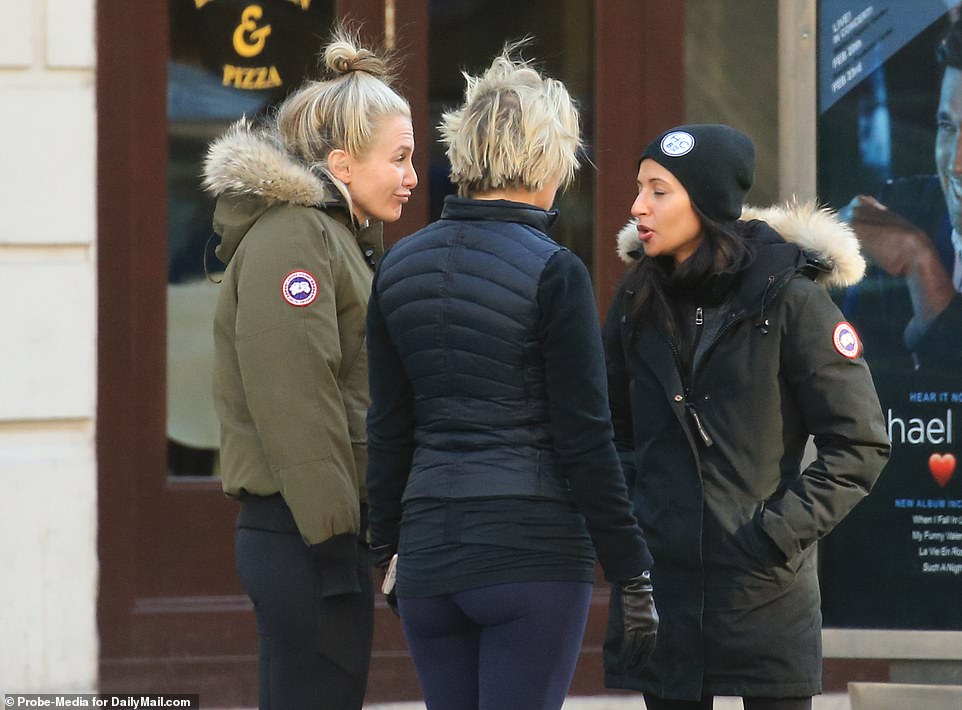 Kelly is a resident of Manhattan’s Upper West Side. She is married to Douglas Brunt, a bestselling author, with whom she shares three children 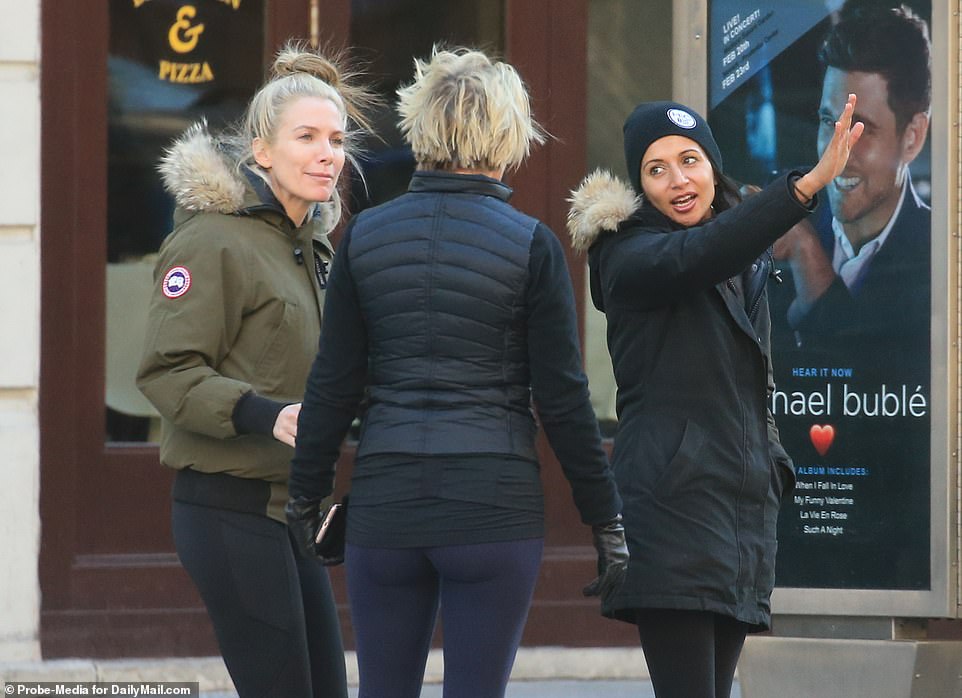 Nielsen ratings show that in the three months since Kelly was ousted over her remarks on blackface, viewership has increased close to 20 percent in both the key demo and total audience.

What’s more, NBC is saving a whole lot of cash after moving the show back into Studio 1A.

They will no longer have to pay the additional costs associated with Kelly’s hour, which aired in front of a studio audience in its own larger studio that underwent a $10million renovation prior to her debut.

In the fourth quarter, total viewers increased by 15 percent and viewers in the key demographic of adults aged 25 to 54 were up 19 percent. 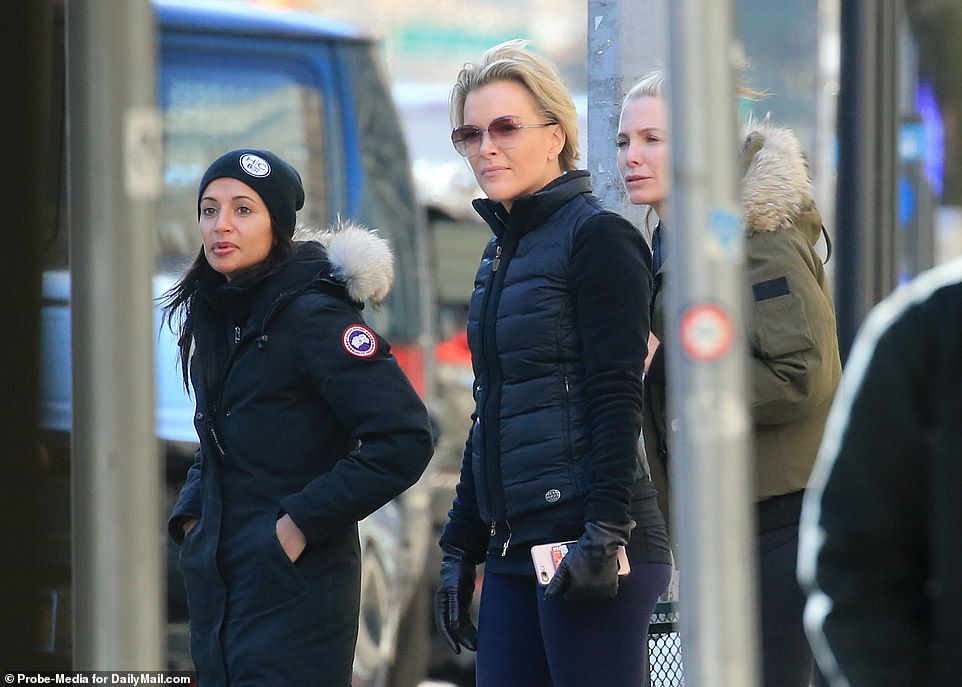 Although the wind chill in Manhattan was between 20 and 30 degrees, Kelly braved the cold, not bothering to put on a beanie 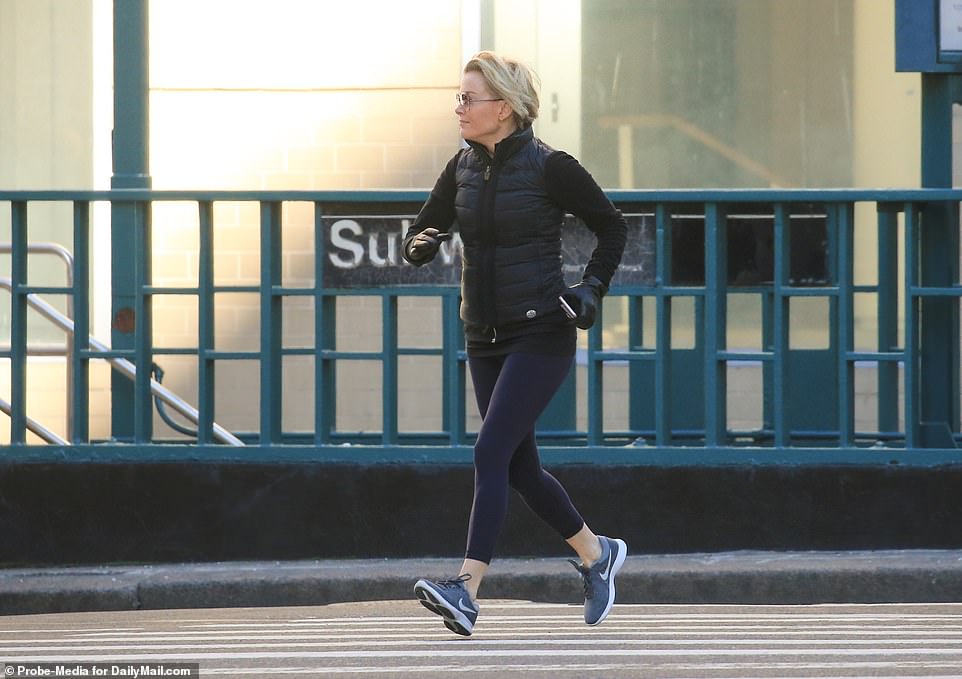 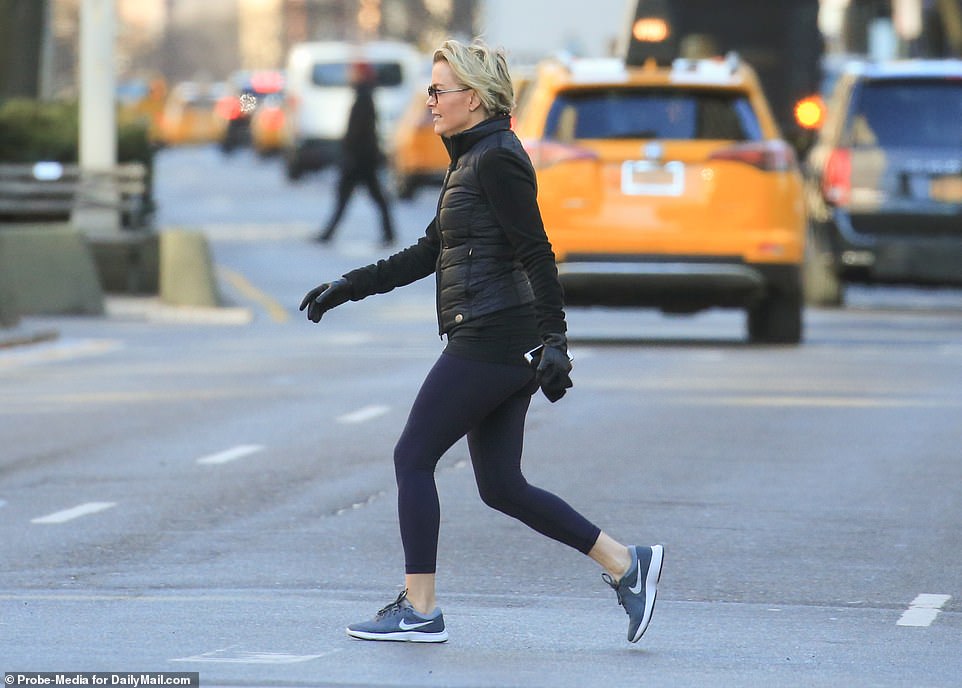 The third hour retaining far more viewers now as well, with numbers slowly climbing back up to where they were before the arrival of Kelly.

The show is also up across the board compared to the same time period last year, and up double digits in total. 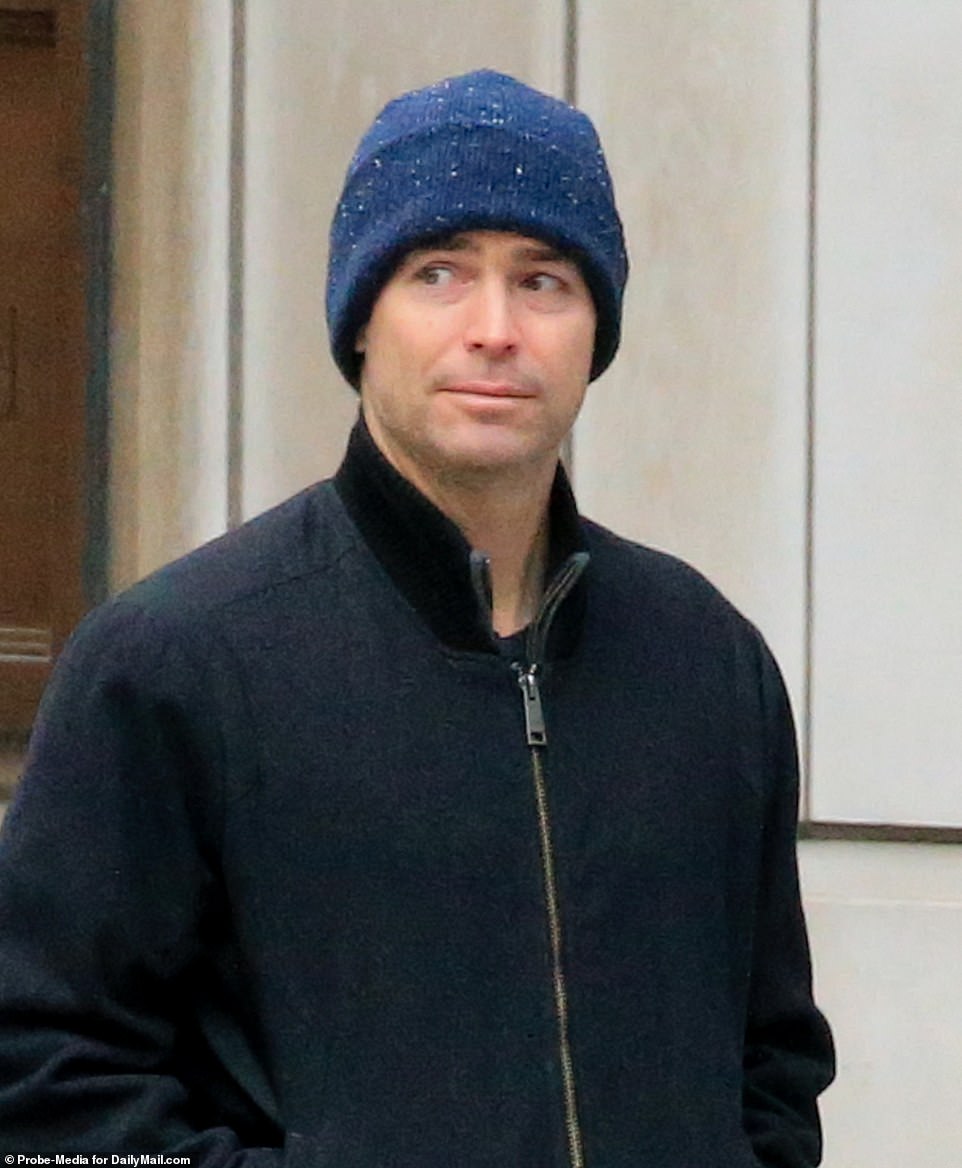 Earlier, Brunt did the school run with the nanny who was carrying a Louis Vuitton tote 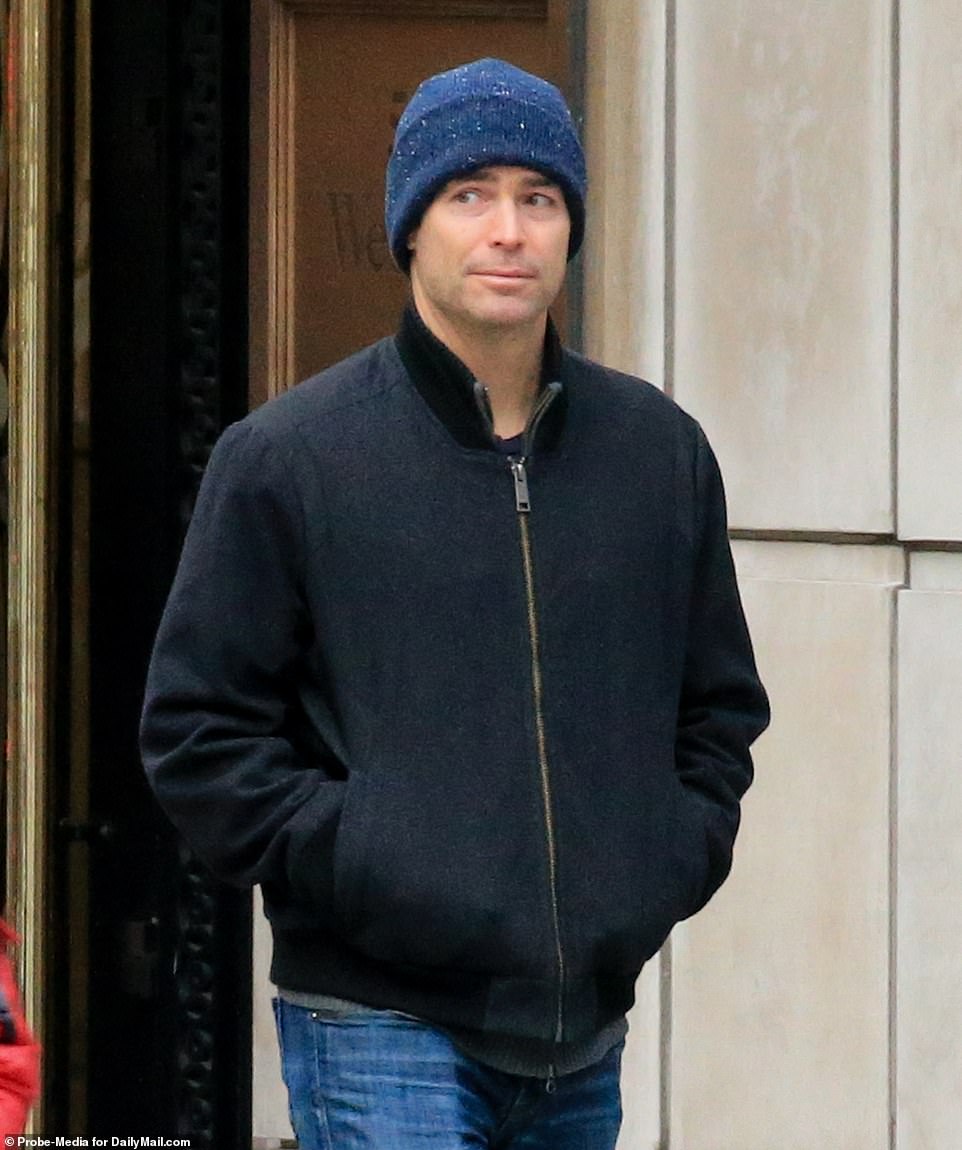 Brunt, the doting father, wore a melancholy look on his face while taking his kids to school

She fired back at that remark by tweeting: ‘I’m sure that’s hysterical to the families of the murder victims the president just discussed.’

Trump made mention of Americans killed by undocumented immigrants, which he believes is justification for building a wall along the border with Mexico.

Meyers was the first to call out Kelly for her support of blackface in a segment taped for Late Night just hours after she made her remarks.

Meyers summarized the scandal before stating that he did not feel comfortable speaking on the subject, and welcoming writer Amer Ruffin to the stage.

Ruffin then spent the next three minutes offering up a blistering and frequently hysterical response to Kelly’s remarks earlier in the day. 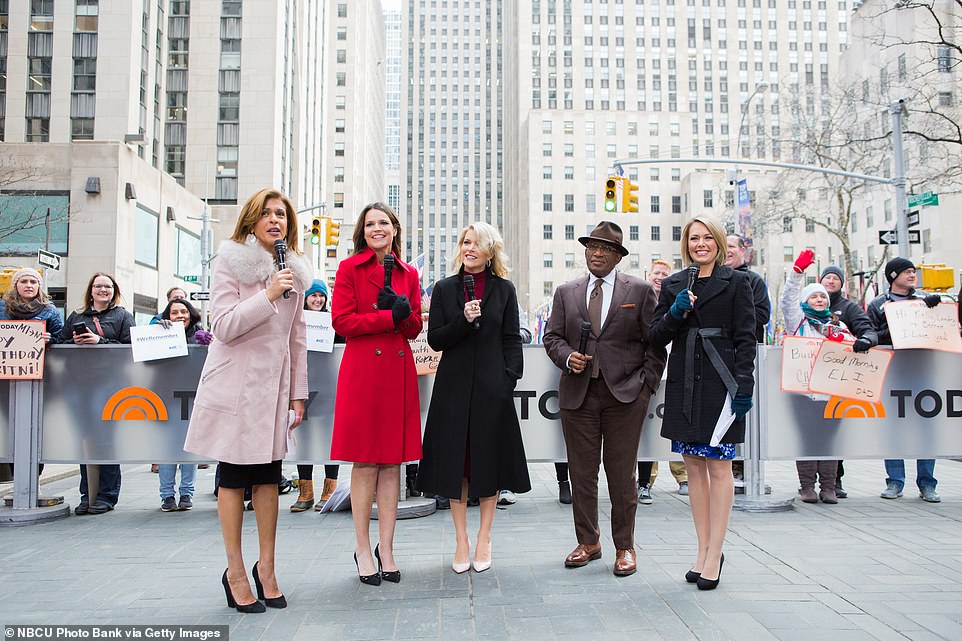 Her former TODAY colleagues are shedding tears over her departure. Nielsen ratings show that in the three months since Kelly was ousted over her remarks on blackface, viewership has increased close to 20 percent in both the key demo and total audience

Kelly’s exit from NBC News was finalized last week after months of painstaking negotiations over what she can say about her now-former bosses and colleagues.

As per the terms of her $30million severance agreement with the Peacock Network, Kelly will not be permitted to dish dirt about what took place behind the scenes at 30 Rockefeller Plaza.

NBC management insisted in talks with Kelly that she sign the non-disparagement clause in exchange for her receiving the full sum of the original $69million contract she signed with the network in the summer of 2017.