It may be ‘Veganuary’, but goat meat is to become the top food trend of 2019, according to experts.

Supermarkets have been secretly testing recipes for goat sausages, meatballs and ready meals which soon be on shelves as an ‘ethical’ alternative to traditional meat.

While goat’s cheese and milk has steadily increased in popularity, goat meat is not yet stocked by any of the major food retailers.

But goat meat is poised to enter the mainstream market as one of this year’s top food trends, according to Good Food magazine. 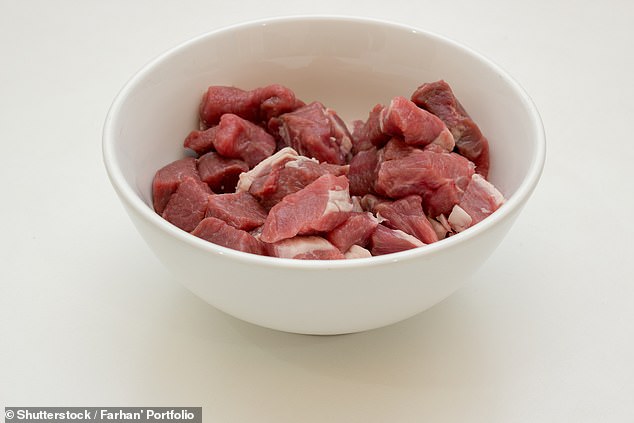 Almost 100,000 young male goats are culled each year because they cannot produce milk and cheese and there is less demand for their meat, according to campaigners [File photo]

Young goat meat tends to be tender and milder in flavour, similarly to lamb, while meat from oldest goats is stronger in taste and tougher.

Campaigners, including food broadcaster Hugh Fearnley-Whittingstall, have supported the Goatober initiative, which aims to raise awareness about wastage in the goat dairy system and encourage suppliers, restauranteurs and individuals to sell and cook with goat meat.

Almost 100,000 young male goats are culled each year because they cannot produce milk and cheese and there is less demand for their meat, according to campaigners.

James Whetlor, the founder of Cabrito, a Devon based goat meat supplier and a former chef at Fearnley-Whittingstall’s River Cottage, said: ‘These products are in the final stages of development and finally people are realising that it’s right that goat meat should be eaten, as these animals are being euthanised anyway and going to waste.’

Sales of goat cheese and milk have increased over the past five years, with cheese sales up from £27 million to £30.5 million, according to Kantar World panel data.

Goat milk sales are up from £29.5 million to £32 million over the same period. 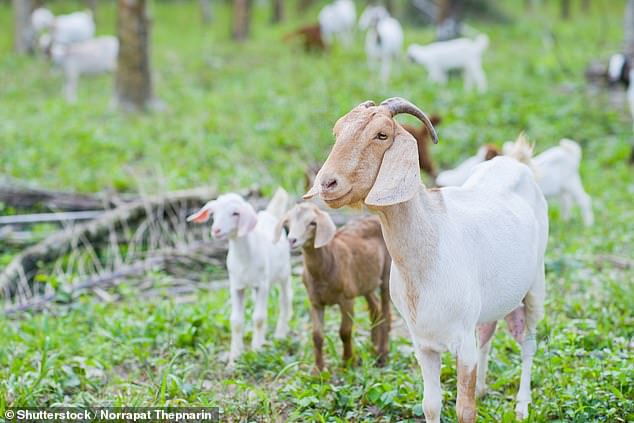 While goat’s cheese and milk has steadily increased in popularity, goat meat is not yet stocked by any of the major food retailers [File photo]

Experts warn women are adopting veganism to cover up eating disorders
These children all have invisible friends who really existed
France's Prime Minister sacks Paris police chief and bans Yellow Vest protests on Champs Elysees
British Steel 'is set to go into insolvency process today'
Fears for 227-year-old lighthouse after bungalow next to it is partially washed away by storm
Mosque's dome collapses during construction in Turkey, trapping an engineer beneath the wreckage
Fears 14-day coronavirus quarantine is too short after pensioner took 27 days to show symptoms
Trump announces anti-malaria drug is approved to treat coronavirus - but FDA corrects him