A Belarusian model who sensationally claimed she had proof of Russian efforts to help win office appeared in court Tuesday for the expected start of her trial over running a ‘sex training course’ in .

Anastasia Vashukevich, known by her pen name Nastya Rybka, has been held in custody since a police raid in the sleazy seaside resort of Pattaya last February.

Vashukevich looked sombre as she arrived at the court alongside her seven co-defendants, who are on trial for multiple charges including soliciting sex. 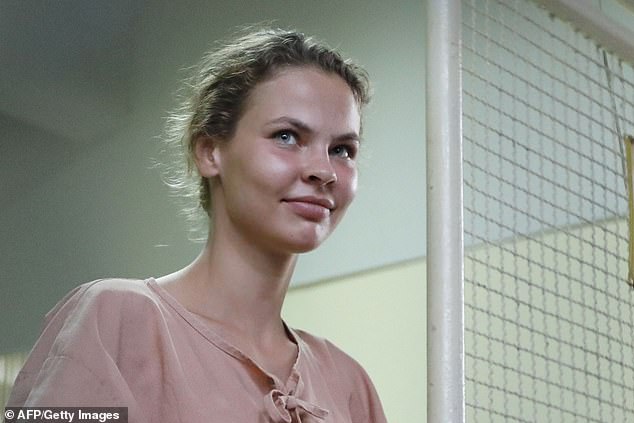 Anastasia Vashukevich, known by her pen name Nastya Rybka, has been held in custody since a police raid in the sleazy seaside resort of Pattaya last February 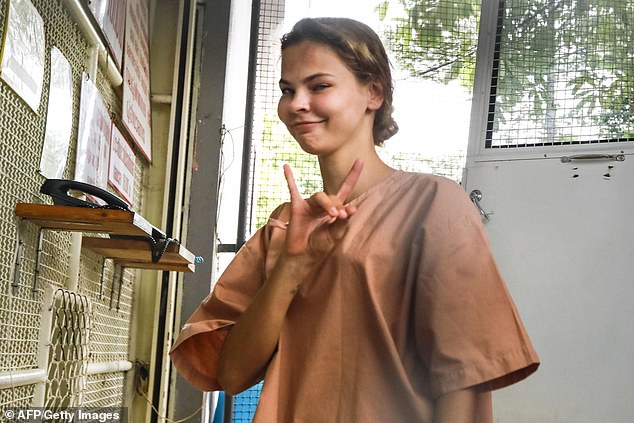 She had travelled to Thailand after becoming embroiled in a political scandal with Russian aluminium tycoon Oleg Deripaska, a one-time associate of US President Trump’s disgraced former campaign director Paul Manafort.

In a peculiar tale she set off a scramble for details after promising to reveal ‘missing puzzle pieces’ on claims the Kremlin aided Trump’s 2016 election victory.

No material has been released to substantiate her claims, which critics have dismissed as a publicity stunt.

Kirillov, who has served as a spokesperson for the mostly Russian group, told reporters he believes they were set up.

‘I think somebody ordered (our arrest)… for money,’ he said as he arrived at court.

The group have pleaded not guilty, saying they were only training people on ‘how to seduce men and women’ and not participating in sexual activity. 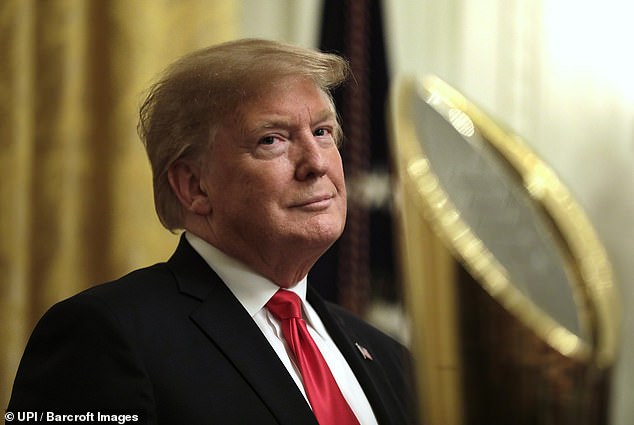 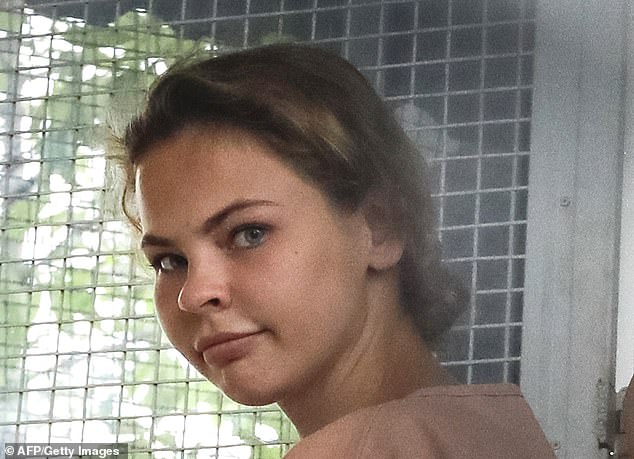 Vashukevich, who has penned a book about seducing oligarchs, also faced legal problems in Russia. Pictured arriving at court on August 20, 2018

Supporters of the defendants say the seminar was geared towards offering romance and relationship advice.

Vashukevich and Kirillov have expressed fear of being deported back to Russia and at one stage called on Washington for help.

But Vashukevich later blamed the US for their imprisonment.

Both Washington and Moscow have publicly shrugged off Vashukevich’s story, which the US State Department described as ‘bizarre’.

Vashukevich, who has penned a book about seducing oligarchs, also faced legal problems in Russia.

Deripaska won an invasion of privacy lawsuit against her in July after a video apparently filmed by the model showed the tycoon vacationing with an influential Russian deputy prime minister.

Kremlin-connected Deripaska and Manafort, Donald Trump’s ex-campaign manager, did business together in the mid-2000s.

Manafort has since been convicted in the US of financial crimes related to political work he did in Ukraine before the 2016 election as well as witness tampering.

He has also admitted to providing polling data to a Russian with intelligence ties during the 2016 presidential race.

Swimmer used her final breath to alert surf lifesavers that she was just seconds from death
Ringo Starr and Yoko Ono stage Beatles-themed 'Bed-In' in New York City
At least eleven children die and 54 people are injured ‘in a Saudi-led airstrike'
New app Youtility lets users see all their outgoings in one place and they can switch supplier
Newly-crowned Miss England, 23, swaps her tiara for a stethoscope as she starts new job as a doctor
Devastated NSW and SA communities count the cost after weekend of bushfire hell
Boris Johnson 'will defy US fury and Tory backbenchers' to approve 5G role for Huawei
Six Premier League players from three different clubs record POSITIVE coronavirus tests