is facing a fresh headache as Europhiles on her backbenches gang up to seize control of .

Pro-Remain Tories were last night accused of plotting to re-write parliamentary rules to put them in the driving seat if the Prime Minister is defeated in the Commons tomorrow.

Former Attorney General Dominic Grieve will today team up with  leader Sir Vince Cable to publish draft legislation revealing how they could push for a second referendum.

Meanwhile, former Tory ministers Sir Oliver Letwin and Nick Boles will host a meeting of like-minded MPs to plan how they will block a ‘no-deal’ Brexit.

It comes after 20 Tory MPs last week helped inflict a humiliating defeat on the Government over Brexit after Commons Speaker John Bercow tore up parliamentary convention.

As Britain prepares for a tumultuous week in politics, Andrew Pierce profiles the plotters-in-chief and the MPs conspiring to stop a hard Brexit. 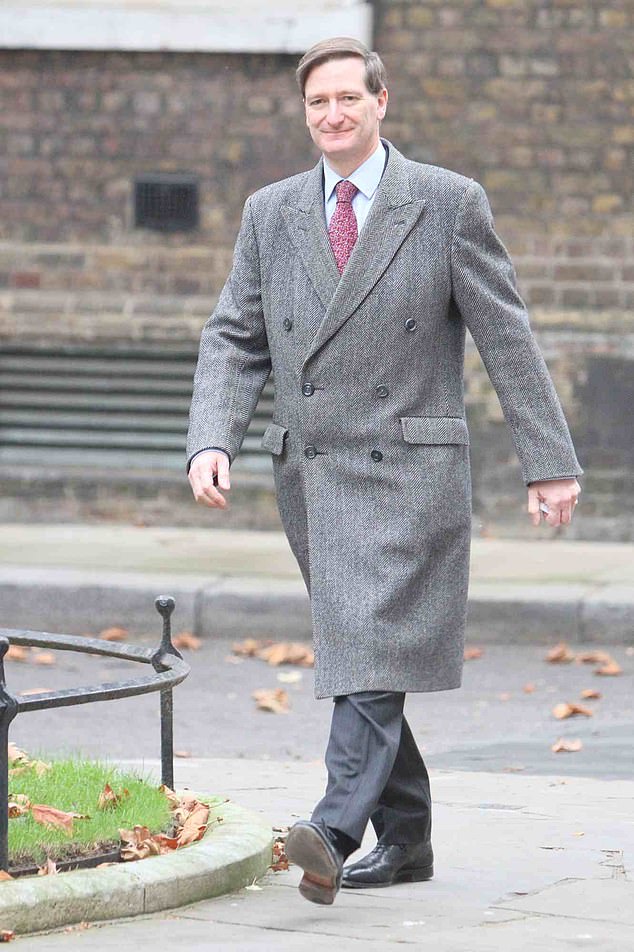 Dominic Grieve, 62: (Beaconsfield, Leave vote 50.7%) – Happy to risk a general election rather than see a no deal

Still brooding over his ministerial career ending more than four years ago when he lost his job as Attorney General.

Assumed he had been destined for greater things. A Francophile with a French mother and QC father who was a Tory MP.

Educated at a French school, Westminster (annual fees up to £37,700) and Oxford.

Happy to risk a general election rather than see a no deal. Spotted last year in Brussels leaving a meeting of campaigners for a second referendum. 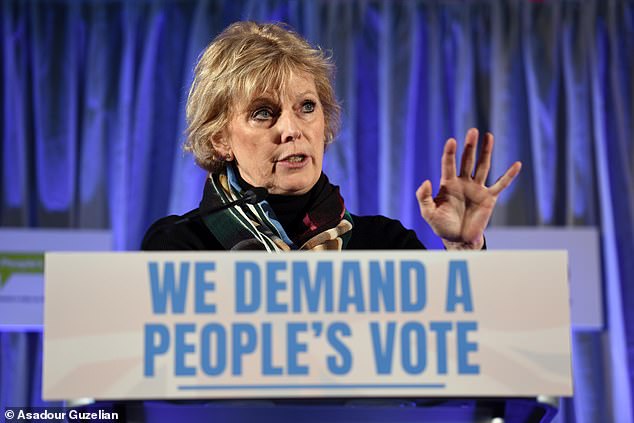 Shockingly abused by Right-wing thugs last week outside Parliament who called her a ‘Nazi’.

Increasingly detached from the Government with pro-Europe views with which she tours TV and radio studios.

Comprehensive school-educated, studied law and was a TV presenter before going into politics. Quit the Tories in 1983 to join the SDP but then rejoined the party when it was led by Eurosceptic Iain Duncan Smith.

Has threatened to side with Labour to bring down the Government to prevent no deal. 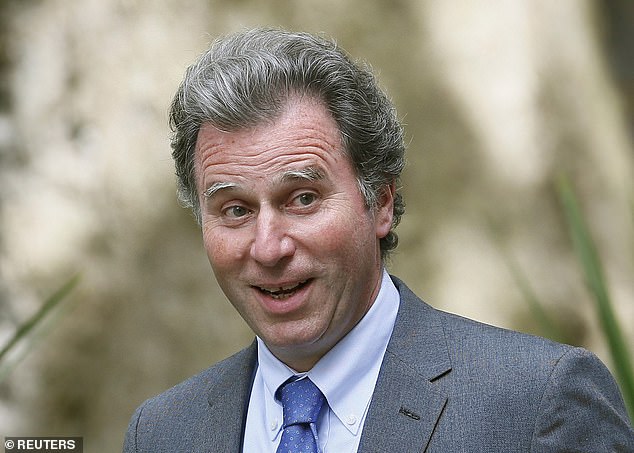 At Cambridge, he joined the societies of all three main political parties. His PhD was titled ethics, emotion and the unity of the self.

A member of Mrs Thatcher’s policy unit, which came up with the much-hated poll tax.

Seen as an unworldly egghead out of touch with voters – the proof being his call for big public spending cuts during the 2001 election campaign.

Other gaffes include saying he’d rather ‘beg on the streets’ than send his two children to state schools.

Tasked with implementing the Leveson inquiry into Press standards, he cooked up a deal which would have introduced statutory regulation of newspapers for the first time in centuries. 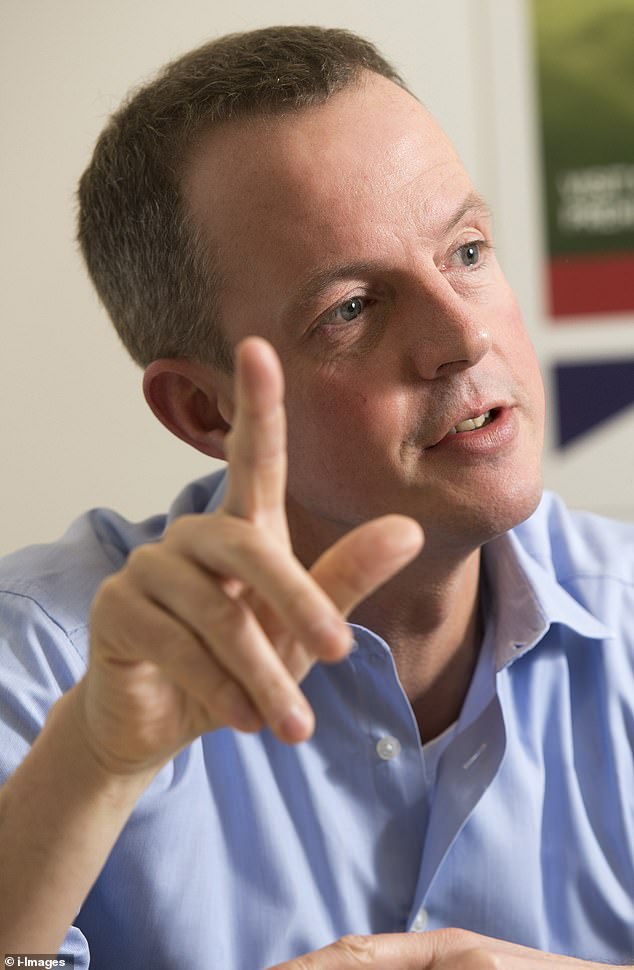 Oxford and Harvard-educated. Part of the so-called Notting Hill Set of posh cronies who powered David Cameron to No. 10

Oxford and Harvard-educated. Part of the so-called Notting Hill set of posh cronies who powered David Cameron to No.10.

Brexiteer Michael Gove’s campaign manager when he stood for the Tory leadership. Quit as a minister in 2016 before May could sack him after he called for pensioners to lose free prescriptions and winter fuel payments.

In remission from cancer, he’s facing the threat of deselection after vowing to bring down the government to stop no deal. 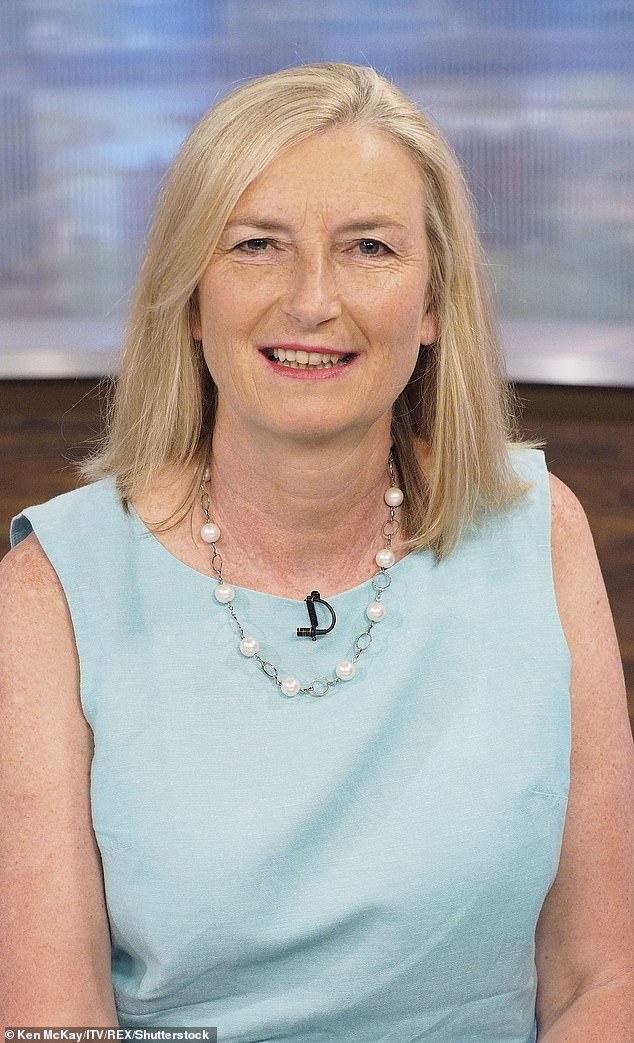 A serial rebel on a range of issues. Chairman of the Commons health select committee

Qualified GP who was a high-profile Leave campaigner but switched sides after disputing the claim that the NHS would get an extra £350million a week after Brexit.

A serial rebel on a range of issues. Chairman of the Commons health select committee. 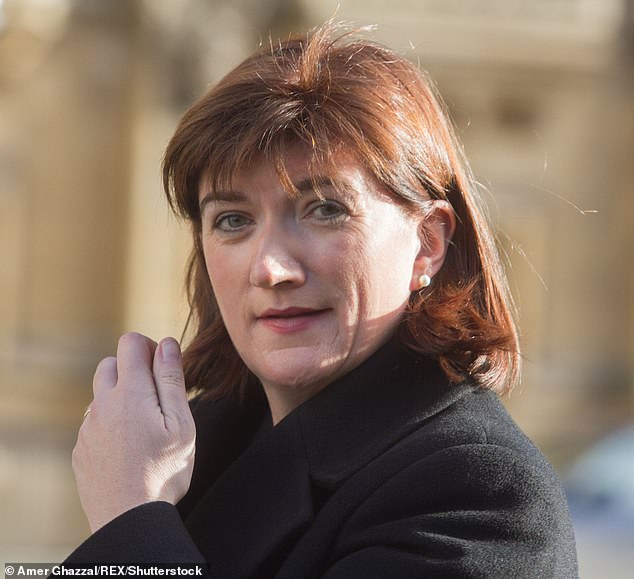 The former Education Secretary has been a persistent thorn in the side of Mrs May who sacked her in her first Cabinet reshuffle.

Controversially criticised the PM for ‘the height of political vulgarity’ for wearing leather trousers in a photoshoot.

She later apologised but was exposed for hypocrisy when photographed herself with a £950 Mulberry handbag.

The Oxford-educated solicitor considered standing as party leader in 2016 but humiliatingly got only a handful of MPs to back her. Still rankles over her demotion from Cabinet. 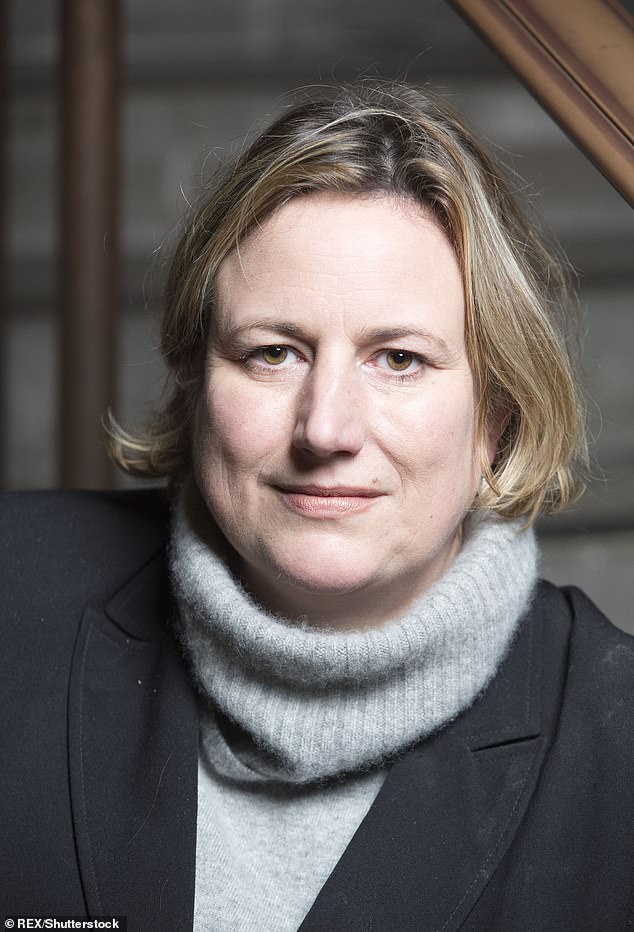 Has said: ‘Britain used to have a reputation for being polite and courteous; have we really turned into this shouty society that just screams at each other?’

Barrister who caused outrage for reporting to the police a church-going pensioner constituent who objected to her Remainer views.

Has said: ‘Britain used to have a reputation for being polite and courteous; have we really turned into this shouty society that just screams at each other?’

Suffered tragedy when she lost her five-day-old son to sudden infant death syndrome. At 6ft 4in tall, thought to be the tallest female MP. 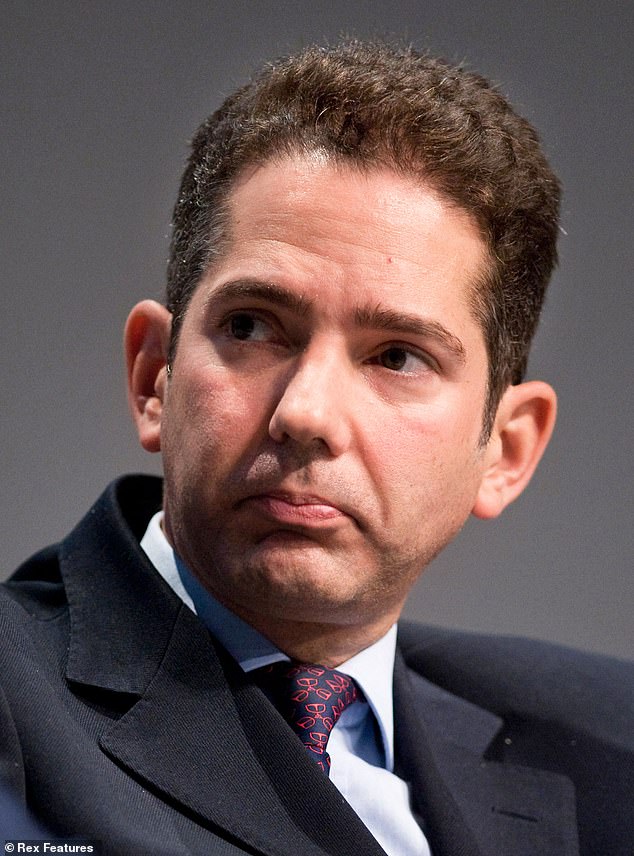 A trained solicitor who took over John Major’s seat and only rose to become junior justice minister for two years.

Stripped of duties for regulating claims management firms after failing to disclose conflicts of interest regarding family members.

It was also alleged that he claimed parliamentary expenses to hire an au pair. He said she didn’t provide childcare for his family and had only worked as a cleaner. Voluntarily repaid £25,000. 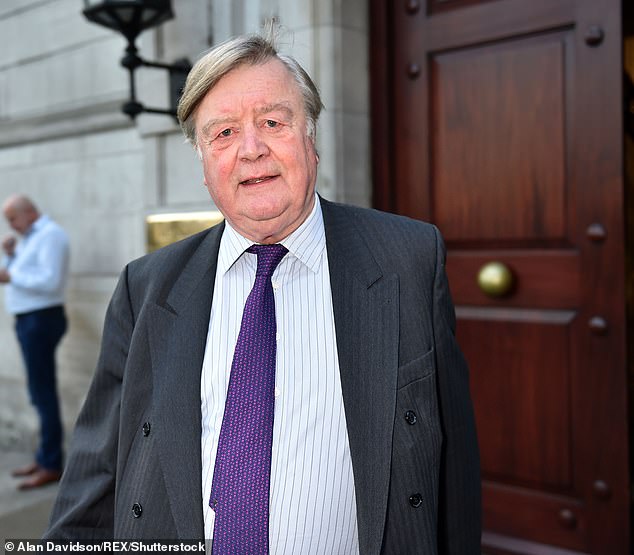 The Father of the House who’s standing down at the next election. Famously caught by a TV camera saying ‘Mrs May is a bloody difficult woman’

Ageing poster boy of Tory pro-Europeans. Has likened visions of a post-Brexit future to a fantasy ‘where you follow the rabbit down the hole and emerge in a wonderland where countries around the world are queuing up to give us trading advantages’.

The Father of the House who’s standing down at the next election. Famously caught by a TV camera saying ‘Mrs May is a bloody difficult woman’, successive Tory leaders have discovered that Clarke himself is a difficult man. 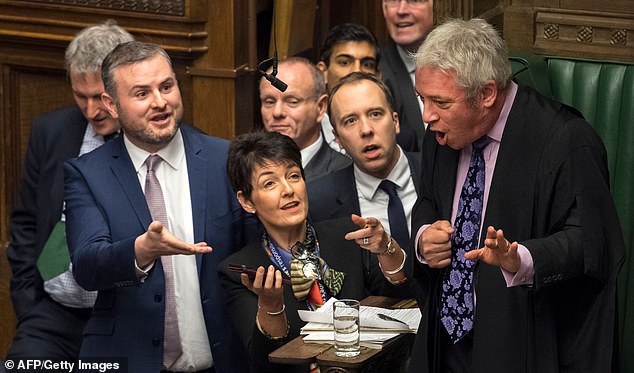 Faced calls to resign after his family car was seen to have a window sticker saying ‘b******s to Brexit, it’s not a done deal’

Has become arch-villain for hard-Brexiteers. But his impartiality and favouritism are very serious charges considering his key role.

Faced calls to resign after his family car was seen to have a window sticker saying ‘b******s to Brexit, it’s not a done deal’. Seen by Remainer MPs as their most important weapon in the battle to stop Britain leaving the EU.

John Millman v Roger Federer in the US Open
'It's like a war zone': Gerard Butler films the devastation around his smoldering neighborhood
Boy furiously slams elf doll to the floor when he spots a moustache drawn on his face
Quality Street tins shrink AGAIN: Size of Christmas favourites has fallen by 40 per cent in a decade
Heartbreaking moment Jack Russell is stolen from young boy
No daffodils at Easter! Florists warn we're heading for a shortage due to early warm weather
Leyton Orient put photo of Justin Edinburgh in dugout as fans leave shirts and scarves at ground
How Britons can watch Elon Musk's SpaceX rocket shooting overhead at 10.15pm TONIGHT