Twelve former Conservative ministers have called on Parliament to ‘unlock a better future’ by voting down ‘s deal.

In an open letter the ex-ministers including  and David Davis said it was ‘right to vote down this bad deal’ and said Britain should have the ‘confidence’ to leave on WTO terms.

It comes as Theresa May launches a last-ditch bid to save her deal, warning there are only 24 hours left to save Brexit from being stopped altogether.

The Commons will vote on Mrs May’s withdrawal agreement on Tuesday and the PM is widely expected to lose. 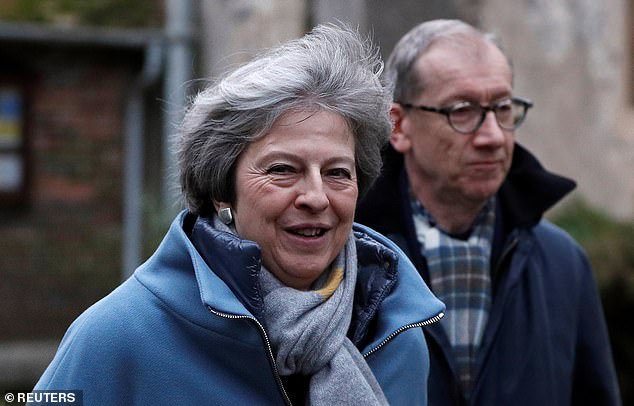 Theresa May, pictured at church yesterday, is making a last-ditch bid to win support from Tory rebels as she faces defeat in the Commons vote on her Brexit deal

Writing in the , the 12 former ministers said: ‘A managed WTO Brexit may give rise to some short-term inconvenience and disruption, but the much greater risks arise from being locked into a very bad deal.

‘It is right to vote down this bad deal and that in doing so we will unlock a better future for our party, our country and its people.

‘Indeed, it would be by agreeing to this punative and highly one-sided deal that we would do most damage to the Conservative Party’s prospects at the next election.’

Conservative heavyweights including Mr Johnson, Mr Davis and former party leader Iain Duncan Smith were among the Brexiteers to sign the letter.

Writing separately in his weekly column, former Foreign Secretary Mr Johnson said the deal was the same ‘wretched text’ which was on the table in December.

Conservative MPs should reject the deal which was the ‘worst of both worlds’ and a ‘complete stinker’, he said. 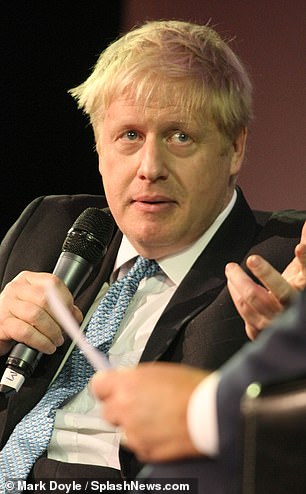 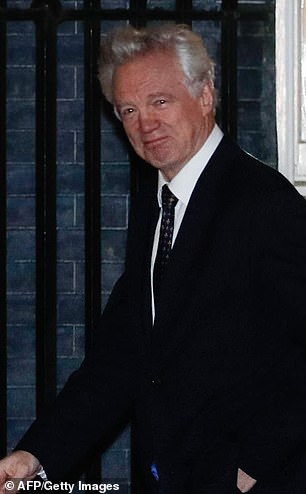 Boris Johnson, left, and David Davis, right, are among the former ministers calling for Parliament to vote the Brexit deal down tomorrow night

Mrs May postponed the vote last month in the hope of winning more support but she is still predicted to lose in tomorrow’s vote.

In her final appeal to Tory rebels she warned Parliament was more likely to block Britain’s exit from the European Union than allow it to crash out without a deal.

Speaking today she will urge MPs to consider the ‘consequences’ of their actions on the faith of British people in democracy.

Mrs May is expected to tell factory workers in pro-Leave Stoke-on-Trent on Monday: ‘I ask MPs to consider the consequences of their actions on the faith of the British people in our democracy.

‘Imagine if an anti-devolution House of Commons had said to the people of Scotland or Wales that despite voting in favour of a devolved legislature, Parliament knew better and would overrule them. Or else force them to vote again.

‘What if we found ourselves in a situation where Parliament tried to take the UK out of the EU in opposition to a remain vote? 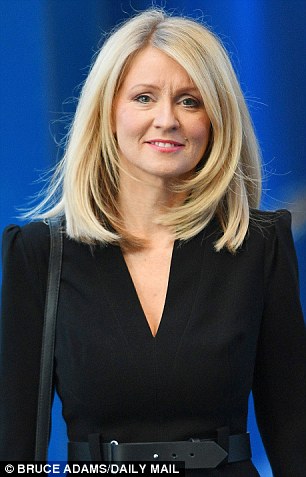 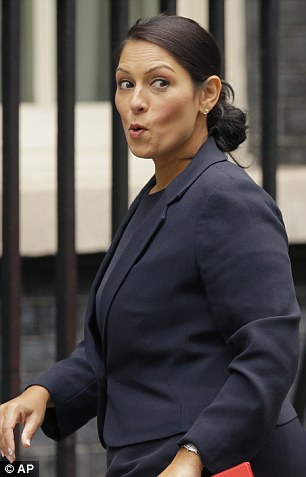 Esther McVey, left, and Priti Patel, right, are also among the former Conservative ministers who have signed a letter calling on Tory colleagues to reject the deal

‘People’s faith in the democratic process and their politicians would suffer catastrophic harm. ‘We all have a duty to implement the result of the referendum.’

Defence Minister Tobias Ellwood became the latest frontbencher to threaten to resign if the UK leaves the EU without a deal – and said he expected ‘many’ more to follow suit.

He told BBC Radio 4’s Westminster Hour: ‘I would not stay in office, I would stand in front of that no-deal juggernaut.

‘It would be an irresponsible act of self-harm and from security reasons alone it would be damaging our international reputation as well. No deal for me is simply not plausible.’

Meanwhile Labour leader Jeremy Corbyn warned the Prime Minister that he would trigger a vote of no confidence in her Government ‘soon’, as he hinted that Article 50 may have to be extended if his party came into power.

‘Clearly if Theresa May’s deal is voted down, clearly if a general election takes place and a Labour government comes in – an election would take place February, March time – clearly there’s only a few weeks between that and the leave date, there would have to be time for those negotiations,’ he told BBC One’s Andrew Marr Show.

Pilot and author of Cockpit Confidential, Patrick Smith, says there is an 'airport lounge crisis'
Catholic student who was part of the MAGA-hat wearing crowd claims vet bullied THEM
Writer, 30, 'looked pregnant' before surgeons removed a WATERMELON-sized tumour
Men who pretend not to be interested in sex increase their chances of success with women
We reveal riotous dramas behind the warts-and-all Elton John biopic Rocketman
The Queen is to attend nuptials of Lady Gabriella Windsor
Boris Johnson's minder in foul-mouthed altercation leaving Piers Morgan and Susanna Reid shocked
Italy's death toll of doctors rises to 44 in coronavirus crisis