Yellow vest campaigner James Goddard has been arrested  by police in on public order offences.

The Met Police said in a statement: ‘We can confirm that a man in his 30s was arrested at 11.42hrs on Saturday, 12 January outside St James Park tube station on suspicion of a public order offence.

‘He is currently in police custody and is being taken to a central London police station.’ 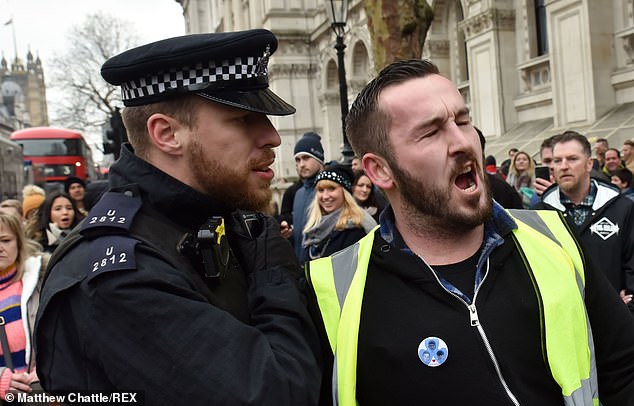 Yellow vest campaigner James Goddard has been arrested by police in London on public order offences.