An attempt to raise funds for the southern border wall touted by fell short of its $1 billion goal, prompting GoFundMe to return the $20 million raised so far.

Brian Kolfage, the Air Force veteran and triple amputee who founded the campaign, had set a goal of $1 billion on December 16 of last year to help build the barrier.

‘However, that did not happen,’ Bobby Whithorne, a GoFundMe spokesman told . ‘This means all donors will receive a refund.’

Kolfage’s will now attempt to build the wall without going through government channels, and is instead asking people to redirect their donations to a new non-profit organization. 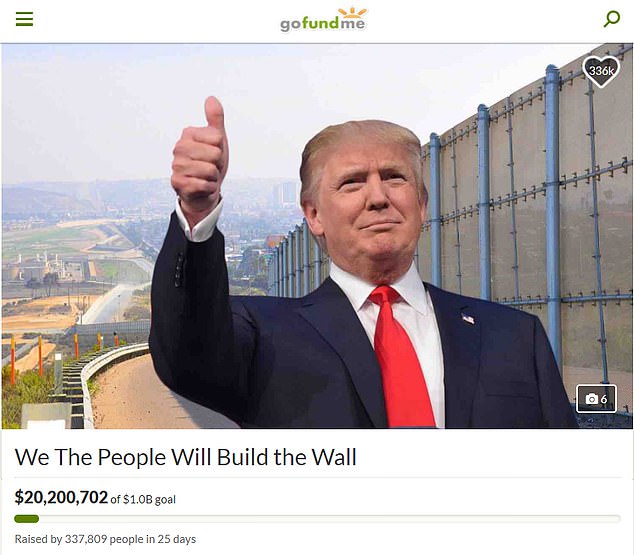 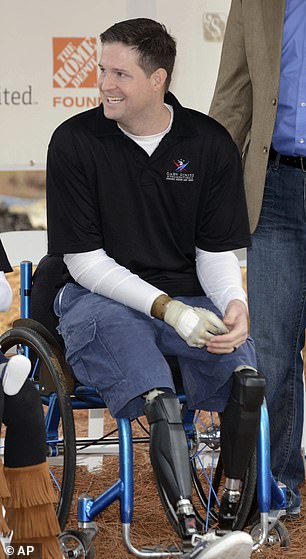 The founder of the ‘We The People Will Build the Wall’ GoFundMe campaign, Brian Kolfage seen here, is asking donors to redirect their funds to a non-profit to build the wall

‘We are better equipped than our own government to use the donated funds to build an actual wall on the southern border,’ Kolfage writes on his GoFundMe page.

‘To show the government how “We the People” can get this done, we have formed a Section 501(c)(4) non-profit Florida Corporation named “We Build the Wall, Inc.” to receive the GoFundMe contributions.’

The pages were shut down by the social media network last fall in a purge of more than 500 political pages, with Facebook stating it had removed pages that had ‘consistently broken our rules against spam and coordinated inauthentic behavior.’ 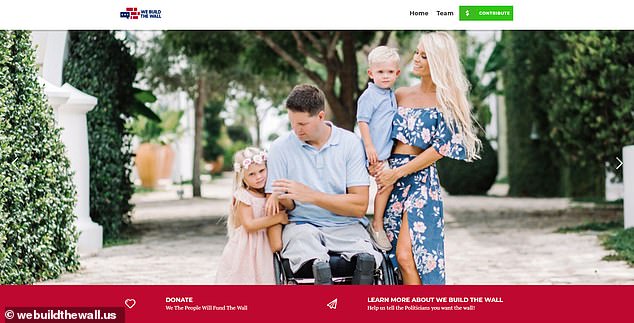 We Build the Wall Inc., 501(c)(4) non-profit, aims to construct a portion of the wall by itself, according to Brian Kolfage, seen with his family in the banner picture on the website 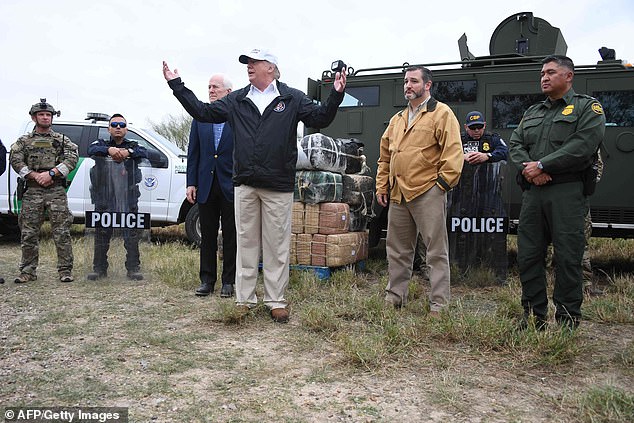 Kolfage intends to help Trump follow through with his promised border wall. Trump (center) with Sen. John Cornyn (left) and Sen. Ted Cruz (2nd from the right) are seen near the Rio Grande in Texas on January 10

Kolfage set up a campaign called Fight4FreeSpeech in response to the Facebook ban, which also accepts donations.

From the outset, there were doubts over whether donations could be specifically earmarked specifically for a wall as financial gifts for the United States Funds are set aside by Congress for general use and ‘budget needs.’

On his newest website, Kolfage reiterates the reason for his fundraising. If 63 million Trump voters each pledged $80, ‘we can build the wall’, he says.

A partial government shutdown over the border wall between President Trump and Congressional Democrats is now tied for the longest in US history. 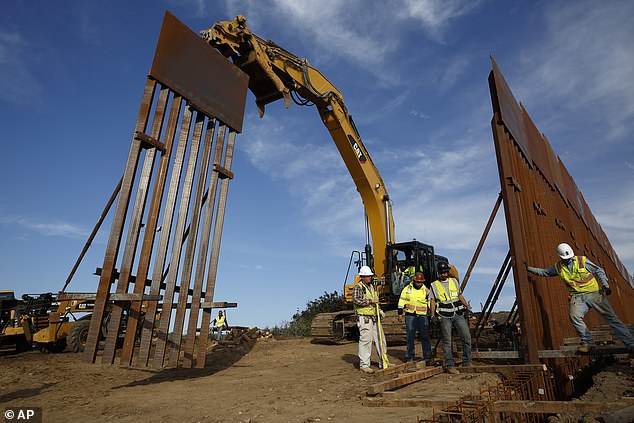 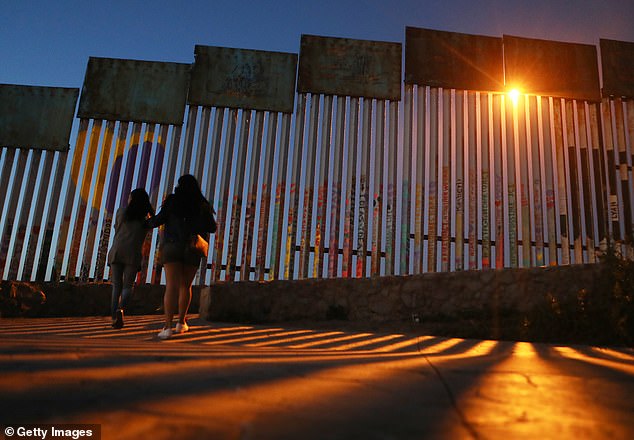 People walk on the Mexican side of the U.S.-Mexico border barrier on January 10. The wall was the often repeated campaign promise of President Trump before the 2016 election