Britain’s nuclear power plans have been thrown into jeopardy as another project teeters on collapse.

Japanese firm Hitachi is set to ditch its £16billion power station in Wales – leaving Britain’s nuclear strategy at the mercy of Chinese investors.

The looming collapse of Wylfa Newydd project on Anglesey comes after rival Japanese group Toshiba abandoned plans to build a reactor in Cumbria. 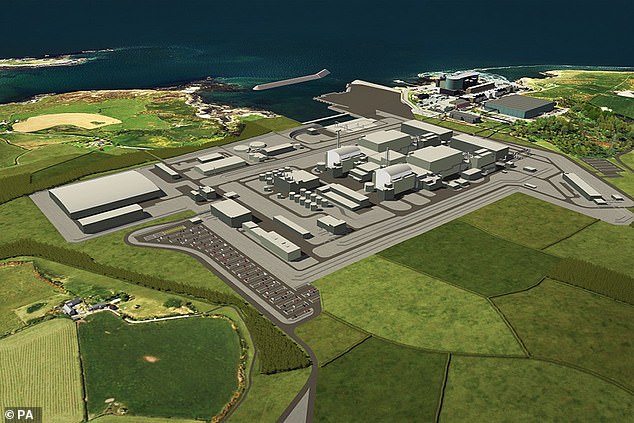 This raises questions over how Britain will be able to keep lights on when ageing coal and other nuclear plants close in the 2020s.

The Government wants a new series of reactors to be up and running in the coming years to supply energy to homes and businesses across the country.

Hitachi said it has not yet made a formal decision on the Anglesey project, but confirmed it is considering suspending work.

Japanese newspaper the Nikkei Asian Review reported that the company is likely to decide to stop construction of the plant at a board meeting next week after failing to secure enough private funding.

Hitachi has been in financing negotiations with the UK Government over the project since last June.

Another Japanese conglomerate, Toshiba, scrapped its British NuGen project at Moorside in Cumbria last year after its US reactor unit Westinghouse went bankrupt and it failed to find a buyer. 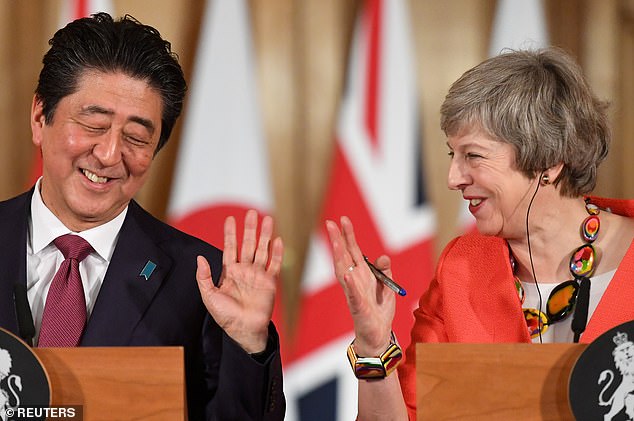 Japanese prime minister Shinzo Abe, who met Theresa May in London on Thursday, said the two leaders did not discuss the plant

It means that Hinkley Point C in Somerset, being built by EDF, is the only plant under construction.

China General Nuclear Power Group, a company which took a minority investment in Hinkley Point, is now the only company actively looking to invest in UK nuclear projects.

The Wylfa Newydd plant would operate for 60 years if a permit is granted for its operation and could provide around 6 per cent of the country’s electricity. It was hoped work on the new plant would begin by 2020.

Poland has charged a Huawei employee with spying for China.

Polish TV identified the man only as Weijing W, saying he was a director at Huawei in Poland.

It comes as a US dispute with China over a ban on tech giant Huawei spills over to Europe – the company’s biggest foreign market.

Some European governments are following the US in questioning whether using Huawei for vital mobile network infrastructure could leave them exposed to snooping by the Chinese government.

Developers said it would create up to 8,500 jobs during the construction – and suspending developments could put about 370 jobs at risk.

Although funding and investment has struggled, recruitment and arrangements for the project’s supply chain have continued. Japanese prime minister Shinzo Abe, who met Theresa May in London on Thursday, said the two leaders did not discuss the plant.

Tom Greatrex, chief executive of the Nuclear Industry Association said it was ‘imperative’ the project went ahead.

‘If the UK is going to decarbonise its power supply and meet our obligations to reduce carbon emissions, we need to replace the 20 per cent of our electricity delivered by our low carbon, reliable, secure nuclear fleet, most of which will retire in the next decade,’ he added.

Hitachi’s UK subsidiary has already spent £847million on the project, and is expected to book a loss of between £1.4billion and £2.1billion.

The Welsh Government said it would monitor the situation closely, while union Unite urged the Government to act.

A spokesman for the Department for Business, Energy and Industrial Strategy said negotiations are continuing.

Myleene Klass goes TOPLESS as she soaks up the sun with Simon Motson
Mother-of-two, 29, forced to undergo hip replacement surgery after her joint dislocated EVERY HOUR
PICTURED: Ex-boyfriend arrested over murder of PR girl Laureline Bertaux
Ancient royal burial site of the Anglo-Saxon King Saebert is discovered
Conspiracy theorists suggest US ban on Huawei due to 50x super spy lens
Marvyn Iheanacho beat Alex Malcolm with such force it sounded like 'metal being thrown in a skip'
Boris Johnson says he would 'rather be dead in a ditch' than delay Brexit
Jeremy Corbyn bottles backing Boris Johnson's bid to hold an early general election on December 12