NBA player Nerlens Noel had to be stretchered off the court after getting knocked out in a sickening fall during a game on Tuesday night.

Noel, who plays for Oklahoma City Thunder, was attempting to block a dunk from the Minnesota Timberwolves’ Andrew Wiggins when he took an elbow to the face.

The impact seemed to knock him unconscious because moments later he fell to the court and made no attempt to brace himself, smacking his head against the wood. 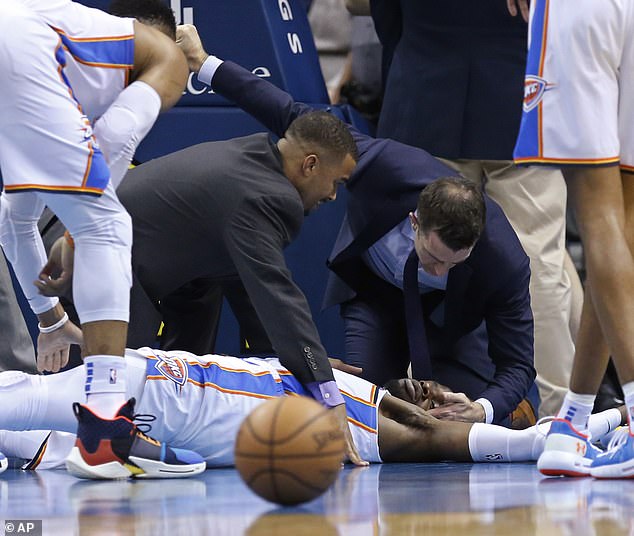 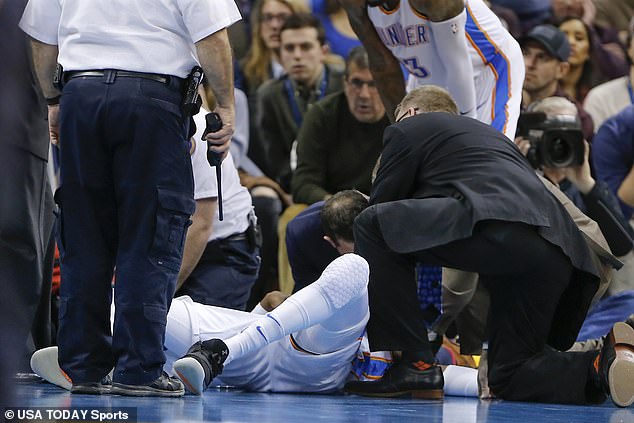 Noel was left sprawled on the floor with his eyes closed after the sickening fall, as coaches and teammates rushed to be around him

Noel, who stands 6ft 11ins tall, could be seen rolling gently on the floor as the crowd at the Chesapeake Energy Arena was shocked into silence.

Coaches and players quickly gathered around the 24-year-old, whose eyes remained closed, while a stretcher was brought out to him.

He was then taken to the Oklahoma University medical center where he was kept under evaluation overnight.

Coach Billy Donovan was unable to give an update on Noel’s condition following the game, with more news expected on Wednesday.

The incident sparked an angry reaction from the Thunder’s Dennis Schroder, who spotted the Wolves bench laughing in the aftermath and assumed they were mocking Noel. 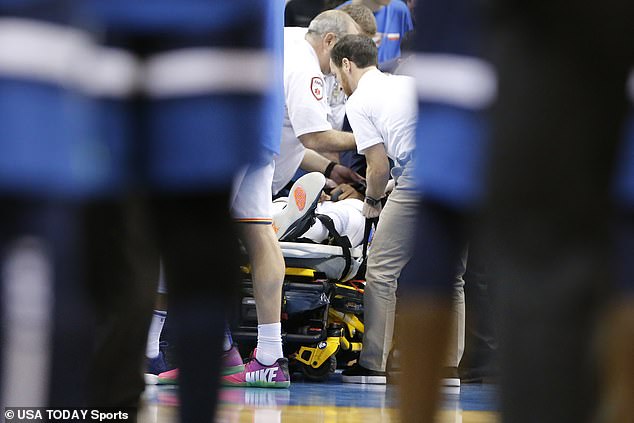 Noel, 24, had to be stretchered off following the fall and was taken to Oklahoma City medical center, where he was kept under observation overnight 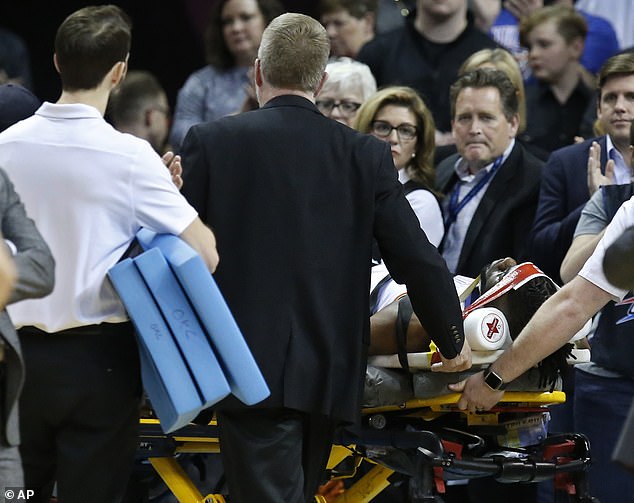 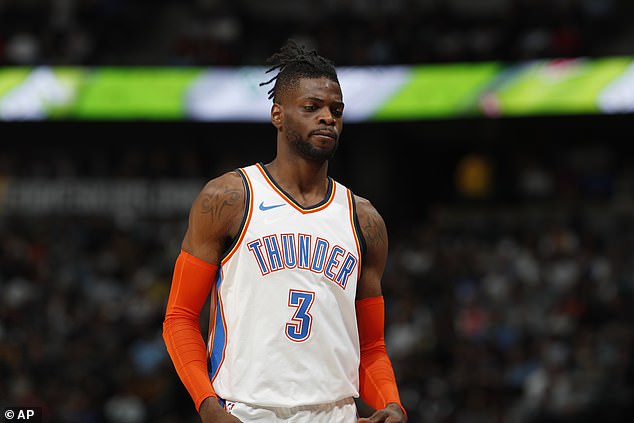 Dennis Schroder didn’t like seeing the Timberwolves players appear to laugh when Nerlens Noel went down with an injury…..

He made sure Jeff Teague knew he wasn’t happy

Teague was ejected, Schroder given a technical foul

He challenged the players, who insisted they weren’t laughing at the injured player, before Schroder renewed the row with Jeff Teague as the game got back underway.

Teague lost his cool and pushed Schroder, which saw him ejected from the court and Schroder issued with a technical foul.

Steven Adams, who also plays for the Thunder, told ESPN after the game that Noel’s injury was ‘unfortunate’ but that it was just ‘one of those s****y plays’.

Noel joined the NBA in 2013 as sixth pick of the draft, going to the New Orleans Pelicans before being traded to the Philadelphia 76ers.

He also spent a year with the Dallas Mavericks before joining the Thunder in July 2018 on a two-year contract.

His mot notable performance for his new outfit came on December 31 when he scored 15 points in 15 minutes to help Thunder to a 122-102 win over his old team.