A large 6.4-magnitude tremor has struck off the coast of today.

The earthquake with an estimated magnitude of 6.4 has struck off the coast of south east Japan.

The U.S. Geological Survey reported the quake to have hit southeast of Kagoshima today.

There were no immediate reports of damage or casualties. The quake was 24 miles (39km) deep and centred 116 km off Kagoshima Island.

Earthquakes are common in Japan, one of the world’s most seismically active areas. 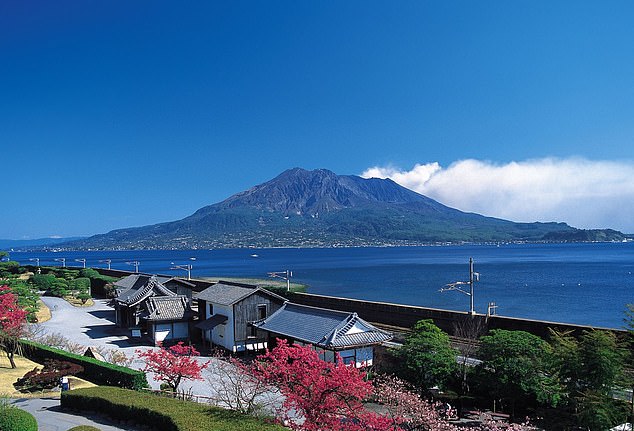 According to the USGS, the epicentre was 49 miles from Ibusuki and 55 miles from Kanoya.

In the last 10 days, there have been no earthquakes of magnitude 3.0 or greater centred nearby.

Japan accounts for about 20 per cent of the world’s earthquakes of magnitude 6 or greater.

Kagoshima is a seaside city on Japan’s Kyushu Island and is the capital of Kagoshima Prefecture. 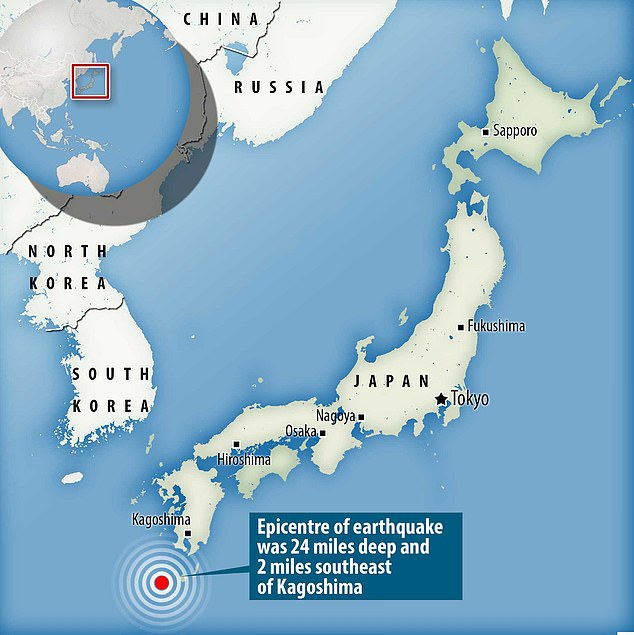 The earthquake with an estimated magnitude of 6.4 struck Kagoshima off the coast of south east Japan today

The city best known for Sakurajima – an active volcano that faces Kinko Bay.

The island is also famous for being home to Shinmoedake volcano, which featured in James Bond film, You Only Live Twice, starring Sean Connery.

On the southernmost island of Kyushu, began erupting in March last year, causing 65 flights to be cancelled.

Library admits they let a convicted sex offender read to children as young as two
At least three injured at UNC Charlotte as SWAT respond and students shelter in place
Woman describes the disgusting moment a giant RAT fell from the ceiling of a Buffalo Wild Wings
House passes $4.5B bill for humanitarian assistance at the border
The art of the apology: New study gives a guide to making the most believable excuses
Family of woman who was raped and murdered is outraged as California set to release killer on parole
Police release bodycam footage of controversial Texas arrest
Dentist Elizabeth Milford reveals biggest mistakes we all make when it comes to brushing our teeth