A failed stock broker charged with murdered his ex-wife in 2009 attempted to frame his 9-year-old daughter for the crime by writing a fake confession – it has emerged.

According to the New York Post, court papers show Rod Covlin, 45, wrote an Apple note pretending to be his daughter Anna which then synced to her email account, three years after her mother’s death.

Anna found mom Shele Danishefsky in a bathtub at her  apartment the day before she was planning to write Covlin out of her will in 2009, court papers claim.

‘All of these years I have been so incredibly afraid and guilty about the night my mom died,’ Covlin wrote, posing as Anna, then 12. 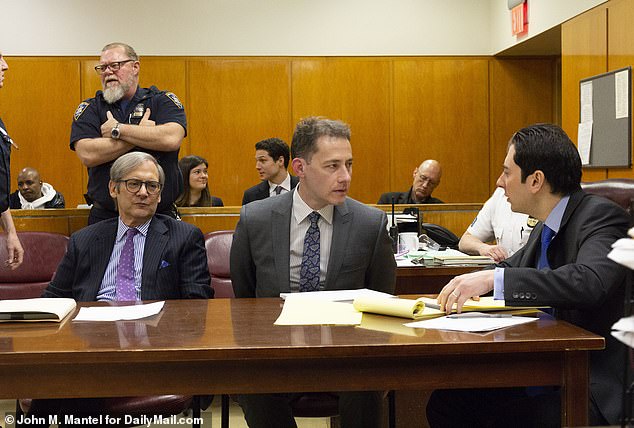 The murder trial begins on Monday for stock trader Roderick Covlin (center), who is accused of strangling his wife 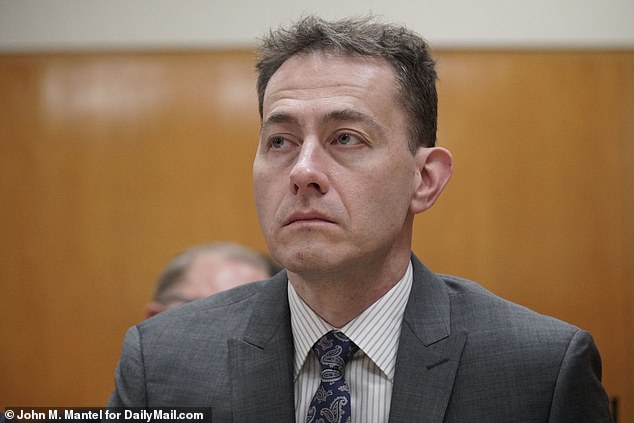 ‘I lied. She didn’t just slip. That day we got into a fight about her dating … I got mad so I pushed her, but it couldn’t have been that hard!

‘I didn’t mean to hurt her! I swear! But she fell and I heard a terrible noise and the water started turning red and I tried to pull her head up but she remained still…’

Prosecutor Matthew Bogdanos wrote in a court filing that Covlin penned the note after hearing that the DA’s investigation into Danishefsky’s murder was heating up again.

It is claimed Covlin put his ex in a martial arts chokehold, broke her neck, then staged an accidental drowning, leaving his children to find her bloodied corpse.

Covlin called police less than hour after discovering the 47-year-old mother-of-two in the bathtub, and told officers that he had tried to revive her. 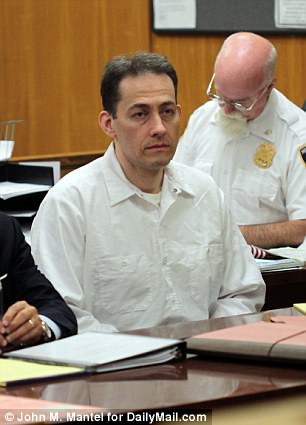 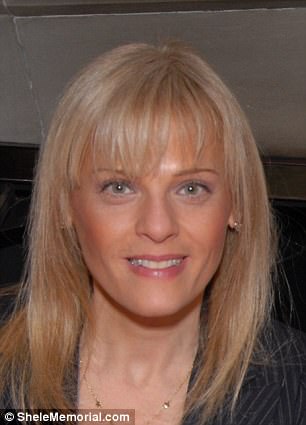 Roderick Covlin (left in September 2017) in a Manhattan criminal court for his trial nearly two years after he was arrested and charged with the murder of his estranged wife, Shele Danishefsky Covlin (right) 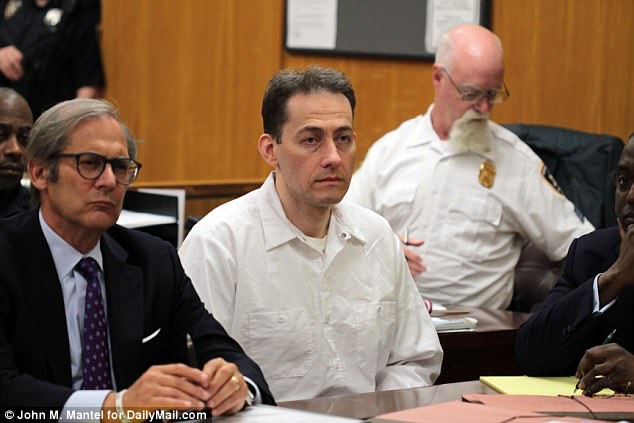 But according to testimony from Sgt Yadelie Sanchez, his clothes were dry when she arrived, meaning he must have changed after pulling her from the bathtub.

Court papers reveal that Covlin’s parents were granted custody of his kids shortly after his wife’s death – depriving him of their $5million inheritance.

It is claimed Covlin then cooked up schemes to kill his own parents by having his daughter Anna serve them sugar laced with rat poison in their tea, but didn’t follow through with the plans.

Another sinister scheme allegedly involved persuading Anna to invent a rape allegation against her grandfather, even sending her horrifying instructions on how to break her own hymen with a cucumber – but the young girl backed out. 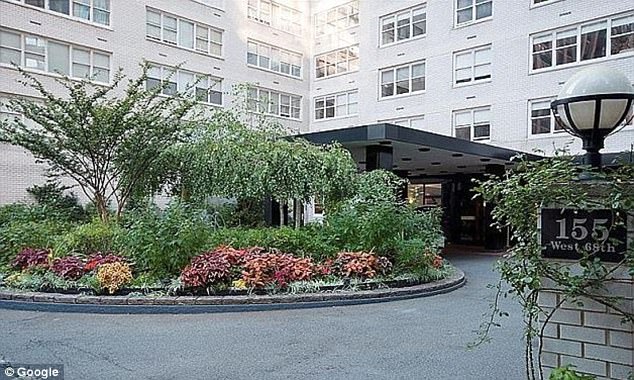 At the time of her murder, the couple was in the midst of a costly and nasty divorce when Anna, who was then-nine years old, found her mother submerged in the bathtub of their West 68th Street apartment  (file above) in New York City

Covlin was reported to police in 2015 by his girlfriend after she recorded a phonecall two years earlier during which he described another plan to kidnap Anna and marry her off in Mexico to get his hands on their money.

He was arrested in 2015 after his then-girlfriend went to the police and gave them the ammunition to indict him on the charges, after she said he ‘made statements implicating himself’ in the 2009 slaying.

Covlin’s lawyer Robert Gottlieb said of the new revelations: ‘It’s disgusting because it’s clear what happened here. These garbage allegations, which the DA has been desperate to get before a jury has been thrown out of the case by the judge in a very clear decision.

‘The allegations are absurd, ridiculous and they will have no role to play in this case.’ 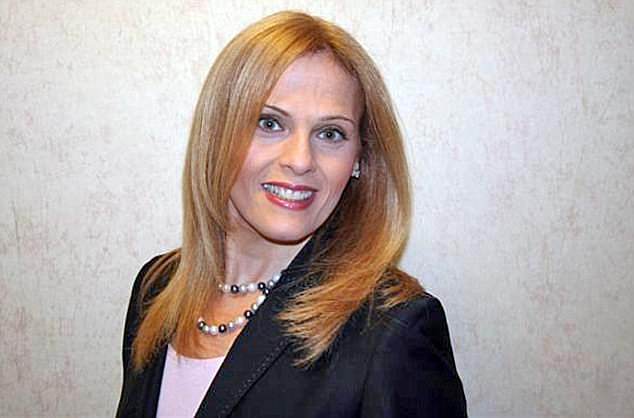 Danishefsky was a money manager at UBS, part of a finance family in which she worked alongside her brother and father

It IS getting tougher for immigrants to realize asylum within the U.S: Official knowledge reveals ch...
Girl Gaga urges better psychological well being consciousness after suicide of Born This Means video...
Father speaks out after model daughter's alleged killer is arrested
Stunning video shows giant killer whales chasing a fishing boat off the coast of Southern California
New lawsuit filed against Tom Ford manager accused of making sexual comments
Shopper causes a stir at pet store – when he brings his 1,400lb CAMEL for a stroll down the aisles
Sudanese-born top Australian model appears set to avoid a 21-year prison sentence
'The feeling is mutual!': Obama includes Fleabag in his favorite TV and movies of 2019