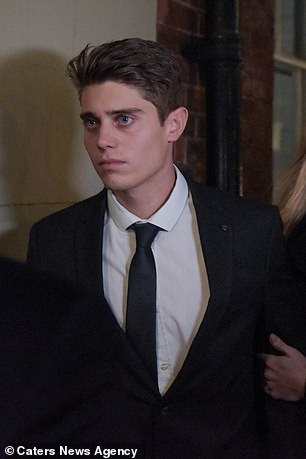 Alex Hepburn, pictured outside court, is accused of raping a sleeping woman after helping to set up a sexual conquest ‘game’ with his friends on WhatsApp

A county cricket player raped a sleeping woman after helping to set up a sexual conquest ‘game’ with friends on WhatsApp, a court has heard.

Worcestershire CCC all-rounder Alex Hepburn is alleged to have attacked the woman in a dark bedroom shortly after she had consensual sex with one of his team-mates, Joe Clarke, following a night out.

Jurors heard the victim initially believed she was still in bed with Mr Clarke, who had left the room to be sick, after waking up to find Australian-born Hepburn performing a sex act on her.

Opening the prosecution’s case, Miranda Moore QC said the alleged victim realised she was not with Mr Clarke when she touched Hepburn’s hair and he then spoke in an Australian accent.

The prosecutor told Worcester Crown Court a member of the public dialled 999 in the early hours after finding the complainant ‘distressed and crying’ in the street in April 2017.

Ms Moore said the woman had sex with 23-year-old Hepburn because she believed he was ‘the man she fell asleep with’ and was left horrified when she realised he was not Mr Clarke.

Describing the aftermath of the alleged attack to the jury, Ms Moore added: ‘Immediately she pulls away, she says “Where’s Joe?”.

‘Hepburn says to her “You are beautiful” and tries to encourage her to continue having sex with him but she is having absolutely none of it.’

The woman, who cannot be identified, told Hepburn he was a ‘sick b******’ and phoned a friend to tell her about the alleged rape, the court heard. 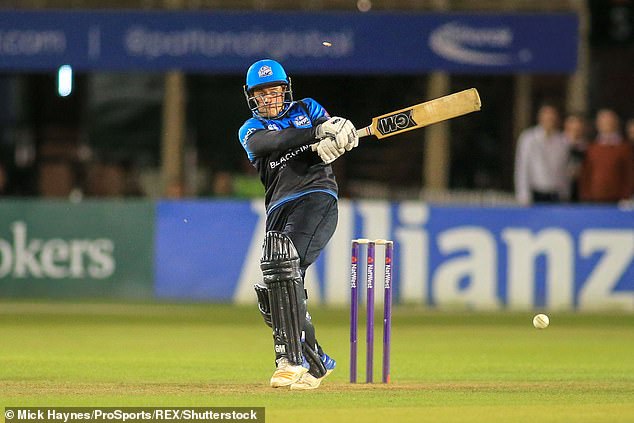 The Worcestershire CCC all-rounder, pictured at a game in August 2017, is alleged to have attacked the woman in a dark bedroom shortly after she had consensual sex with one of his team-mates, Joe Clarke, following a night out

Taking jurors through WhatsApp messages found on Hepburn’s mobile, Ms Moore alleged that a ‘stat chat’ group he took part in was set up to record details of women its members had slept with.

The court was told references had been made in the WhatsApp group to ‘freshies’ and ‘re-heats’, alleged to relate to women its members had or had not slept with previously.

After taking the jury through ‘rules’ posted on the group days before the alleged rape, Ms Moore told the court: ‘From the prosecution point of view it may well be that what was on this defendant’s phone will help you in deciding what he was up to that night.

‘It detailed the game that these young men engaged in and intended to follow. This game had precious little to do with cricket.’ 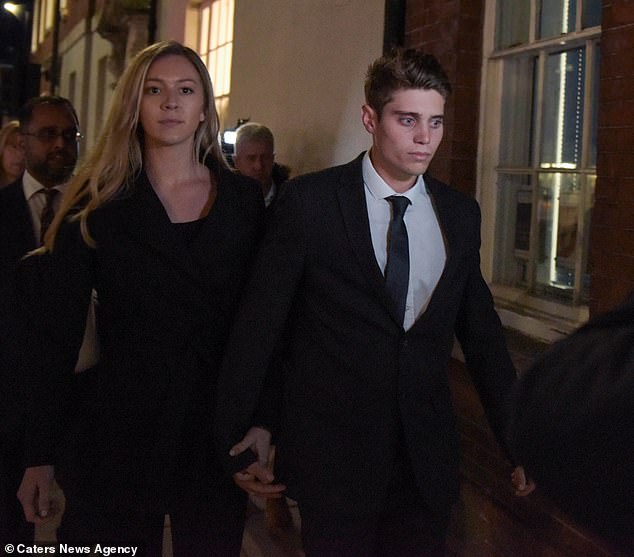 According to WhatsApp messages found on Hepburn’s phone, the prosecution alleges that a ‘stat chat’ group he took part in was set up to record details of women its members had slept with

Among the rules was a request for ‘every freshie’ to be ‘rated out of 10’ and a stipulation that the ‘winner’ be able to gloat and enjoy a free night out paid for by other members.

At the end of her opening address to the jury, Ms Moore said of Hepburn: ‘The “score” that he hoped to make may well help you in the explanation as to what he was doing to her.

‘He saw that girl asleep in the bed and decided to take advantage. That is what this case is about, this defendant’s attitude to women.’

A police interview conducted with the alleged victim shortly after the offence was played to the jury during Monday’s evidence.

In the video, the woman told a police officer she had assumed she was having sex with Mr Clarke, who was of a similar height and build, before ‘panic set in’ when she saw Hepburn.

‘I said you have just had sex with me whilst I was asleep,’ she told the interviewing officer.

‘I couldn’t believe what had just happened.’