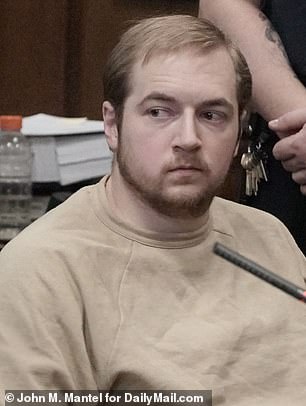 James Harris Jackson, a 30-year-old alleged white supremacist and Army veteran, was expected to plead guilty to the 2017 stabbing of black 66-year-old Timothy Caughman in Manhattan on Friday (above). Instead, Jackson asked the judge to delay his plea because he was on pain medication

A white supremacist charged in the racially-motivated stabbing death of a black man backed out of a plea deal and asked the judge for a deferment because he was on pain medication.

James Harris Jackson, 30, an Army veteran, was expected to plead guilty Friday to charges stemming from the March 2017 murder of 66-year-old stranger Timothy Caughman in .

Instead, the defendant, who hobbled into the Manhattan courtroom on crutches, told Justice Laura Ward that he didn’t feel he was in the right state of mind to plead guilty because he’d taken painkillers for a broken foot.

Ward asked: ‘Although you were prepared to plead guilty to all six counts today and to allocate to each of the counts, due to an injury you sustained in custody, you are currently under pain meds and you do not feel comfortable doing that?’

Jackson replied: ‘That is correct.’ The response elicited gasps of disbelief from the victim’s family.

The now-defunct deal would have resulted in a life prison sentence for Jackson, the same length he would have gotten if convicted of just the top count at trial.

The judge ordered Jackson to return to court later this month, when he’s scheduled to stand trial on charges that include murder as a hate crime. 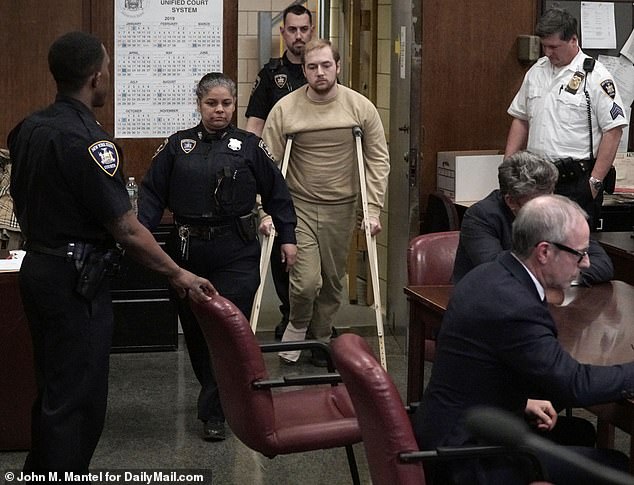 Jackson hobbled into the courtroom on crutches with a broken foot. He told the judge that he did not feel he was in the right state of mind to plead guilty despite having initially intended to 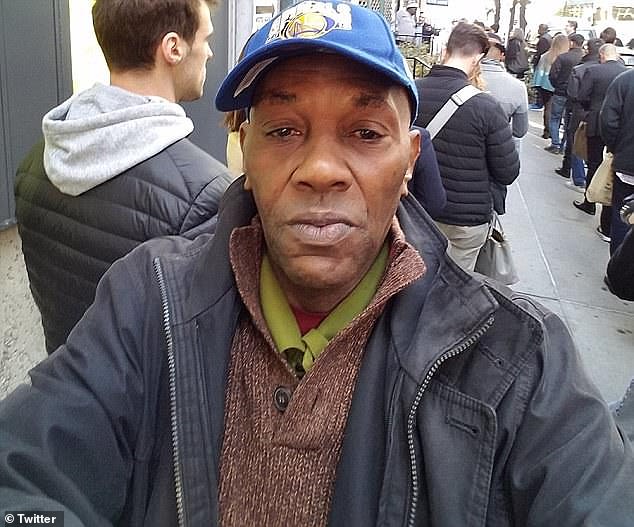 Jackson turned himself in to police two days after he stabbed Caughman (pictured) to death in Hell’s Kitchen, Manhattan, on the night of March 20, 2017

Jackson is allegedly a member of a documented hate group in Maryland who traveled from Baltimore to New York for the express purpose of killing black people.

Prosecutors say he stalked several black man before attacking Caughman in Hell’s Kitchen, plunging a knife into his back and chest repeatedly.

Caughman stumbled into a police station after being stabbed multiple times in the back and chest on Monday, but died at the hospital.

The NYPD issued surveillance footage of the suspect running through the street afterwards in a bid to find him.

Later, Jackson presented himself to officers at the Times Square substation after midnight Tuesday, telling them: ‘You need to arrest me. I have the knife in my coat.’

Police found two knives – one of which was the 26-inch black sword reportedly used to kill Caughman – in his jacket at the station, where he was kept for questioning. 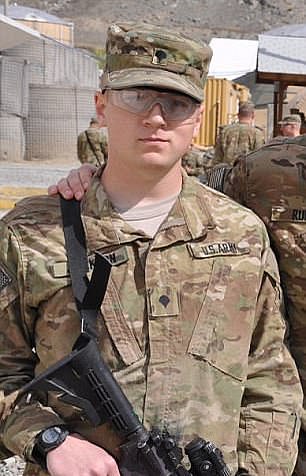 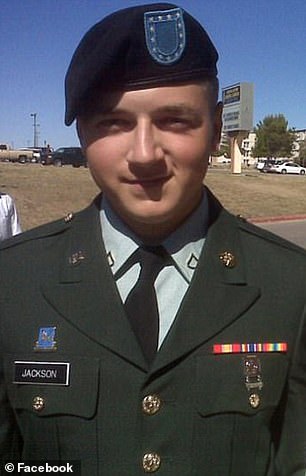 Jackson, who served in Afghanistan, had allegedly come to New York City from Baltimore with the express purpose of killing black people. Authorities say he stalked several black men before targeting Caughman

The New York Daily News cited police sources who said Jackson came to Manhattan eager to kill and had ‘rage against black men who get romantically involved with white women’.

The NYPD said Jackson revealed to them that he chose New York City specifically because of its reputation as ‘the media capital of the world’ and that he ‘wanted to make a statement.’

In a video played at a pretrial hearing, Jackson says: ‘I think we should just preserve the best people and get rid of all the dead weight. In my opinion, blacks are inferior people.’

The NYPD issued surveillance footage of the suspect running through the street after the stabbing in a bid to identify Jackson, who later turned himself in 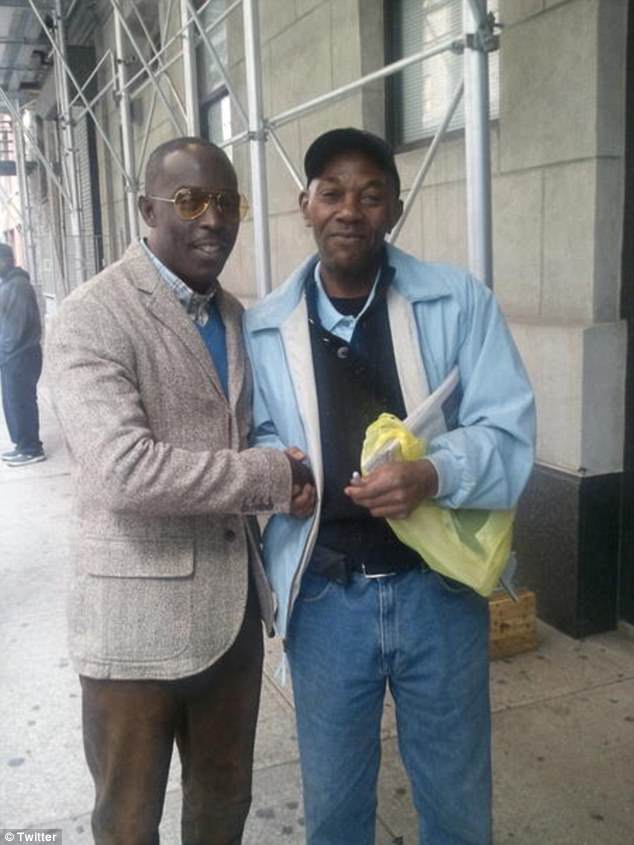