When pilot error sent a passenger jet plummeting to earth a mile short of Gatwick, 50 died – including a couple whose house was obliterated.

Miraculously, their 16-month-old baby survived, plucked from her cot in the blazing wreckage by a policeman who heard cries – the one bright spot on a grim night that chilled Britain.

Today, exactly half a century on, that survivor has spoken out in full for the first time. 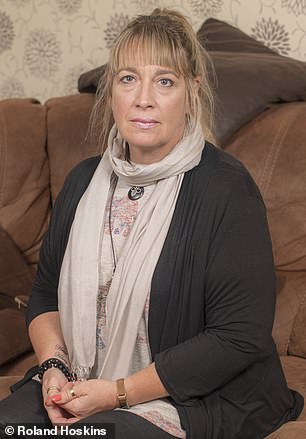 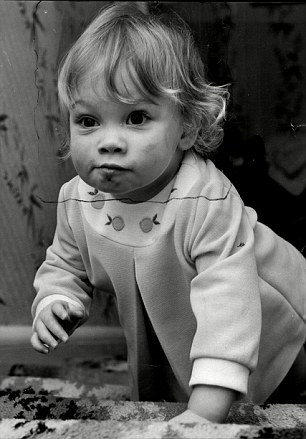 Beverly Jones, pictured left today and right as a toddler. She was orphaned by the 1969 Boeing plane crash at Horley, near Gatwick Airport

Beverly Jones, 51, says she was never properly compensated, or apologised to.

She complains that while an official memorial was erected to the largely Afghan victims on the plane, her parents were forgotten, even by the Queen.

He was among 11 to stagger injured from the flames, and helped passengers escape, but was officially blamed for the crash. 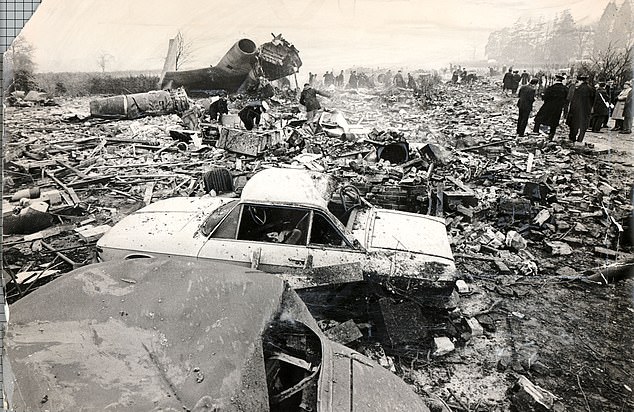 A Boeing 727 flew at 200mph into the four-bed detached house of Miss Jones’ parents, Bill, 40, and wife Ann, 27, in Horley. She complains that while an official memorial was erected to the largely Afghan victims on the plane, her parents were forgotten, even by the Queen

Miss Jones, a divorced mother of two grown-up daughters who works for Horsham council, said she wanted to mark today’s anniversary by speaking out.

‘I didn’t know what had happened till I was five. I thought my grandparents were my mum and dad. I’d seen pictures of my mum around, and they’d told me she was my cousin. Now they explained that my parents had been killed in an air crash.

She has gone to India on holiday for the anniversary to avoid painful memories.

‘It would be good to get an apology from the airline. And the Queen too – she sent a message to the king of Afghanistan to say how sorry she was for the loss of life, but never wrote to my grandparents or me. My parents and I were the forgotten victims of the crash. 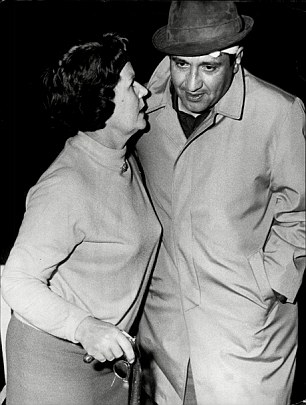 Miss Jones, who still lives near the airport in Crawley, remains angry at Ariana airline pilot Rahim Nowroz, pictured with his mother-in-law above. He was among 11 to stagger injured from the flames, and helped passengers escape, but was officially blamed for the crash

‘Of course I’m angry with the pilot. There was no compensation or anything in 1969 – people weren’t held to account. The victims of Lockerbie were treated differently.

What really annoyed me was when a memorial was put up in Woking cemetery, but only for the people on the plane, mostly Afghans. There was no memorial for my parents until I got a small plaque put up at Crawley crematorium.’

The Boeing 727 had set off from Kabul for Luton early in January 1969, but diverted when it encountered thick freezing fog.

Commander Nowroz decided to land at Gatwick after midnight – despite visibility of 50 yards.

He switched off the autopilot and ignored danger alarms. Wrongly believing his altitude was 300 feet, he clipped the chimneys of two bungalows.

The plane then flew at 200mph into the four-bed detached house of Miss Jones’ parents, Bill, 40, and wife Ann, 27, in Horley. It exploded in a ball of flaming jet fuel.

PC Keith Simmonds, 24, from Oxshott, Surrey, told the Daily Mail on the day of the crash: ‘The baby was buried under her smashed cot. She was bleeding and crying. I dug the bricks away, snatched her out.’

All Miss Jones has left from her time with her parents is a teddy from her lucky cot, Scruff.

Miss Jones said her grandparents were loving and did their best, but said her insurance broker father had a glittering future mapped out. 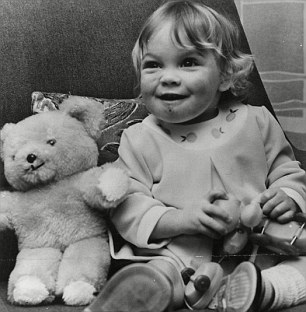 Beverly Jones, pictured above as a toddler, was plucked from her cot in the blazing wreckage by a policeman who heard cries – the one bright spot on a grim night that chilled Britain

Flight regulations were changed to stop landings in such limited visibility.

He was barred from flying but continued working in aviation businesses. He had blamed faulty instrumentation.

In 1978 he fled the Soviet invasion with his family and eventually died of a heart attack in 1989.

Miss Jones said she understood he died ‘a broken man’.

His two grown-up children now live in England; his English widow Valerie, 80, lives in a £200,000 house in Bracknell, Berkshire.

Mrs Nowroz declined to discuss the matter but a family friend said: ‘If this girl is looking for revenge, she should know Rahim paid for what happened – he never got back in the cockpit. She’s unhappy, so was he.’

Queen Letizia looks chic in blue to welcome the Chinese president and his wife
Indian man jailed after illegally entering Pakistan to meet online girlfriend freed after six years
Feminists slam ‘controlling’ police for telling women to jog in groups to avoid threats
Woman became addicted to fast food to cope with childhood abuse drops 230lbs
Who IS the favourite to become the next PM? We analyse the race for No 10
In cyber Commons, Jeremy Corbyn is back where he belongs... and new boy Keir Starmer plays a blinder
Man convicted in the murder of Michael Jordan's father in 1993 is granted parole
Schoolgirl, 17, FAKED brain tumour to con pop stars and their fans out of up to £400,000