An elusive Russian financier has ‘fled the country’ over a tiny debt owed to a neighbour following building work on his £3 million townhouse.

Multi millionaire Georgy Bedzhamov, who was once pictured with President Vladimir Putin, was due to attend court today to settle a debt of just £1,260.00.

But he failed to appear and a magistrate has ordered lawyers to track him down.

The secretive tycoon was previously due to be extradited to  to face fraud charges in 2016 after his sister was imprisoned for scamming one of country’s largest banks, but Prince Albert of Monaco intervened.

He denies the allegations against him in Russia, insisting the case is politically motivated. 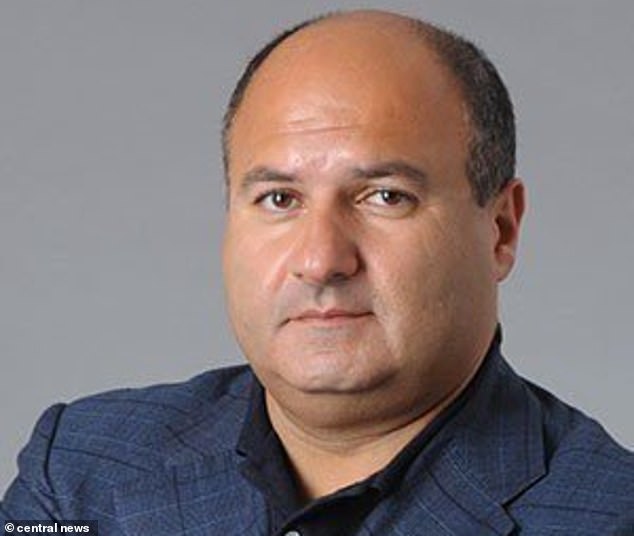 Georgy Bedzhamov, who is wanted in Russia for alleged fraud, has apparently fled the UK after he became involved in a dispute over his London home

Larisa Markus, who owned Russia’s Vneshprombank bank, was jailed for nine years after prosecutors brought a case against her claiming she had orchestrated one of the biggest bank frauds in history.

Bedzhamov fled Russia and moved to the tax-haven of Monaco shortly afterwards, but Russian investigators caught up with him and he moved to the United Kingdom.

He was living in a £3million townhouse in the desirable neighbourhood of Belgravia, central London, when he decided he need to expand his basement. 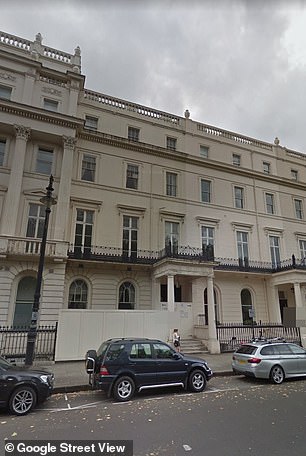 A dispute over the work led to an unpaid debt, but Bedzhamov failed to turn up to Westminster Magistrates’ Court today.

Lawyer Nigel Fowler told Magistrate Jane Smith: ‘I do not think he is residing in the country, so I do not think I will find him. I have googled him… but I cannot actually identify where he is.’

Magistrate Smith said: ‘Track him down to his address wherever he is. Then the court can procede.’

The Former Head of the Russian Bobsleigh Federation and his sister are said to have forged documents to siphon off loans to 286 shell companies with no intention of returning them.

Mr Bedzhamov, who part-owned the bank with his sister, was arrested in Monaco in April 2016 but was freed later that year after Prince Albert refused to allow Russia to extradite him.

Magistrate Smith has ordered Bedzhamov to appear the central London court on 1 March.

Our columnists Steph and Dom share their heartbreaking struggle to help their seriously ill son
Tory leadership: Matt Hancock formally launches bid to succeed May
Comedian Jack Whitehall shocked to discover his ancestor was an anti-democracy campaigner
Cambridge student was on her flight home when she jumped from a plane in Madagascar
Conservatives embroiled in 'doctored' video row: Piers Morgan blasts James Cleverly for 'fake news'
People who play board games and BINGO in their 70s stand a better chance of staying mentally sharp
Mother receives $400 worth of toys after her children order online without her knowledge
Gary Lineker reveals why he is inviting a refugee to come and live in his £4million London home