The EU is set to offer fresh assurances over the Irish border backstop in a bid to help get the deal through Parliament.

But the clarifications, expected next week, will fall far short of demands from Tory Eurosceptics and the DUP – and have been branded ‘Operation Fig Leaf’ by officials.

The PM has been engaged in a frantic round of diplomacy with EU counterparts as she stares down the barrel of defeat in the Commons in under a fortnight.

Allies insist she is ready to make MPs vote again and again to get the package through – although Brexiteers say they will just keep blocking it.

In phone calls with leaders including Angela Merkel and Spain’s Pedro Sanchez, Mrs May has been seeking ‘legally binding’ guarantees that the UK cannot be stuck inside the backstop indefinitely. 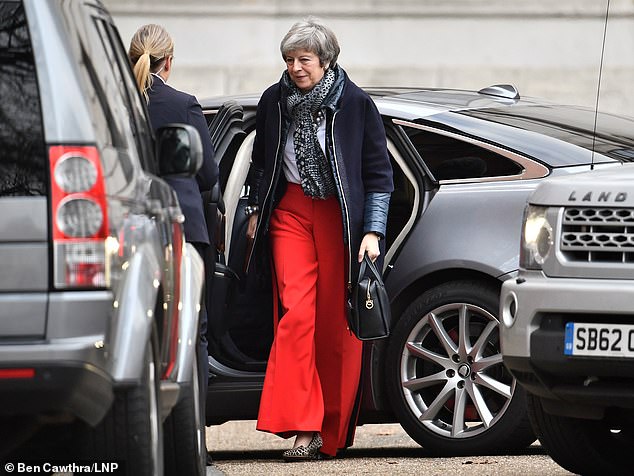 But in public she has been stonewalled, with the commission insisting there are no negotiations taking place and the Withdrawal Agreement will not be reopened.

According to The Times, EU leaders are prepared to reiterate commitments that the backstop is ‘not the desired outcome’ or will be ‘only for a short period’.

One senior Cabinet minister told MailOnline they were certain the EU was prepared to offer more guarantees.

But they said Brussels would only show its hand fully when it was clear what would unblock the Parliamentary log jam.

‘They have very strong political antennae in this country,’ they said.

‘They will want to calibrate their offer. There is no point if it is not going to get the deal through.’

There have also been hints that there could be further concessions after Mrs May loses a Commons vote – at which point it might be clearer what is needed to get the deal through.

Under the backstop arrangements, the whole UK would stay in a customs union with the EU to avoid a hard border on the island of Ireland – while Northern Ireland would obey some single market rules.

Brexiteers have condemned the proposals as they could restrict the UK’s ability to do trade deals elsewhere.

And the DUP, which is propping up Mrs May in power, has voiced fury that it would leave Northern Ireland operating under different rules to the rest of the UK. 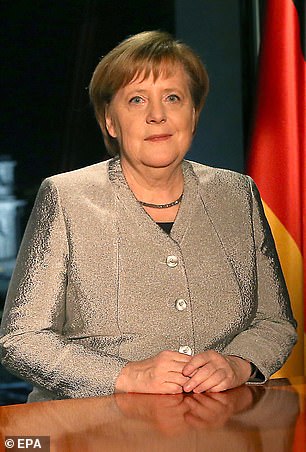 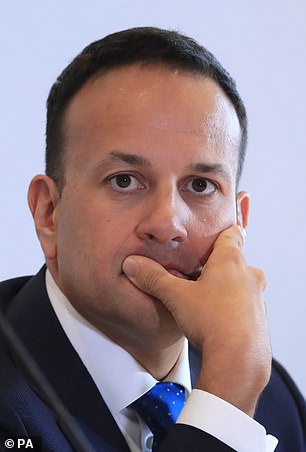 In phone calls with leaders including Angela Merkel (left) Mrs May has been seeking ‘legally binding’ guarantees that the UK cannot be stuck inside the backstop indefinitely. But Leo Varadkar (right) has dismissed the idea of reopening the Withdrawal Agreement

In a fresh blow for Mrs May today, the party’s Brexit spokesman Sammy Wilson dismissed the chances of her deal ever being acceptable.

Mr Wilson, appearing on BBC Radio 4’s Today programme, said: ‘It’s not just because of the regulations which Northern Ireland would be subject to with the backstop, but also the fact we would have to treat the rest of the United Kingdom as a third country, we would not participate in any trade deals which the United Kingdom may enter into in the future and we would find that there would be a border down the Irish Sea which would impede trade with our biggest trading partner, namely GB.’

DUP deputy leader Nigel Dodds insisted his party’s opposition to Irish border backstop proposals had not lessened after a meeting with the Prime Minister yesterday.

Allies of the PM have vowed defiance, with one telling Buzzfeed: ‘If we have to have the vote 30 times, we will.’

But Tory MP Simon Clarke responded: ‘Without meaningful changes we would vote against it 30 times.’

Meanwhile, the scale of the task facing Mrs May was underlined as a poll found 57 per cent of Tory members want a no-deal Brexit.

A major survey found the Conservative rank-and-file take a far harder line than the wider public – where only a quarter favour leaving the bloc with no agreement.

A majority of voters across all parties – 53 per cent – said the PM had failed to get a good deal.

But in a glimmer of light for Mrs May, they also believe any alternative leader would have fared ‘just as badly’ in negotiations with the EU.

And Tory voters – as opposed to members – back her deal by a margin of 46 per cent to 38 per cent.

Why holding a door open for a woman could get you sacked for sex harassment
Pictured: River of rubbish washed up in Salford Canal by Storm Gareth
Gwyneth Paltrow's Goop summit is headed for London but will Britons really pay £4,500 to attend?
Suicidal teens who tried to take their own life several times open up about their ordeal
SAS troops played key role in US-led raids that killed ISIS kingpin Abu Bakr al-Baghdadi
Turkey says it captured slain IS leader's sister in Syria
Shoppers hit the streets in search of Christmas gifts on one of the busiest days of the year
Donald Trump ABANDONS plans to disband coronavirus taskforce