Ukip leader Gerard Batten denied reports that Tommy Robinson is being lined up to take over as leader.

Multiple sources inside Ukip have reportedly claimed there are secret plans by current leader Gerard Batten to install English Defence League (EDL) founder as leader when he stands down.

But Mr Batten labelled the dismissed the reports as ‘fake news’. 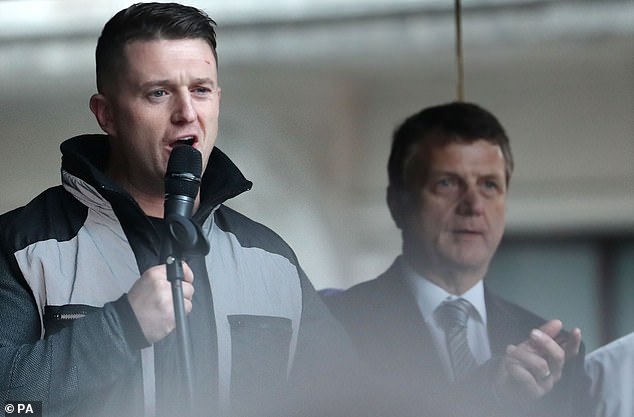 Gerard Batten is being lined up to become the next Ukip leader, according to reports

One senior source was reported as saying: ‘This is Gerard’s ultimate plan.’Another said: ‘Gerard only listens to Tommy Robinson. They’re best buddies.’

And a prominent figure told The Sun: ‘It would explain why Gerard is so keen to get Tommy Robinson in as a member before next leadership contest, due in April.’

Insiders have said Mr Batten is trying to change the rules to allow Robinson, real name Stephen Yaxley-Lennon, to join the party. He is currently forbidden due to the party’s blanket ban on former BNP or ELD members joining Ukip. 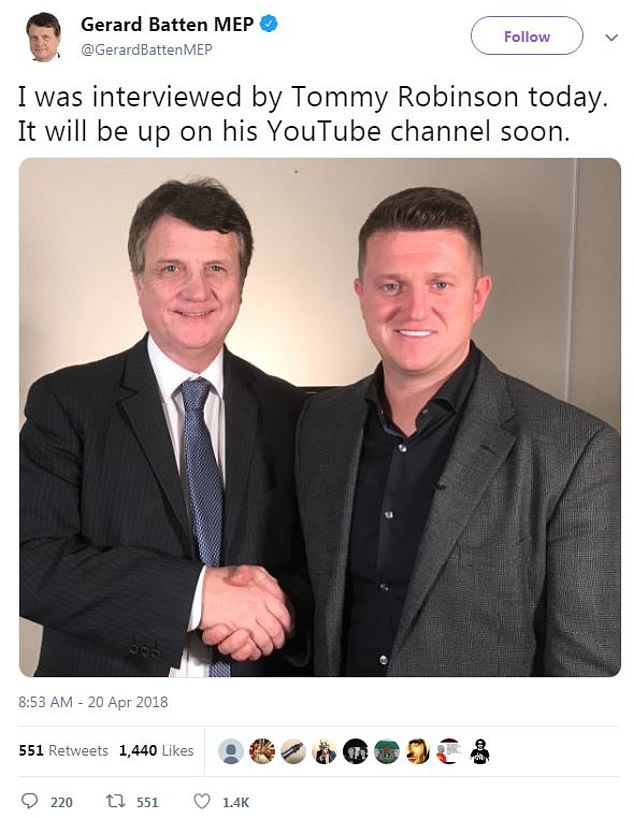 The Ukip leader has installed Robinson, real name Stephen Yaxley-Lennon, as an advisor 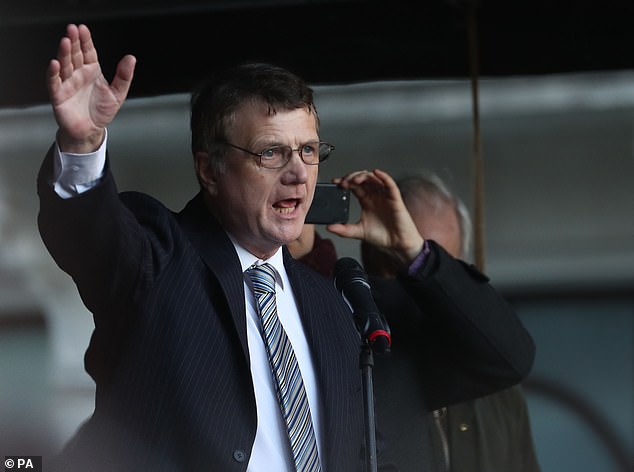 And there is allegedly plans for a party ballot to decide on whether Robinson can join the party, which may allow him to become Ukip leader later down the line thanks to his following across the UK.

There is allegedly evidence that Ukip was being lined up to become a Ukip MP is there is a by-election before the next General Election.

A source said: ‘With his social media following he’d have a good chance of becoming leader if he was able to stand.

‘There’s a realisation that Tommy wouldn’t just be joining to become spokesman for town planning given his profile and his way of doing things. He’s being groomed by Gerard to be a future leader.’ 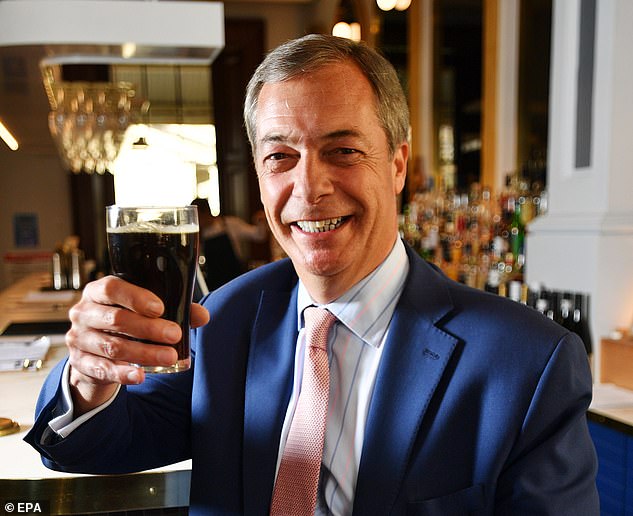 High profile Ukippers, including Nigel Farage, have left the party since Batten installed Robinson as an adviser

Multiple high-profile Ukip politicians have left the party after Mr Batten installed Robinson as an adviser in November – including former leader Nigel Farage.

Mr Farage has accused Mr Batten hof having an ‘obsession’ with Robinson’s rhethoric against Islam.

Last year, Robinson was jailed for 13 months for contempt of court by filming outside a grooming gang’s trial and uploading the footage online.

The outcome was quashed in August and has been referred to the Attorney General.

No. 1 Kansas holds off No. 10 Michigan State 92-87 in...
Parents BAN nannies from social media while working
BBC Radio 5 Live host Rachel Burden is forced to apologise over f-bomb
Freddie Starr’s fourth wife claims she tried to ‘kill herself to escape his torture'
Corbyn 'will announce Labour's backing for second referendum'
Police pull over what appears to be a boat driving down a motorway - but find it's a motorbike
Do you know how much meat is actually in your burger?
Snooker star Willie Thorne loses his home days after 'split' from Miss GB wife Jill Saxby