A 50-year-old man who drove his car into crowds celebrating New Year in a suspected racist attack has been charged with attempted murder.

The mentally ill driver of the silver Mercedes first attempted to hit a group of people in the western city of Bottrop shortly after midnight, but the pedestrians were able to jump out of the way.

The unnamed man then drove into the centre of Bottrop where he slammed into a crowd of Syrian and Afghan citizens.

He injured a four-year-old Afghan boy and his mother, 29, as well as a 10-year-old Syrian girl. 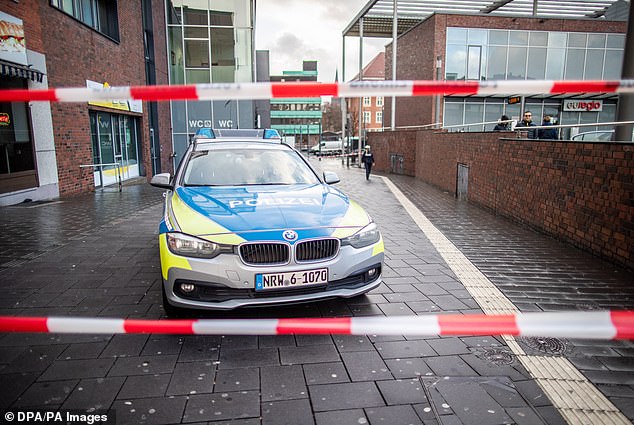 Four people have been injured after a mentally ill man drove into a crowd of people in Germany – in what appears to have been an attack targeting foreigners. Pictured: Police on the scene on Tuesday 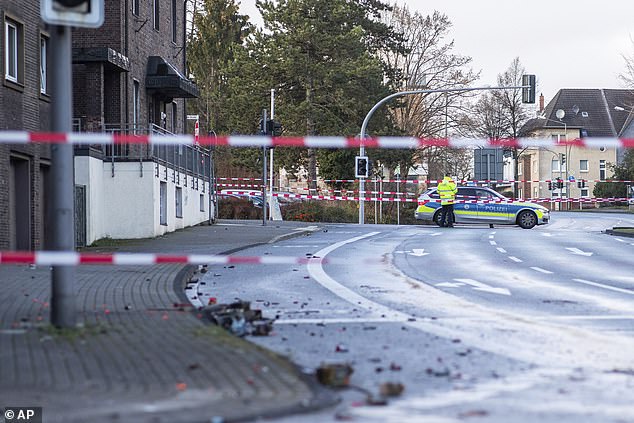 The 50-year-old driver of a silver Mercedes first attempted to hit a group of people in the western city of Bottrop shortly after midnight, but the pedestrians were able to jump out of the way, police said. Police taped off the scene on Tuesday

The driver sped off toward the nearby city of Essen after he struck the crowd, where he tried and failed to hit more people waiting at a bus stop before being arrested.

Police in the city of Munster said a judge had approved a request by prosecutors to formally charge him with multiple counts of attempted murder.

All but one of the eight people injured were from Syria and Afghanistan.

An eighth man who suffered a leg injury was identified as a 34-year-old German-Turk from Essen.

A 46-year-old Syrian woman who suffered life-threatening injuries is recovering in hospital after an emergency operation, police said.

Authorities said the driver made racist comments during his arrest. 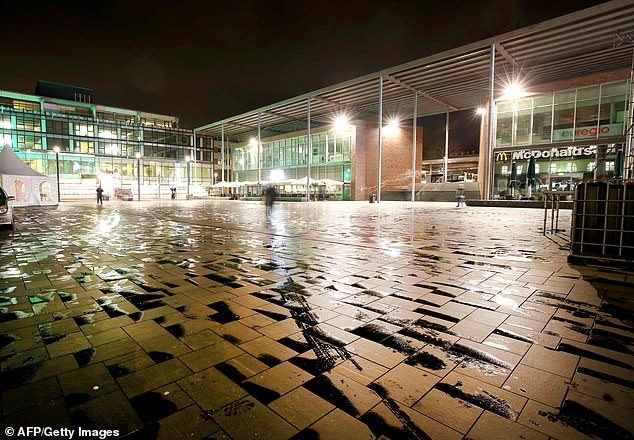 Picture taken on Tuesday shows the Berliner Platz square in Bottrop, western Germany, where the suspect intentionally hit a group of people during the New Year’s Eve celebrations 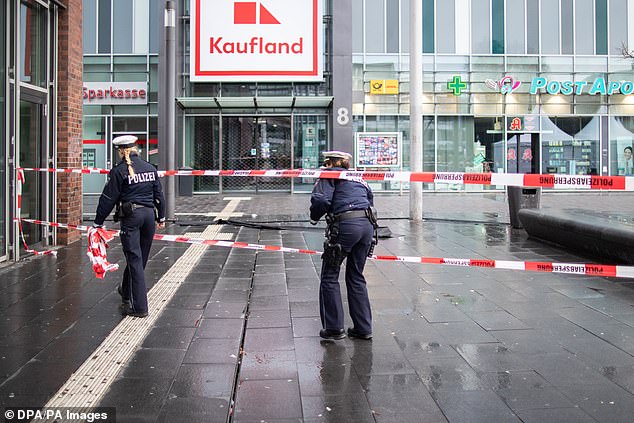 Police taping off the scene in Bottrop; the region’s interior minister, Herbert Reul, said the accused ‘had the clear intention to kill foreigners’

The region’s interior minister, Herbert Reul, said the accused ‘had the clear intention to kill foreigners’.

The man was not formerly known to police.

According to Spiegel Online, he has been treated for schizophrenia in the past.

The unemployed man reportedly told police that ‘the high number of foreigners is a problem for Germany that he wants to solve,’ said Spiegel.

In April, a German man drove a van into a crowd in Muenster, killing four people and injuring dozens.

The driver, who had sought psychological help in the weeks preceding the attack, then killed himself.

On December 19, 2016, a Tunisian man ploughed a truck into a busy Christmas market in Berlin, killing 12 people.

The attack was later claimed by ISIS. The driver, who fled the scene, was later killed in a shootout with police in Italy.

Libertarian icon Gary Johnson to talk on US Senate bid
Victoria oozes sports luxe in form-fitting ensemble as she plays tennis with family in Sydney
Boy, seven, fights for life after plunging from his ninth floor home
How to divorce-proof your marriage: Top lawyer reveals reasons behind break-ups
Leading neurosurgeon's simple workouts for your little grey cells
New no-fault divorce laws will lead to more splits, admits Justice Secretary David Gauke
Boris Johnson is to demand EU leaders rule out further extension as part of his new Brexit deal
Scientist who devised rules on treating sprains says using ice is BAD for you