has tweeted his support for President , wading back into politics months after he declared he would set the subject aside.

‘Trump all day,’ the rapper tweeted on Tuesday afternoon to ring in the New Year, followed by emoji depicting dragons. ‘Just so in 2019 you know where I stand.’

It came months after West’s October declaration: ‘I am distancing myself from politics and completely focusing on being creative.’ 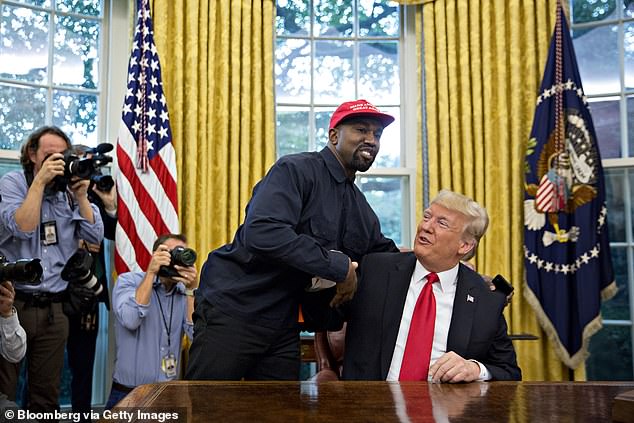 October, West and Trump held a famously bizarre meeting in the Oval Office

Tuesday’s tweet storm continued: ‘They will not program me.’

‘Blacks are 90% Democrats That sounds like control to me,’ West continued.

‘Love everyone,’ and ‘We will change the world. God is on my side. I am a Christian. I am a tax payer. I am myself. God is with us,’ the musician declared.

‘One of my favorite of many things that the trump hat represents to me is that people can’t tell me who I should do because I’m black. That’s real racism,’ he added in another tweet.

‘From now on I’m performing with my mutherf**king hat on,’ he said. ‘One of my favorite of many things about what the Trump hat represents to me is that people can’t tell me what to do because I’m black.’ 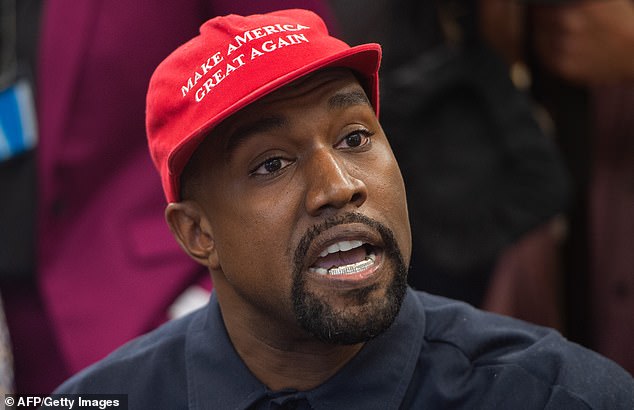 West declared that he would perform in a MAGA hat from now on. He is seen wearing one of the iconic hats in the Oval Office in October

The rapper also noted that he had spoken with podcaster Joe Rogan in an interview that would be released soon.

West also hinted at his plans to run for president, writing simply: ‘2024’.

In October, West and Trump held a famously bizarre meeting in the Oval Office.

The rapper delivered a 10-minute monologue on various topics, and encouraged Trump to replace Air Force One with a concept aircraft he dubbed ‘iPlane One.’

Days later, West accused conservative activist Candace Owens of falsely claiming that he supported ‘Blexit’, her campaign to get black people to abandon the Democrat Party and support Republicans.

Furious, West declared that he was done with politics and would stick to creative endeavors.

What your date's food choice says about how well your big night is going
Book reveals Rock Hudson sent letters to his lovers after he was diagnosed with AIDS
Homeless vet in alleged GoFundMe scam released pending trial
'Poor me!' Trump complains that he's ALONE in the White House on Christmas Eve
Dad has 'no regrets' about spending $90,000 on tattoos - because he loves people 'staring at him'
Earl Spencer
At least 12 diabetic inmates were 'ignored to death' in Georgia jails
Arizona primary school forced to close amid outbreak of hand, foot and mouth disease