Jake Hall has shared a romantic throwback post of himself with fiancée Misse Beqiri as he wishes everyone a happy new year.

The post comes two weeks after the reality TV star, 28, was ordered not to contact his partner, 31, for 28 days, over the Christmas period.

And while no details were given in relation to what sparked the order, Hall’s barrister Martin Lewis told the court his client had said no physical violence had taken place. 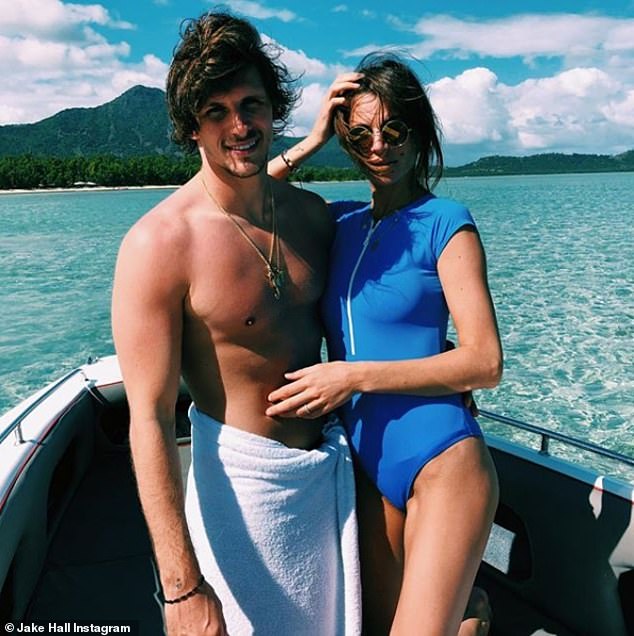 Trouble in paradise? Jake Hall has shared a romantic throwback snap with fiancée Misse Beqiri on holiday after a court ordered him not to contact her for 28 days

In the image taken in Mauritius last year, where Jake proposed, he wears nothing but a towel as he goes shirtless while on a boat, while Misse wears a blue swimsuit.

He wrote: ‘Happy new year, from us xxxx.’ 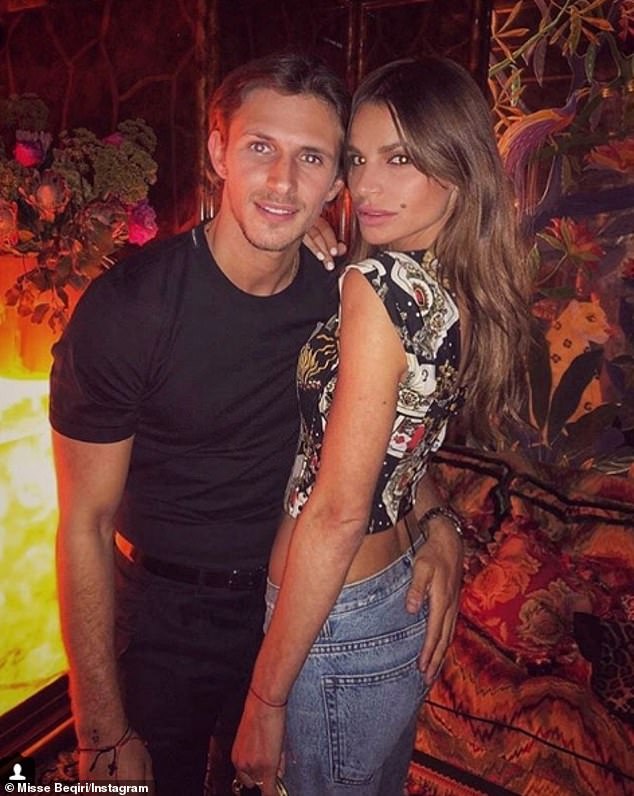 Time apart: The former TOWIE star has been ordered not to contact his model fiancée Misse Beqiri over Christmas – although it has been not revealed why exactly

According to Mr Lewis, Hall agreed that a ‘cooling off period’ may be a good idea to ‘keep the peace’.

The terms of the order, which were not read in court but were confirmed by a court official, state that Hall must not contact the model directly or indirectly and must not attend Park Walk in Chelsea for 28 days.

District Judge Kwame Inyundo said: ‘Mr Hall, you know what the order is and you understand that any breach of the order is a criminal offence which could lead to anything up to imprisonment.’ 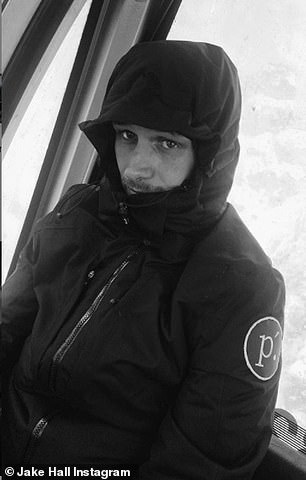 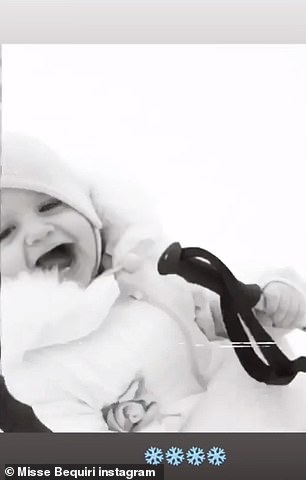 Frozen: On Wednesday, Jake and Misse were both posting from a snowy location, but it’s unclear if they are together or not

On Wednesday, Jake shared some images of himself skiing in a snowy location and Misse shared a video of their child in what appeared to be the same place.

It’s unclear whether or not the couple are in the same place – or if Missé was sent the clip of her child. MailOnline have contacted a spokesperson for comment.

He and Beqiri, who appeared in The Real Housewives of Cheshire, confirmed their romance in November 2016, as he finally put his seven-year relationship with former co-star Chloe Lewis behind him.

The couple got engaged during their recent holiday to Mauritius last year and moved into a new family home in Chelsea together shortly afterwards.

And while the pair regularly share pictures of themselves and their family on social media, the last posts both of them shared about each other referenced the amount of time Hall was spending at work. 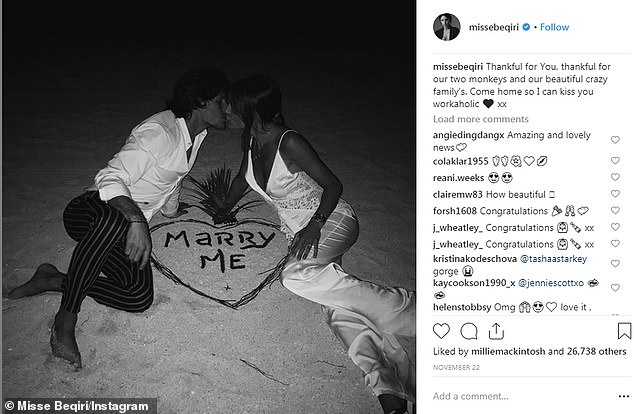 ‘Workaholic’: The last posts both of them shared about each other referenced the amount of time Hall was spending at work

Sharing a snap of her engagement photo, Misse wrote to her 251,000 followers: ‘Thankful for You, thankful for our two monkeys and our beautiful crazy family’s. Come home so I can kiss you workaholic xx.’

‘It’s been crazy with work lately! But can’t wait to get home and see my family and have an amazing weekend … hope everyone has a great weekend.’ 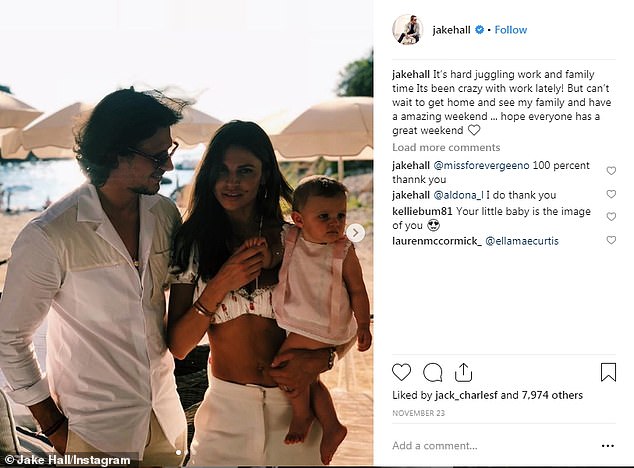 ‘It’s been crazy with work’: Hall also referenced work in the last photo he shared of his partner, writing: ‘It’s hard juggling work and family time’