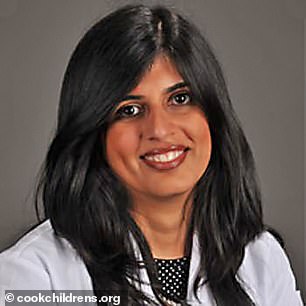 Texas mother-of-three Laila Jiwani, 42, was killed on Thursday by a fallen tree as she was hiking with her family in the Great Smoky Mountains in Tennessee

A Texas mother-of-three was tragically killed as she was hiking with her family when a tree suddenly fell in their path and she tried to shield her six-year-old son from getting hit.

Plano woman Laila Jiwani, 42, died on Thursday immediately after she was hit by the falling tree as she was hiking on Porter Creek Trail in Great Smoky Mountains National Park in Tennessee.

The tree suddenly fell in the direction of her son and she tried to protect him from getting hit and suffered the blow herself.

The tree was knocked down due to intense winds at the park.

Her husband Taufiq Jiwani said in a since-deleted Facebook post that she died ‘immediately upon the severity of the impact’.

Their son Jibran was also injured and airlifted to University of Tennessee Medical Center. His father said that his left was broken in two places and he suffered ‘superficial head injuries’. 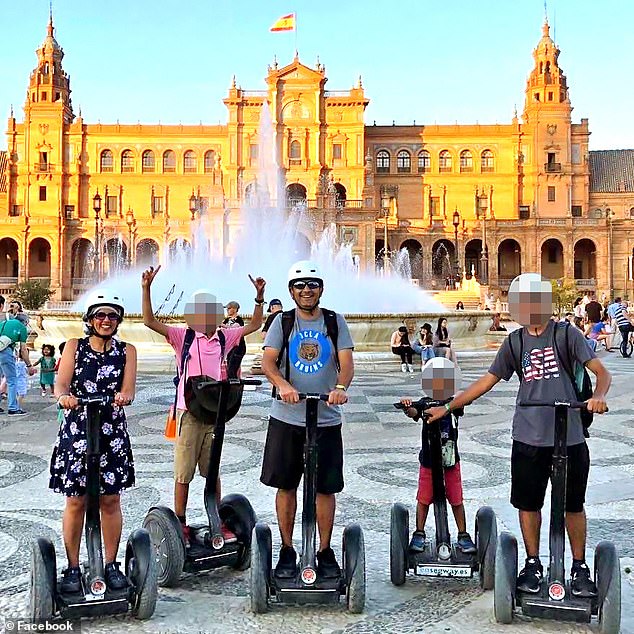 She was struck and killed as she was trying to shield her six-year-old son from getting hit. Jiwani pictured above with her husband Taufiq and their children

He’s undergone surgery and was discharged on Saturday.

He noted the hike was supposed to be ‘simple/safe’ and that the part of the tree ‘fell from the sky’.

Jiwani, a doctor at Cook Children’s Northside Neighborhood Clinic in Fort Worth, was said to have taken ‘the brunt of the impact’ to protect her child, doctors said.

Funeral services for Jiwani will take place on Wednesday in Dallas. She and Taufiq shared threes sons together. 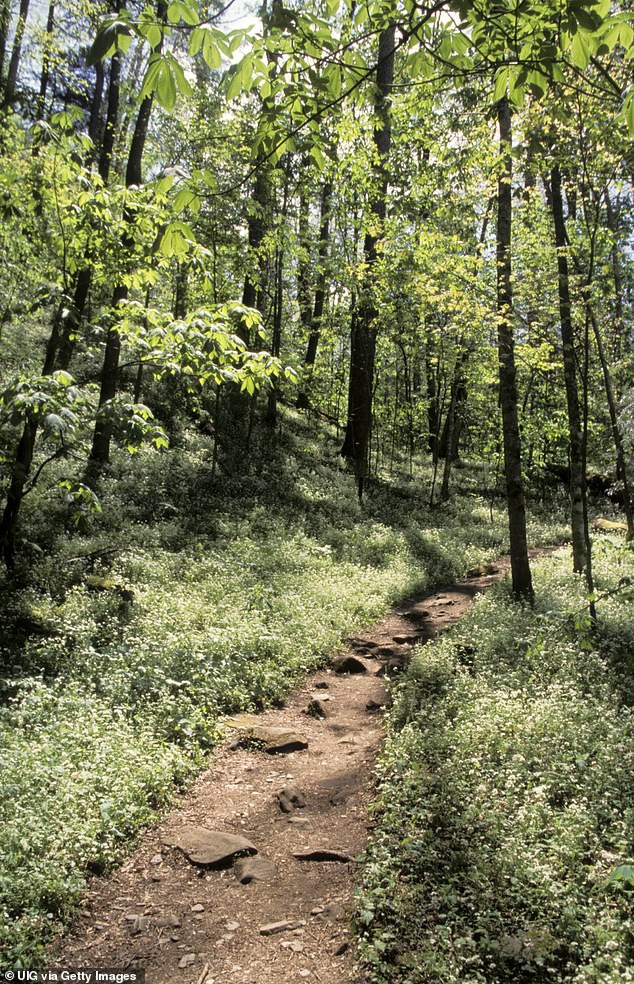 She and husband Taufiq Jiwani were hiking with their three sons along the Porter Creek Trail in the Great Smoky Mountains National Park when she was hit and killed. She died immediately upon impact

‘As the boys and I figure what to do next, please keep us in your prayers and allow us patience to respond. We appreciate the kind thoughts and generosity, we are still processing what all just happened,’ Taufiq wrote in the post.

She graduated from New York University’s School of Medicine before joining the hospital in 2007.

‘We are greatly saddened by the death of Dr. Laila Jiwani,’ Britt Nelson said to the .

‘She was beloved by her patients, families as well as her coworkers. Our thoughts and prayers are with her family,’ Nelson added.

Mormon mother-of-six says unplanned pregnancies are ALWAYS men's fault
Meghan and Harry step out on the first official engagement of Australia tour
Mountain lion dies after surviving California wildfire
Nepalese dog scales Himalayas reaching 23,000ft after following expedition team
Judge who gave a boy, 16, leniency in a rape case because he is 'from a good family' resigns
Greta Thunberg misses out on Nobel Peace Prize as the award is given to Ethiopia's prime minister
What does each paragraph of Harry and Meghan's statement really mean?
Coachella and Stagecoach music festivals are postponed until October over coronavirus fears