A Walgreens security guard has been charged with murder after he fatally shot a homeless man he accused of shoplifting at the store.

Security guard Donald Vincent Ciota II, 28, was charged with a count of murder for using a firearm as a deadly and dangerous weapon on Monday after he shot Jonathan Hart, 21, in the back of his neck on December 2.

Ciota accused Hart of shoplifting at the Los Angeles store and the two allegedly argued over a $2.99 water flavoring product.

When Hart tried to run out of the store, Ciota fired a single fatal shot.

Stomach-churning video footage from inside the store shows Hart sprawled on the ground and bottles of broken and spilled red wine on the floor. Ciota is seen making a phone call while standing over Hart’s body. 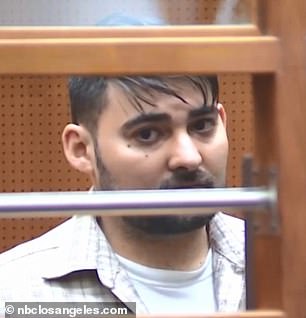 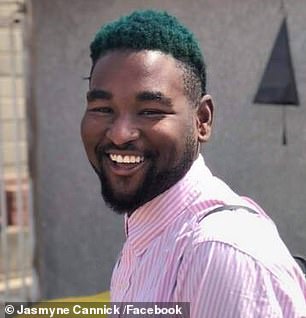 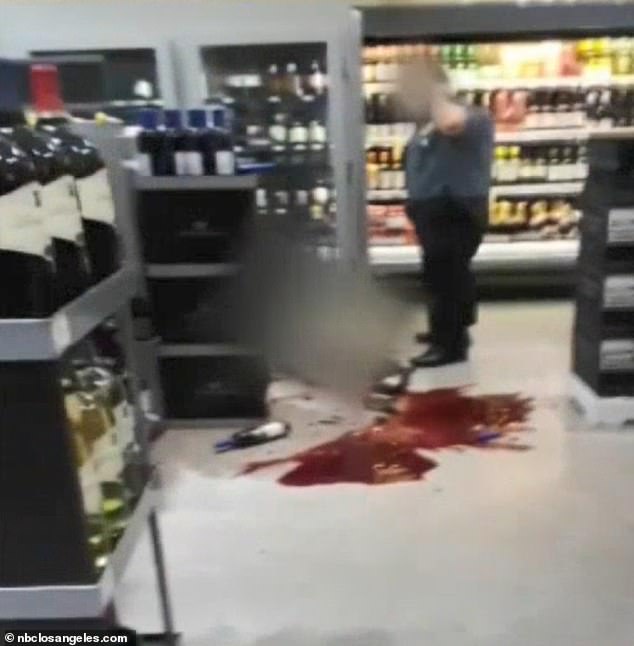 Shocking video taken by Hart’s friend at Walgreens on December 2 shows Ciota on the phone standing over Hart’s fallen body and spilled bottles of red wine, not blood 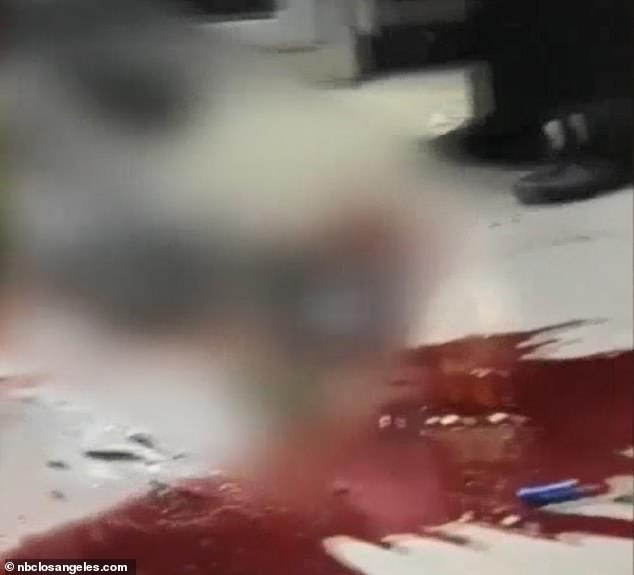 The video was recorded by a man who entered the store with Hart.

Hart’s heartbroken family is now suing Walgreens in a $525million wrongful death lawsuit, according to the .

Their lawyer Carl Douglas, who was a part of OJ Simpson’s defense at his 1995 murder trial, says that Ciota and Hart got into an argument that turned physical.

‘The guard says, “Freeze” as the man travels toward the door. The guard fires one shot, striking the man in the back of the neck,’ he added.

Cops and family members clarified that Hart was not armed.

Los Angeles Police arrived to Walgreens at the store located on the 1500 block of Vine Street.

Hart was transported to a hospital where he was pronounced dead. 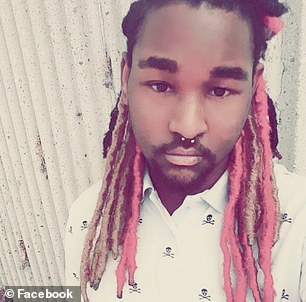 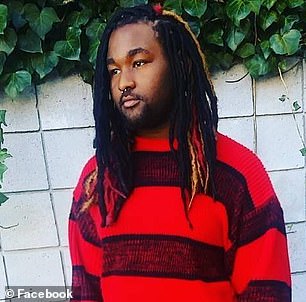 Hart and Ciota allegedly got into a fight over a $2.99 water flavoring product and pushed each other. Ciota accused him of shoplifting and when Hart tried to run away, Ciota shot him in the back of the neck 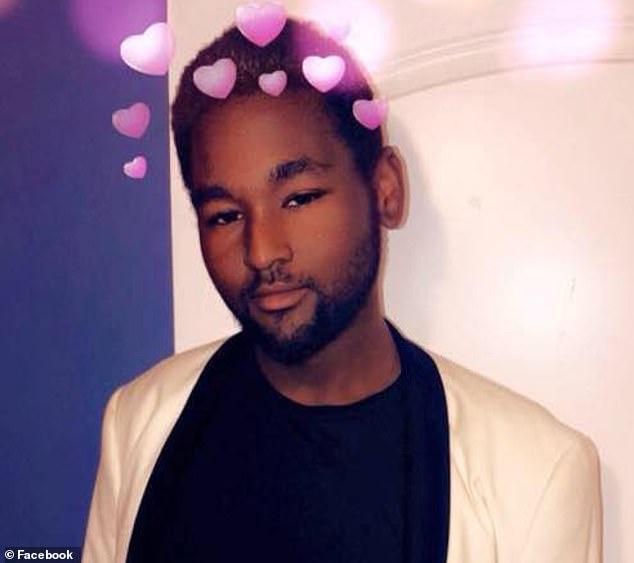 Hart’s family said he was also went by the name Sky Young and was homeless and suffered from mental illness. He had hopes to one day be a hairdresser 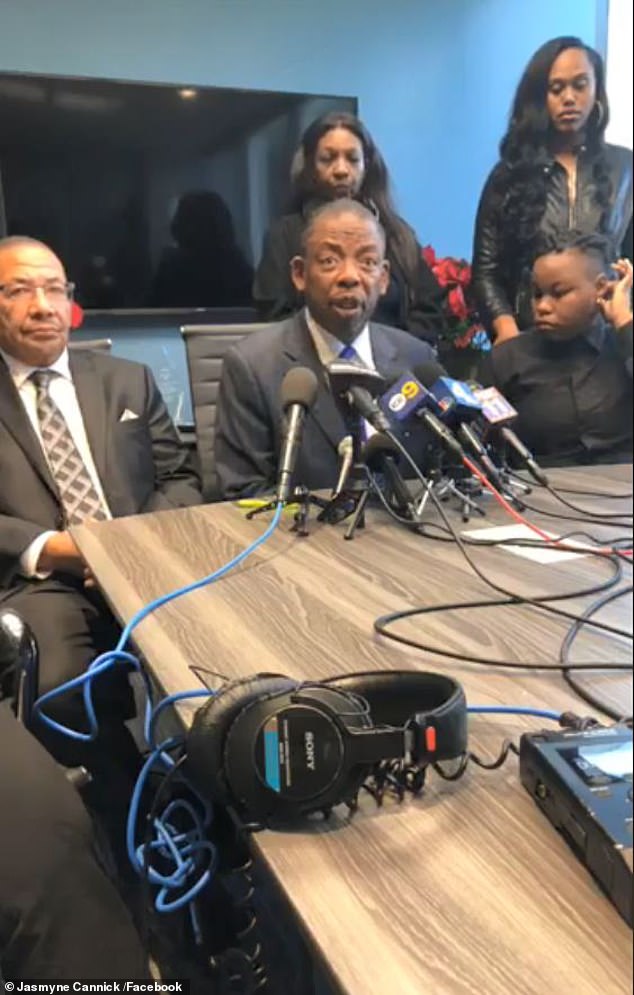 Hart’s family said he was also went by the name Sky Young and was homeless and suffered from mental illness, according to He had hopes to one day be a hairdresser.

His lawyer Douglas says that Hart was not shoplifting and instead was targeted because he was gay, homeless and black.

Douglas said: ‘I gave this family a pledge that Jonathan Hart will not have died in vain. Walgreens, the blood of Jonathan Hart is on your hands.’ 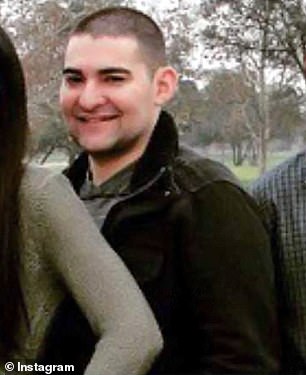 Hart’s heartbroken mother Psychesia Hart is a security guard herself, according to  and says Ciota did not follow protocal.

‘This mistake of a human being, because he had a badge and a gun, felt like he had every right to pull a weapon on my child,’ she said.

‘First off, you’re security. Our job as security officers: observe and report. But don’t pull no gun on nobody and shoot them in the back. What kind of coward are you?’ she added.

Walgreens issued a statement in light of the incident saying: ‘We have extended our deepest and most sincere condolences to Mr. Hart’s family. As a result of the tragic incident, we immediately terminated the security company, and we continue to fully cooperate in the ongoing police investigation.’ 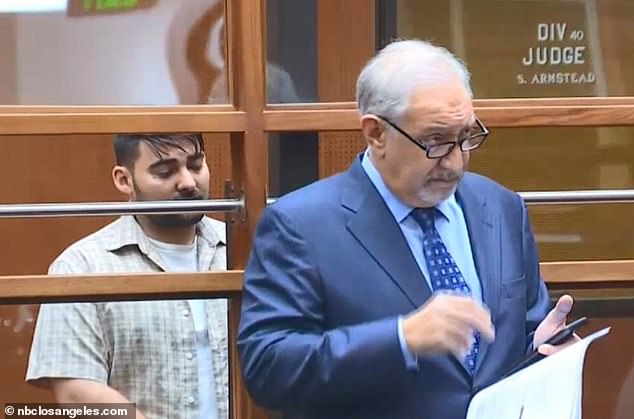 He’s being represented by famous attorney Mark Geragos, who represented big time clients like Michael Jackson and Winona Ryder, the two pictured above on Monday

Ciota was not hired directly by Walgreens but by a security company contracted by the pharmacy. Walgreens has since ended its contract with the company.

Ciota is currently being held on $3million bail and if convicted could serve life in prison.

He’s being represented by famous attorney Mark Geragos, who represented big time clients like Michael Jackson and Winona Ryder, according to

Ciota did not enter a plea on Monday and his arraignment was moved to Thursday. He’s being held at Los Angeles County Jail.

‘There is no way in the world this should be a murder case,’ Geragos said, requesting video of the shooting and asking the judge to view it.

‘We are heartened that justice will be on the way,’Douglas said on Monday after the murder charge was announced.