The star, 35, tied the knot in a surprise New Year’s Eve ceremony held in Manchester on Monday.

Beginning 2019 as a newlywed, Tina was joined by a whole host of her co-stars from the ITV soap, including her onscreen mother Helen Worth (Gail Platt) and soap brother Jack P. Shepherd (David Platt). 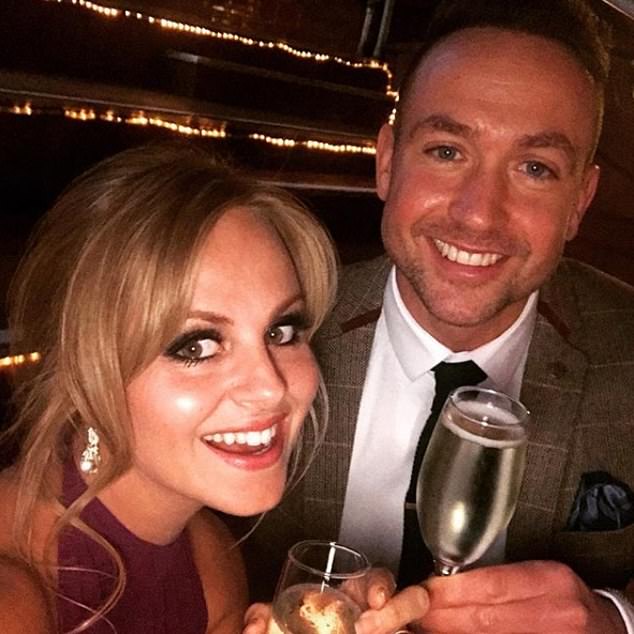 According to , the romantic nuptials took place at the King Street Tavern Hotel in Manchester, that boasts an infinity pool and rooftop bar.

Tina and Adam reportedly hired out the 40-bedroom hotel for their big day, which saw 80 guests, including family, friends and soap stars, turn out for the special occasion.

It’s believed the actress had wanted to keep her wedding under wraps and is still yet to confirm her newlywed status – choosing to shun social media in the lead up to the ceremony.

Joining Tina and Adam for their wedding was their four-year-old son Beau and her daughter Scarlett, 10, whom she shares with ex-partner Ryan Thomas. 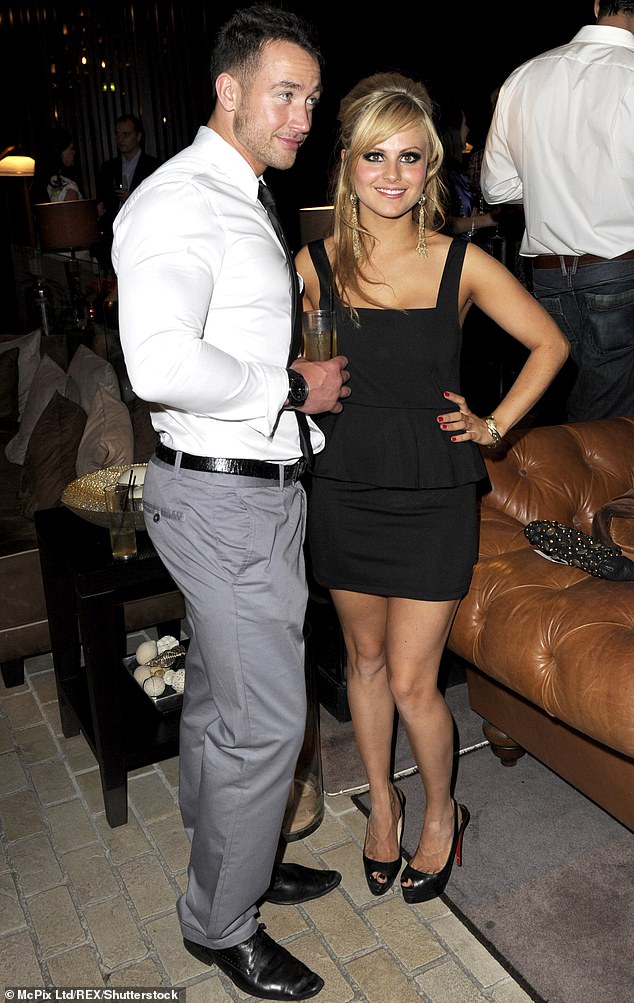 I do: According to The Mirror, the romantic nuptials took place at the King Street Tavern Hotel in Manchester, where Tina and Adam (above in 2011) were joined by her Corrie co-stars

While Ryan – who recently confirmed his relationship with girlfriend Lucy Mecklenburgh is back on track – was reportedly invited to Tina’s wedding, it seems he chose not to attend.

Instead, he revealed on social media that he jetted overseas, touching down on New Year’s Eve.

Those in attendance, however, included many of Tina’s Coronation Street co-stars, including her soap family The Platts who she has starred alongside for more than 15 years – though she did take a break from the soap between 2007 and 2015. 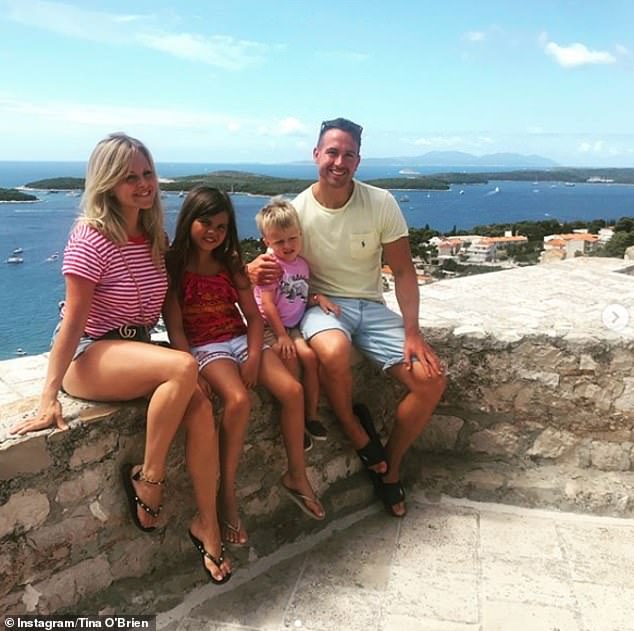 Sweet: The couple were also joined by their four-year-old son Beau and Tina’s daughter Scarlett, 10 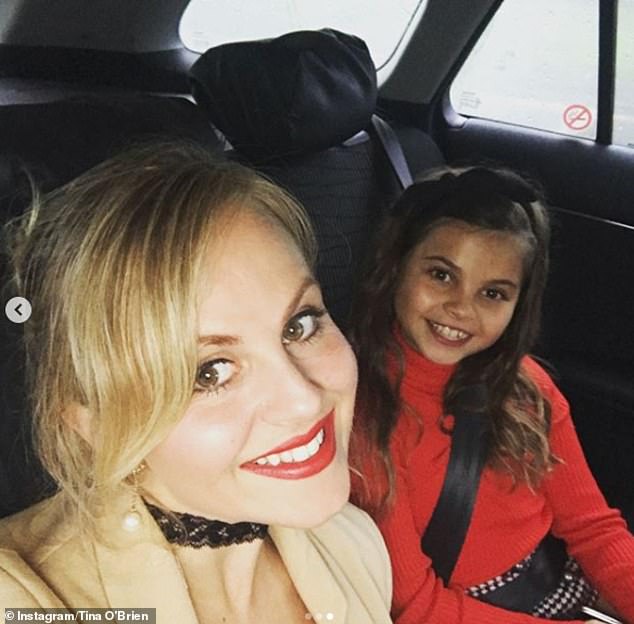 Helen Worth and her husband of five years Trevor Dawson, Jack P. Shepherd and his girlfriend Hanni Treweek and Lucy Fallon – who plays Tina’s onscreen daughter Bethany Platt – and her boyfriend Tom Leech were all seen arriving at the wedding venue ahead of the ceremony.

I’m A Celebrity star Sair Khan arrived later for the wedding reception with boyfriend and Our Girl actor Simon Lennon. 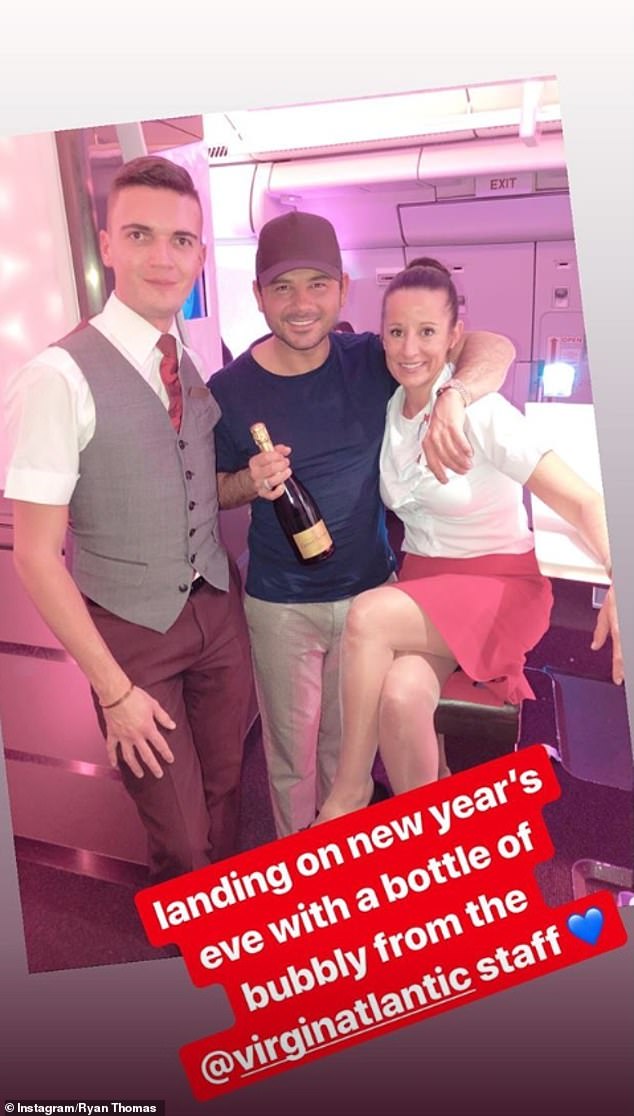 Absent: While it’s claimed Ryan had been invited to the wedding, it seems he chose not to attend and instead revealed her had jetted overseas on NYE

Tina’s wedding to husband Adam comes two and a half years after the couple confirmed their engagement.

Adam had proposed to the mother-of-two in May 2016 in a Manchester bar, after five years of dating.

He met Tina seven years ago when her daughter, then two, approached the rugby player in a branch of Starbucks in Manchester and introduced herself. 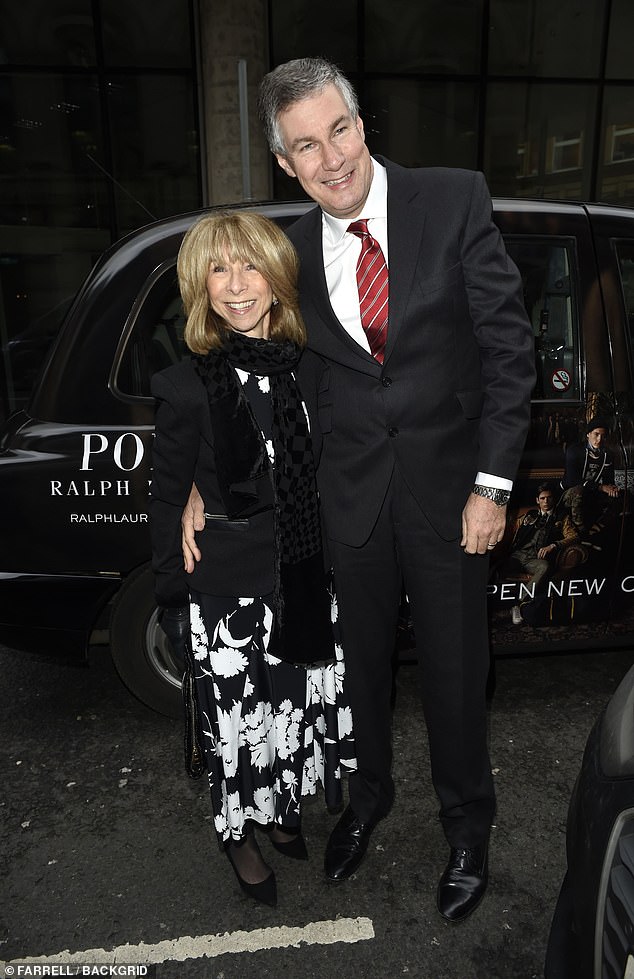 Guestlist: Helen Worth  – who plays Tina’s onscreen mother Gail Platt – and her husband of five years Trevor Dawson were seen arriving ahead of the wedding on Monday 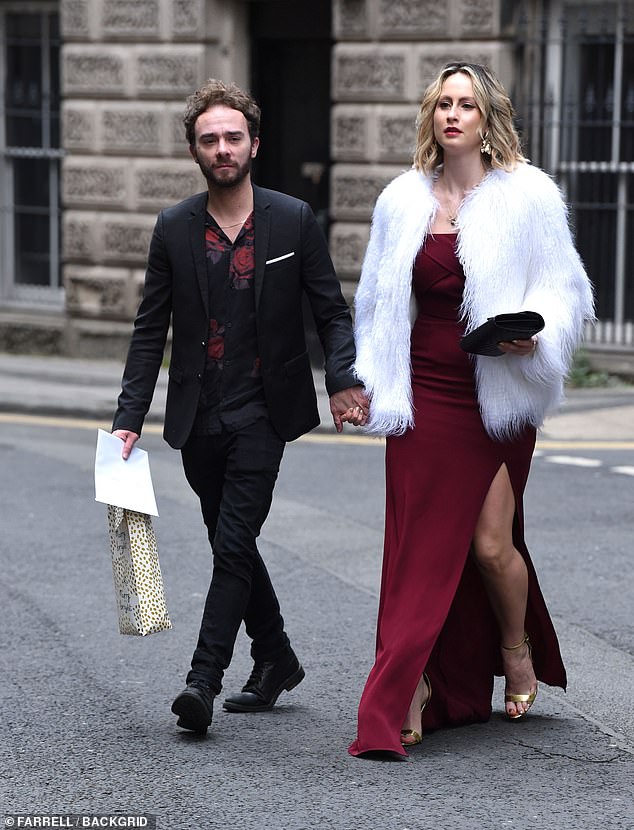 Big day: Jack P. Shepherd and his girlfriend Hanni Treweek were dressed to impress for the special occasion 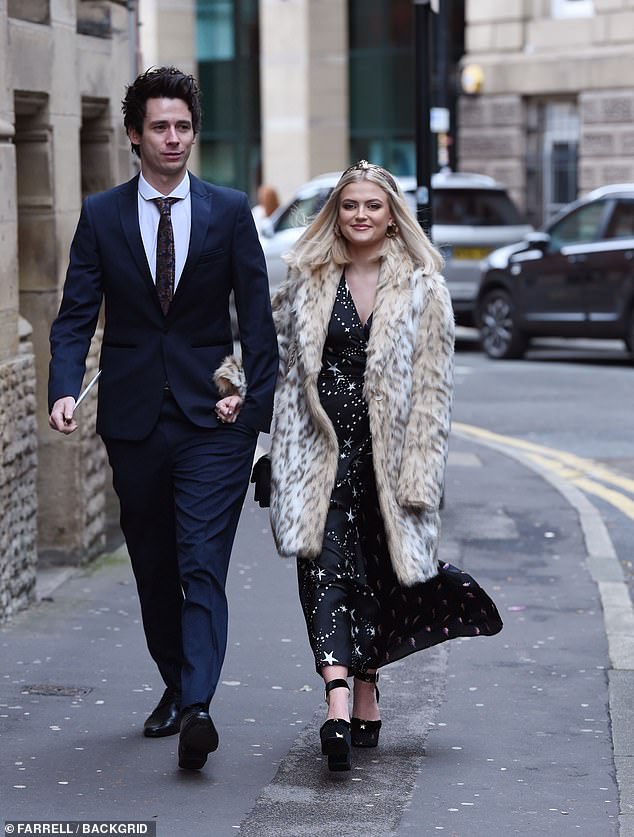 Lovely: Lucy Fallon – who plays Tina’s onscreen daughter Bethany Platt – and her boyfriend Tom Leech made a glamorous pair as they arrived to the venue

Rather than ‘I’m Scarlett’ she only said ‘Hello, man,’ and the rest, it seems, is history.

Speaking of her husband’s sweet proposal, Tina previously told OK! magazine: ‘My heart was hammering, I opened the door and Adam was standing there in his shirt and all smartly dressed.

‘There were candles all around the room and flowers and petals on the bed in the shape of a heart.’

‘He immediately got down on one knee and asked me to marry him,’ she revealed, before confessing: ‘He said lots of lovely words but I can’t remember any of them!’ 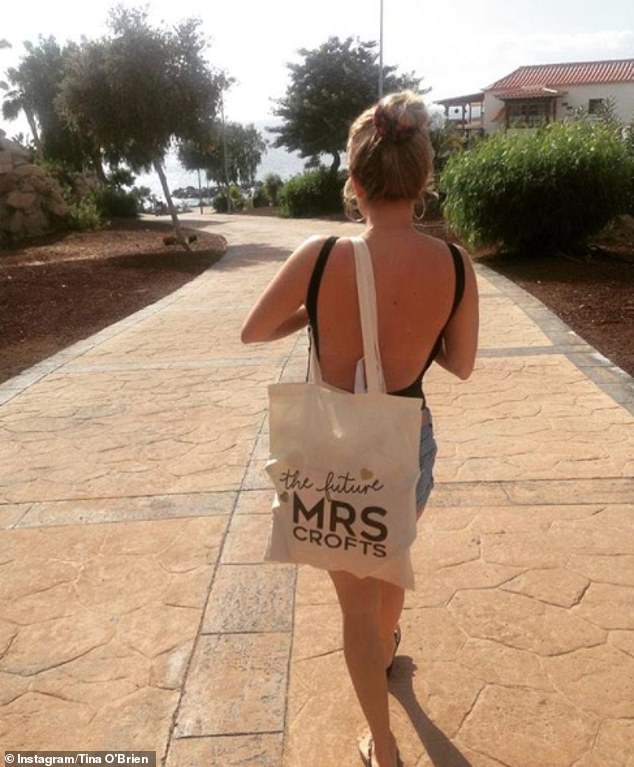 Mrs Crofts: Tina met husband Adam seven years ago, with their nuptials coming two and a half years after he popped the question in May 2016 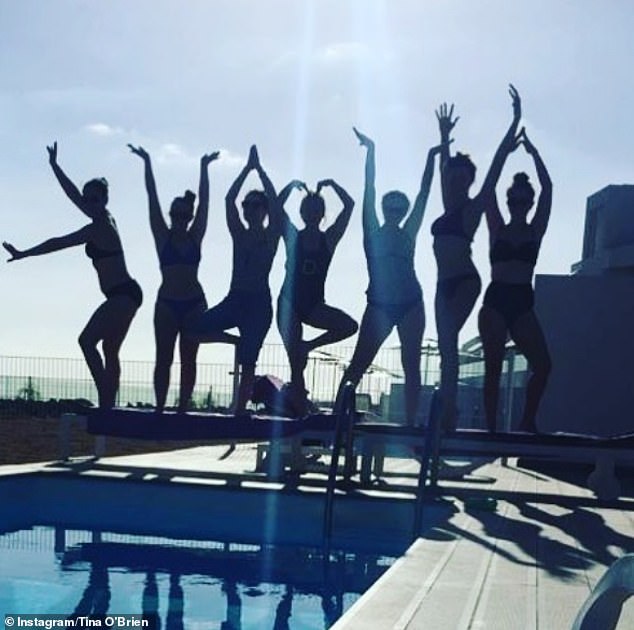 Last hurrah: Tina had celebrated her hen do in Tenerife alongside her closest friends

In the lead up to her wedding, Tina has remained quiet on social media, with reports claiming she has purposely wanted to keep her big day quiet.

The star had celebrated her hen do in Tenerife with her closest friends at the beginning of December – littering her Instagram page with snaps from her girly getaway.

Tina told fans that she’d had a ‘wonderful few days’ away with her pals and that she ‘didn’t want their break to end’, as they marked her last hurrah before tying the knot together.

Tina first shot to fame as Sarah Platt on Coronation Street in 1999. She appeared on the soap for eight years until 2007 and later reprised the role in 2015. 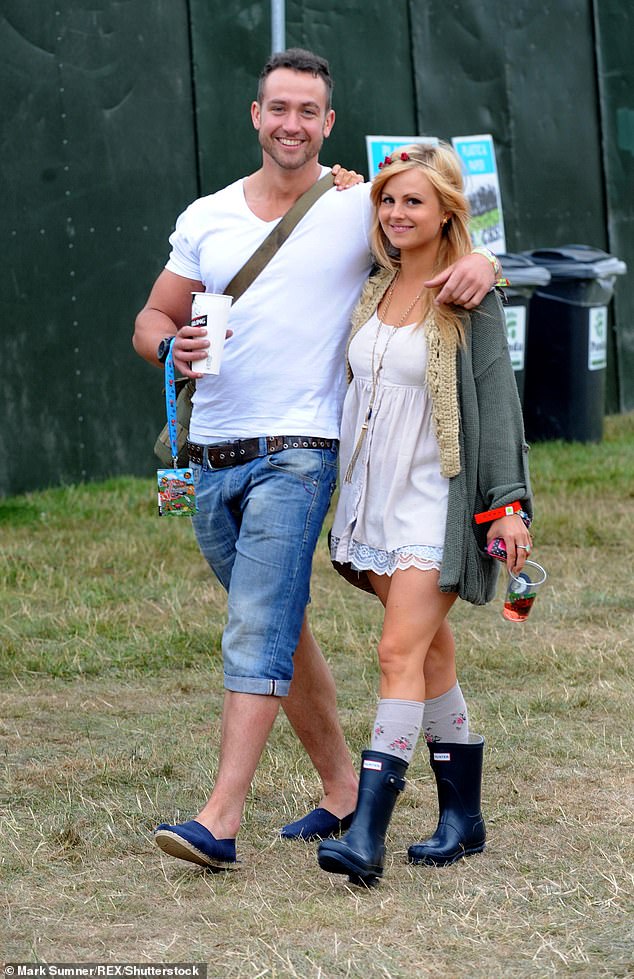 Smitten: Tina (above with Adam in 2011)  first shot to fame as Sarah Platt on Coronation Street in 1999 – she appeared on the soap for eight years and later reprised the role in 2015

Downton Abbey's Elizabeth McGovern says it felt like the cast 'never left'
Sofia Vergara dons her $26 Walmart jeans... ahead of her Maui trip with husband Joe Manganiello
Ariana Grande goes on social media flurry and thanks fans for her latest success amid Swift drama
Kourtney Kardashian is seen for the first time since getting back together with ex-Younes Bendjima
Strictly's Karim Zeroual and girlfriend Poppy enjoy boozy date night before live show
Love Island's Ollie Williams 'tried to sell £8,000 buffalo head online in now-deleted listing'
Married At First Sight: Connie Crayden and Samuel Levi in Melbourne car crash
Jimmy Carr leaves viewers shocked as he unveils hair transplant on Save Our Summer