Britain will be able to tackle important issues such as housebuilding and the if MPs back her withdrawal agreement, declares today.

In her New Year message, the Prime Minister says this country can thrive and ‘start a new chapter with optimism and hope’.

But to do so we need ‘to put our differences aside and move forward together’.

Her comments came as Andrea Leadsom told MPs they would undermine democracy if they did not back Mrs May’s plan for . 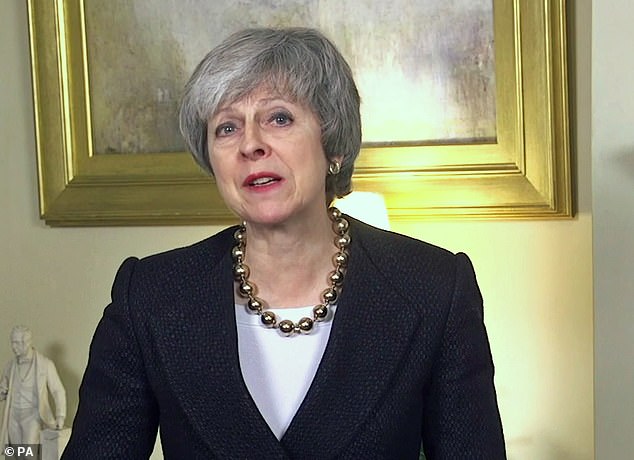 Mrs Leadsom, who was a leading pro-Leave figure in the referendum campaign, said the agreement hammered out with Brussels delivered on the 2016 vote.

In an article for the Daily Mail, right, she challenged fellow Eurosceptic Tory MPs to get behind the policy or risk renewed calls for a second referendum, which she pledged to ‘fight tooth and nail’. The Leader of the House said: ‘We can come together to support this deal, or we can throw the negotiations back into limbo and undermine our democracy.

‘Should that happen, I know many will be demanding a second referendum and/or an extension to Article 50.

‘I will fight tooth and nail against any such outcome. 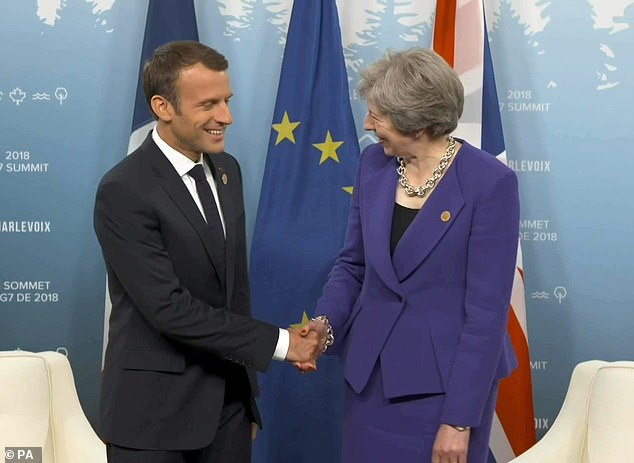 She urged MPs to back her Brexit withdrawal agreement which she agreed with EU leaders, such as Emmanuel Macron (pictured), earlier this year

‘The people spoke in 2016, and Parliament must deliver.’

Mrs May will this week embark on a fresh round of telephone calls with EU leaders as she seeks to secure a legally-binding declaration making the Northern Ireland ‘backstop’ time limited.

Downing Street yesterday said the Prime Minister had ‘been in touch with European counterparts over the break’ but there was still work to do.

MPs are due to debate the withdrawal agreement from next Wednesday before voting on it the following week.

Having been forced to pull the vote in December in the face of almost certain defeat, Mrs May needs something fresh to offer her critics in the Tory ranks.

In her message, Mrs May said: ‘New Year is a time to look ahead and in 2019 the UK will start a new chapter. The Brexit deal I have negotiated delivers on the vote of the British people and in the next few weeks MPs will have an important decision to make. 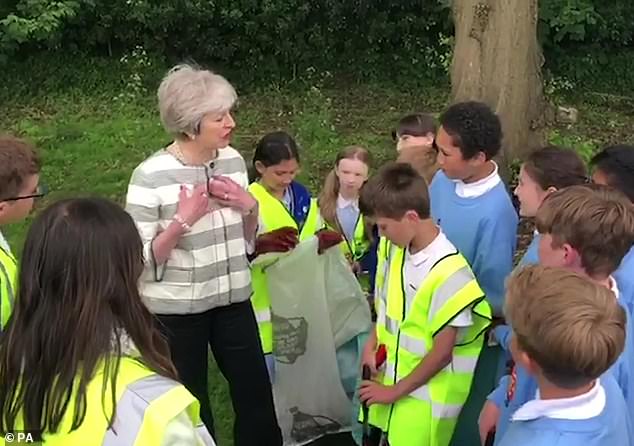 ‘If Parliament backs a deal, Britain can turn a corner.

‘The referendum in 2016 was divisive but we all want the best for our country and 2019 can be the year we put our differences aside and move forward together, into a strong new relationship with our European neighbours and out into the world as a globally trading nation.’

The Prime Minister said Brexit was not the only issue facing the country: ‘By agreeing a good Brexit deal, we can focus our energy on those things – strengthening our economy and opening up new markets for our businesses to create new jobs and opportunities across the UK, building the housing our country needs so everyone can have a home of their own, and transforming technical education so everyone gains the skills they need to get on.

‘Our long-term plan for the NHS will put a record investment into our most precious public service so it is there for us when we need it. 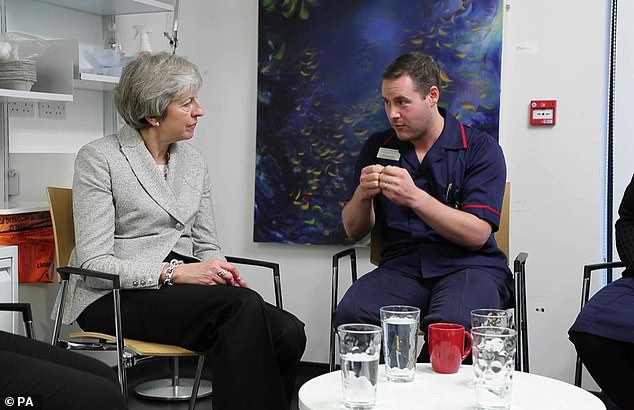 ‘We will introduce a new skills-based immigration system to replace freedom of movement, and by protecting and enhancing our natural environment, we will make Britain a healthier place.’

Democratic Unionist Party leader Arlene Foster used her New Year message to warn the PM that she will need to get significant changes to the withdrawal agreement.

Mrs Foster, whose party is in a confidence and supply arrangement with the Conservative Government, said: ‘The Prime Minister has promised to get changes to the legally binding withdrawal agreement.

‘We will be holding her to that commitment and we will work with the Government to achieve a better deal.

‘We are very mindful that any deal will bind the hands of future governments and prime ministers therefore the legal text must be watertight.’ 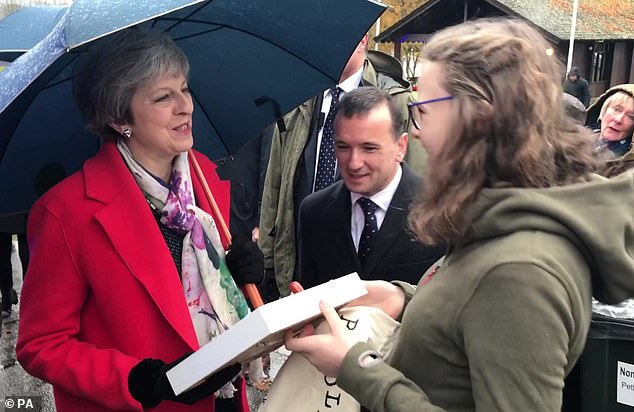 McCarthy warns Trump could possibly be impeached if Democrats take the Home
Inside Morocco beheading suspect's squalid home: 'Jealous' man lived in rundown family house
Jeremy Corbyn’s allies ‘intervened in anti-Semitism probes'
The million-dollar question: Is David Miliband an ocean-going hypocrite?
Julie Andrews refused to take cocaine at a party when hosts tried to pressure her into it
Tourists stranded in bushfire-ravaged Mallacoota are about to be freed by Navy
Tony Abbott tells Heritage Foundation 'every extreme weather' is wrongly linked to climate change'
Mother-of-four waves goodbye to her lover as she sends him off on the bus to murder her ex-husband