A yacht owner has told how he was almost killed when his vessel collided with a 4,000-tonne ferry off the coast of the Isle of Wight.

Peter Jackson, 56, was onboard his 33ft motor cruiser, Phoenix, in September when it was hit by the huge Red Falcon ferry sailing between Southampton and Cowes.

The crash was one of three incidents involving ferries in the area in the space of less than a month. 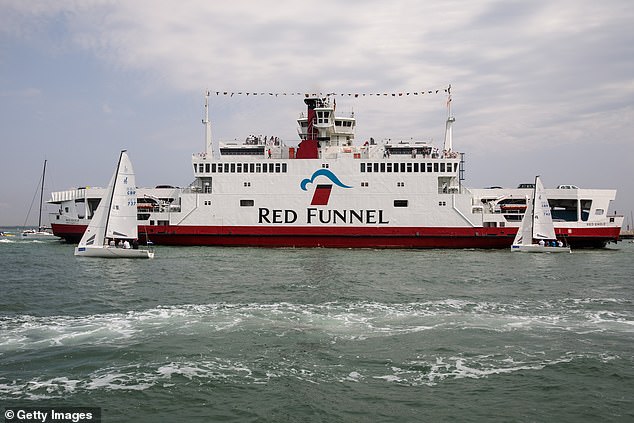 A pleasure boat owner has told how he and his passengers were nearly sucked beneath a 4,000-tonne ferry off the coast of the Isle of Wight. File photo

Mr Jackson, whose wife Julie and two passengers were also on board at the time, said the huge ship hit his boat from behind as he faced ‘a 60ft wall of steel’.

He told : ‘It sounded like a bazooka shell had hit us… we were bounced down the side of the hull towards the propellers. Only the radar arch over the yacht stopped us from being dragged under.’

The Red Funnel ferry firm, which runs the Red Falcon, is said to be denying it was to blame, prompting a potential legal battle later this year.

Weeks after the crash, the Red Falcon was involved in another crash, this time with a moored yacht called Greylag.

The ferry subsequently ran aground and the master the mate were suspended. The yacht Greylag sank.

Another ferry running between the South Coast and the Isle of Wight, called Wight Sky, suffered catatrophic engine failure earlier this year and then a machine fire in December.

Red Funnel have not commented on the crash with Phoenix, but following the other crash, the company’s CEO Fran Collins insisted they have ‘a proactive safety management culture’. 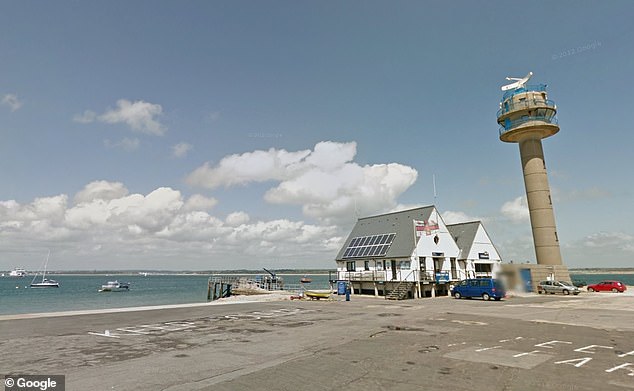