A video has emerged which seems to show a huntsman beating a hunt protester with a whip.

Anti-fox hunting group Cheshire Hunt Saboteurs (CHS), which posted the video on , said the incident occurred on Monday afternoon in a field in Ollerton.

The clip shows a a man on horseback dressed in hunting pink confronting a male demonstrator who stands in the way of the horse.

The protester seems to try to stand in the way of the rider and the two collide and an altercation ensues. 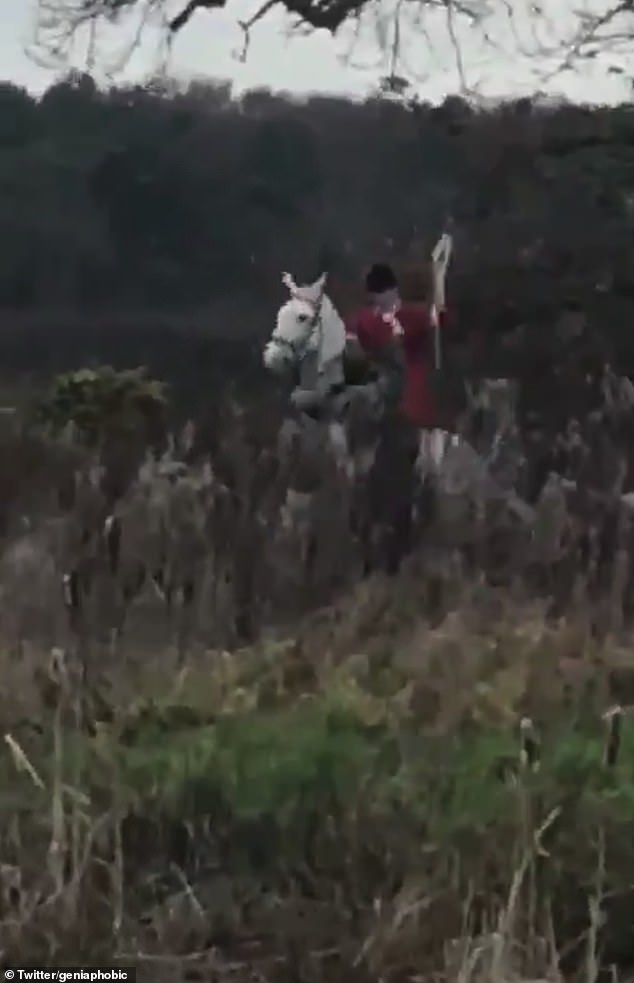 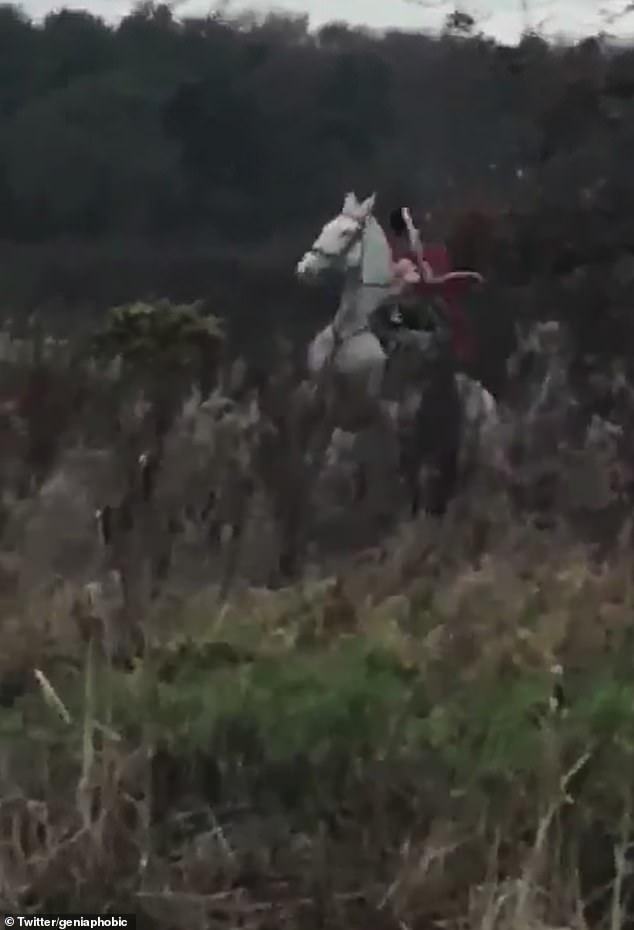 The man standing raises his hands over his head and the man on horseback brings his hand, holding the whip, down 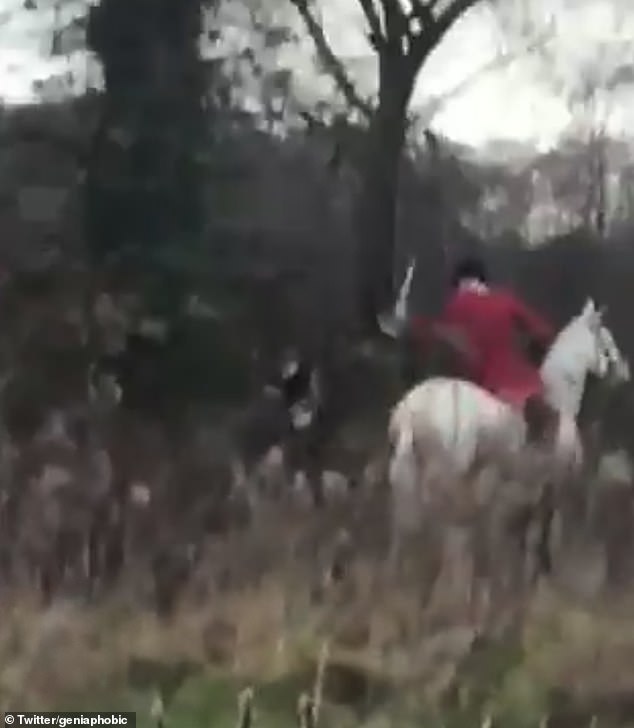 The protester holds his hand up as if to stop or to fend off the horse and rider, but the huntsman continues to try to pass the would-be saboteur or push him aside.

The man on horseback bring his whip hand up over his head and brings the implement down towards the protester several times, visibly striking him twice, as the standing man raises his hands above his head.

The huntsman then gallops off amid the sound of barking hounds and hunting horns.

In a statement on its Facebook page, CHS said it saved a fox which it alleged was being pursued by the hunters.

Sabs wrote: ‘We called off the the hounds yesterday with Cheshire Against Blood Sports as they were in full cry and in pursuit of a suspected bagged fox [a fox cornered in woodland]. We saw the fox to safety’

There is no evidence an animal was being chased in defiance of the 2005 Hunting Act. MailOnline has approached the organisers of the Cheshire Forest Hunt for comment.

The rider in the video, the group claimed, ‘couldn’t contain his anger and violently attacked our sab [saboteur] with his horse and his whip’.

‘This is the reality of what we have to deal with when we spoil the bloodlust of these violent individuals,’ it added.

A protester who witnessed the incident told The Independent: ‘He began to ride into him and hit him with his whip. Being on top of a horse, and also using the animal as a weapon, our saboteur had very little chance of defending himself.’

The Independent reported a Cheshire Police spokesman said: ‘An investigation into the allegations is continuing and officers are continuing to speak to those involved and are reviewing footage to establish the circumstances.’

The hunting of foxes with hounds was banned under the terms of the Hunting Act, but remains legal if the dogs are following a scent trail laid down artificially.

Driver calls cyclist a t*** for riding 'in the middle of the road'
Fleabag: The star's stepmother is a passive aggressive, scheming artist who snubs her at every turn
President Trump 'is set to meet Boris Johnson during his UK State Visit'
Liverpool fans clamber on cars, straddle traffic lights and scale buses after Champions League win
Boris Johnson's campaign chief brands Hunt a 'pushover'
Kevin Hart recovering from surgery after suffering 'major' back injury in late night horror crash
An olive-skinned twist! Charles Dickens bucked the 'pallid Victorian' trend by sporting a TAN
PAUL THOMAS on... the passing of a British icon