Gordon Ramsay’ wife Tana has confirmed she is pregnant with the couple’s fifth child.

The 44-year old broke the news in a celebratory Instagram video posted from the family home in south London on New Year’s Day.

Tana, already a parent to children Megan, 21, Matilda, 17, and fraternal twins Jack and Holly, 19, with the celebrity chef, revealed a prominent baby bump that suggests she already some months into her pregnancy. 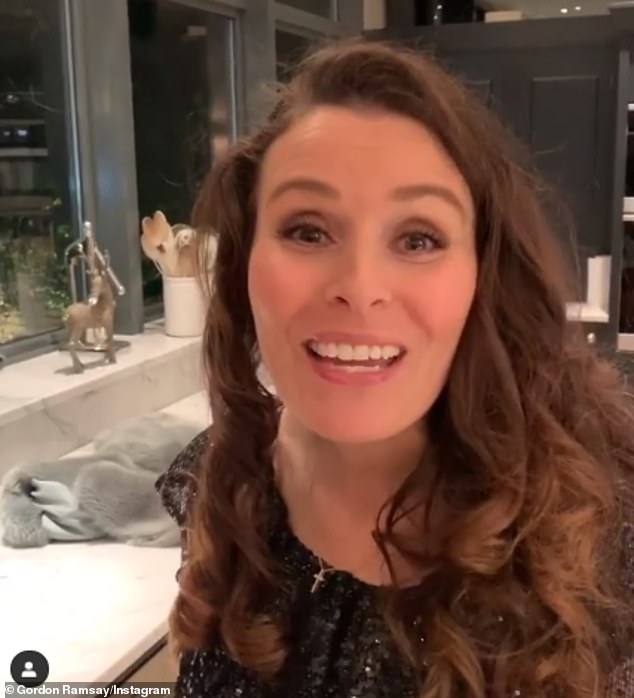 Happy news: Gordon Ramsay’ wife Tana has confirmed she is pregnant with the couple’s fifth child in a sweet in Instagram video, shared on New Year’s Day

Posted on Gordon’s official Instagram account, the short video pans to each of their children as they wish followers a happy new year before finally settling on Tana, who lifts her sequinned top to reveal the highly noticeable bump.

News of the pregnancy comes just 11 days after the couple celebrated their 22nd wedding anniversary.

Gordon celebrating the occasion by sharing a snap from the couple’s wedding day in 1996 with the accompanying caption: ’22yrs today…. happy anniversary gorgeous @tanaramsay thx Gx 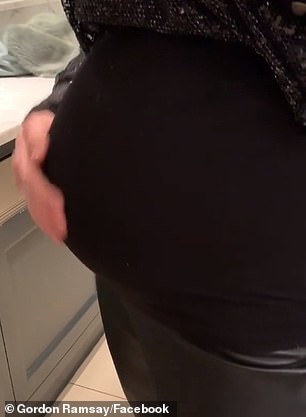 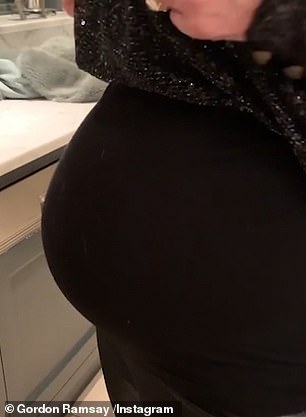 Prominent: Tana, 44, revealed a prominent baby bump that suggested she already some months into her pregnancy 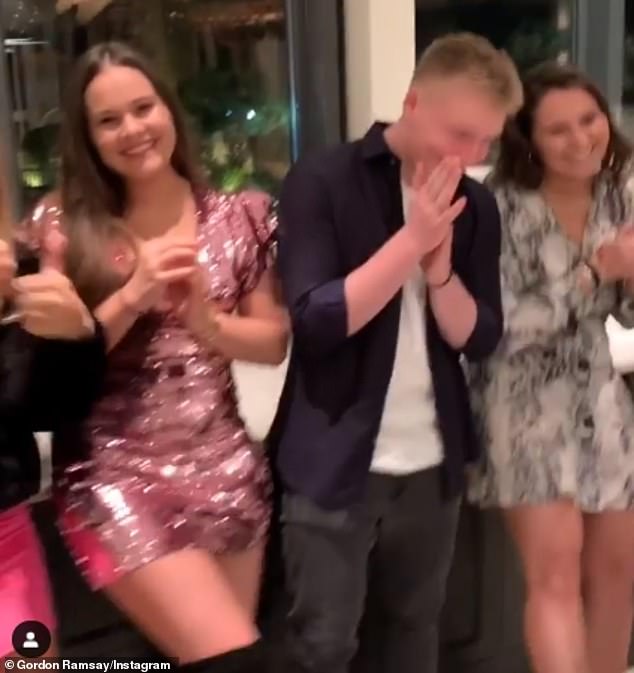 Brood: Posted on Gordon’s official Instagram account, the short video pans to each of their children as they wish followers a happy new year

The announcement also coincides with Jack and Holly’s birthday, with the twins turning 19 on New Years’ Day.

Congratulating the pair in a throwback photo shared with her followers, Tana wrote: ‘Happy 19th Birthday to my gorgeous twins – you make every day so happy and certainly full of surprises…. love you so much.’

Gordon and Tana suffered a miscarriage in June 2016, and the celebrity chef admitted, in spite of the tragedy, the devastating loss brought his family closer together. 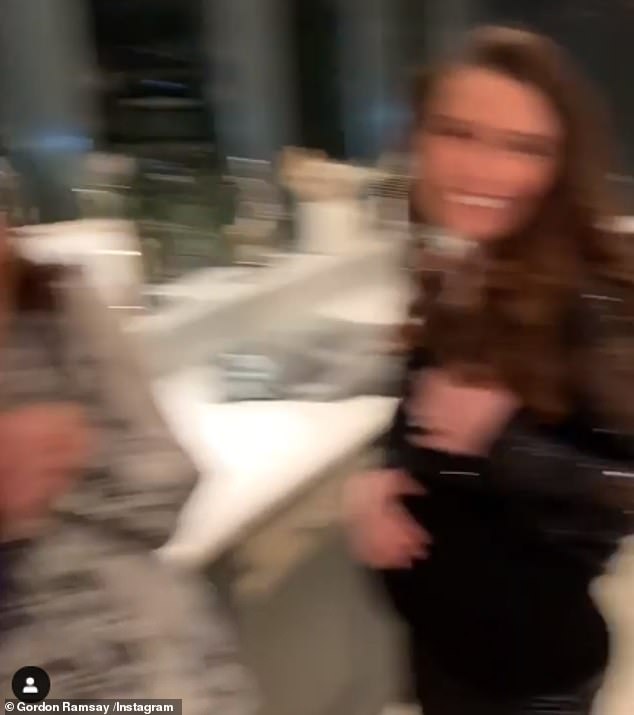 There it is: The clip finally settles on Tana, who lifts her sequinned top to reveal the highly noticeable bump 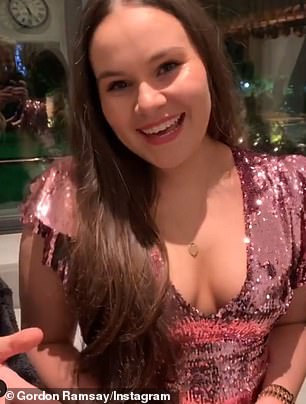 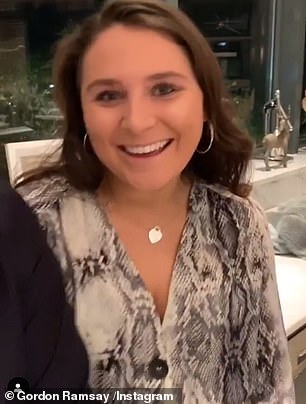 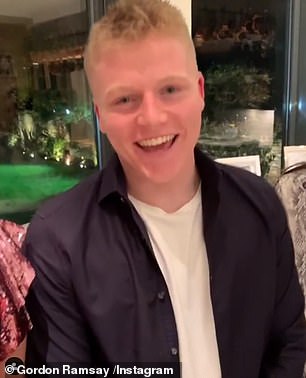 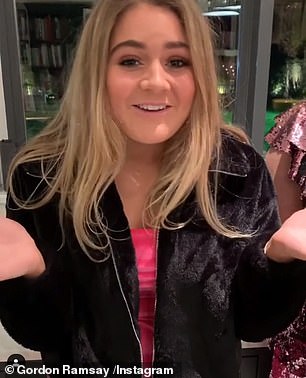 … as well as fraternal twins Jack (L) and Holly (R), both 19. The pair celebrated their birthdays on January 1 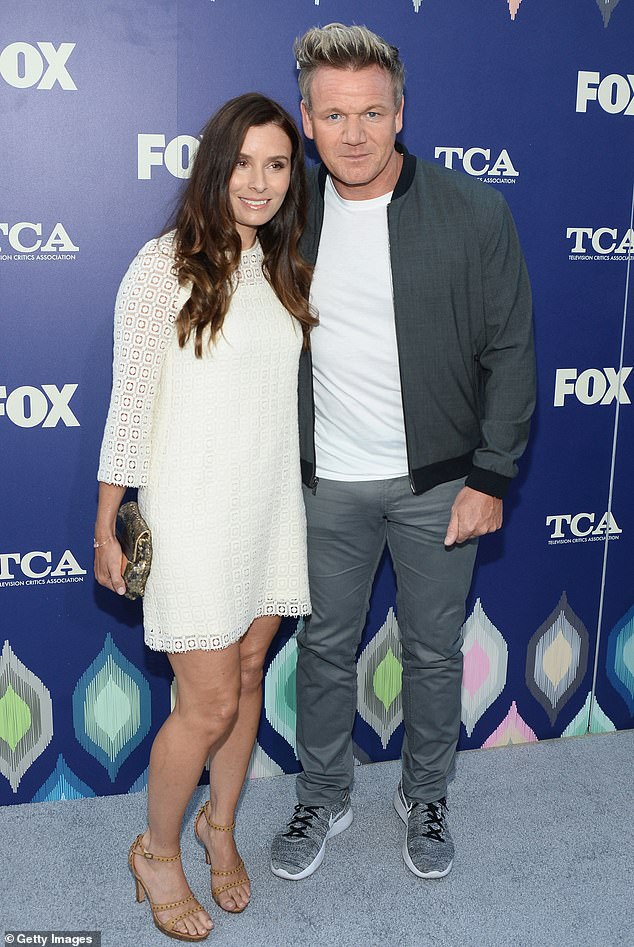 Strength through adversity: Gordon and Tana suffered a miscarriage in June 2016, and the celebrity chef admitted, in spite of the tragedy, the devastating loss brought his family closer together

Gordon reflected in an intimate interview with the Daily Mail’s weekend magazine: ‘It has brought us all so much closer.

‘You realise how lucky you are and you reflect on what you have, how fortunate you are with your remaining children and you remind yourself of what you’ve got. It’s made the family unit even tighter.’

The TV personality jubilantly announced he and wife Tana were expecting their fifth child on The Late Late Show in the US – telling good friend and host James Corden ‘We have three girls and a boy… and one more on the way!’ 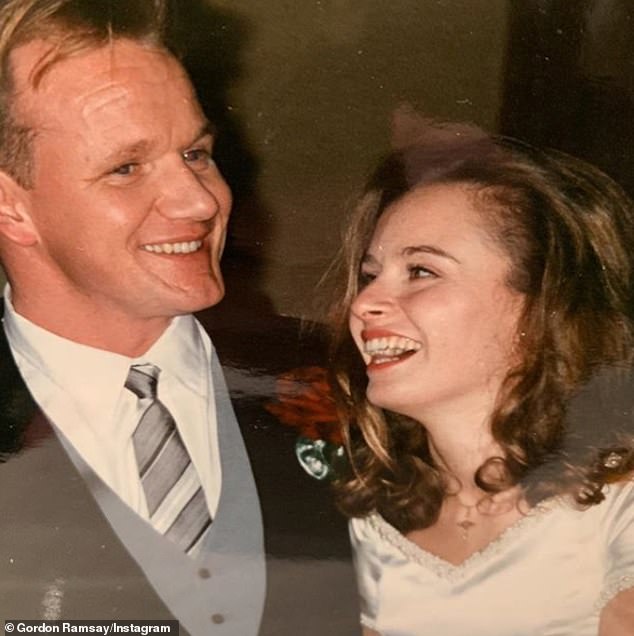 Old times: News of the pregnancy comes just 11 days after the couple celebrated their 22nd wedding anniversary, with Gordon referencing with date by posting a snap from their wedding day in 1996

But five months into the pregnancy, his wife was taken into the Portland Hospital in London, where they were left grief-stricken upon discovering they had lost the child.

Gordon said the family battled through their pain with the help of supportive relatives and friends.

He said: ‘The support we’ve had has been unbelievable. You don’t realise until it happens to you how many people are affected. Sadly it happens every day.

‘Friends have rallied and we’ve got through it together, as a family. We were devastated, but thankfully we’re through the worst now. It could happen at any time to anyone.’ 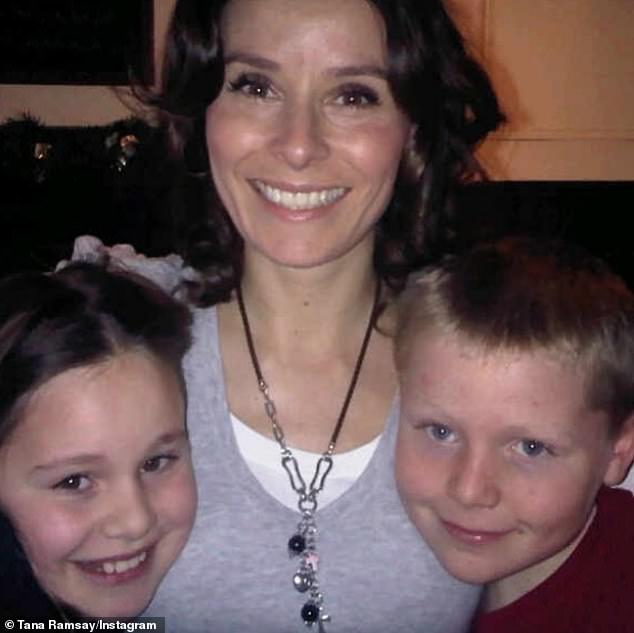 Special day: Tana congratulated Jack and Holly on their 19th birthdays in a throwback photo shared with her followers on New Year’s Day

Enable will head to Churchill Downs for the Breeders' Cup Turf after Prix de l'Arc de Triomphe win
Juncker tears up Theresa May's ideas for Brexit concessions
Fears Russia trying to swallow up Belarus as Putin moves to create greater union with neighbour
SEBASTIAN SHAKESPEARE: George Galloway crowdfunds £60,000 for film about death of Dr David Kelly
Crowds arrive at the Cenotaph to pay their respects to the war dead on Remembrance Sunday
Prince William issues stark warning about the future of the planet
Priti Patel will warn 'selfish rule-breakers' to stop flouting coronavirus lockdown
McDonald's will reopen 15 restaurants for delivery