Vacationers appear to have gone wild in a viral video allegedly shot in the lobby area of the Ritz Carlton in Aruba over the holiday.

The 50-second video opens in what looks to be a bar and lounge area of the hotel on eight men and five women without much goodwill towards each other.

Someone off camera can be heard screaming ‘Worldstar!’ as some of the men to the right of the screen appear to restraining some others when a woman in blue approaches.

Then, one man in a black polo and another in a pink shirt begin pushing and shoving as that woman in the blue tank top makes her way over to a bald man to sucker punch him as he watches them. 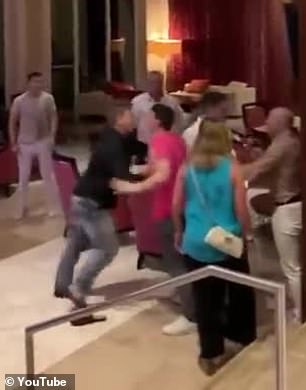 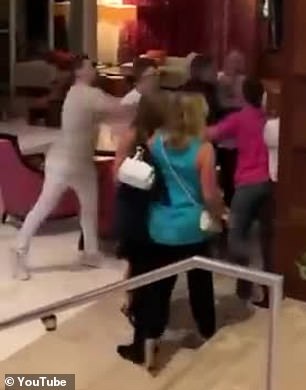 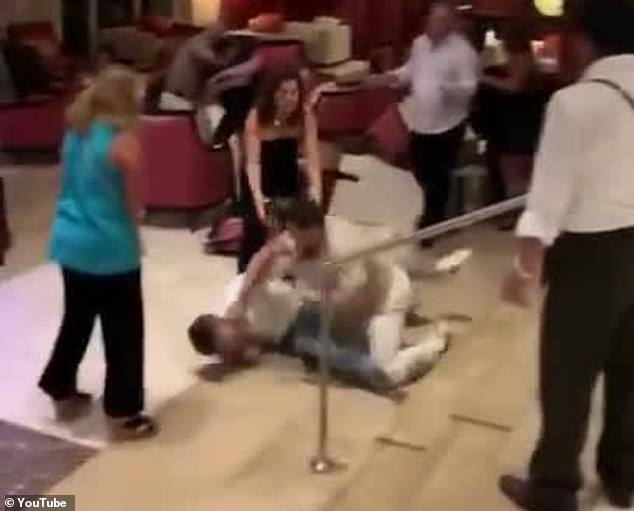 A woman in a black dress strides into frame telling everyone to ‘stop,’ but at that moment another man in a light T-shirt wades into the fray and sucker punches a man in a white button-down shirt from behind.

As the T-shirt man gets separated from the scrum, he bumps into the blue tank top lady, throws her aside and resumes throwing punches at the man in white.

Both men get locked into a wrestling match as another woman in a black blouse and pants is now screaming ‘stop it!’ When the two tumble in front of the woman in blue, she attempts a kick at the backside of the man who had threw her aside.

Behind that scrum a separate fight has been going on between another man in black and the one in pink, joined by a man in a gray T-shirt. The woman in a black dress attempts to pull them apart. 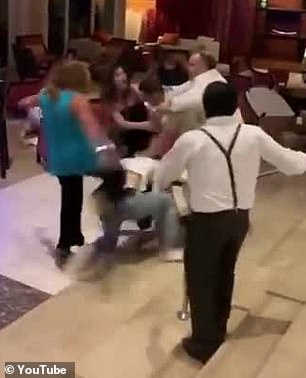 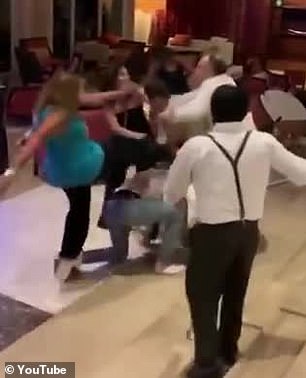 ‘What is going on?’ the woman in the black pants plaintively cries out with her hands palms up at one point.

As the brawling only intensifies, the aspect switches to a wide shot, and the same woman is now also yelling at someone to ‘leave him alone! Both of you, stop it!’

The video cuts out before any end to the fighting could be seen. 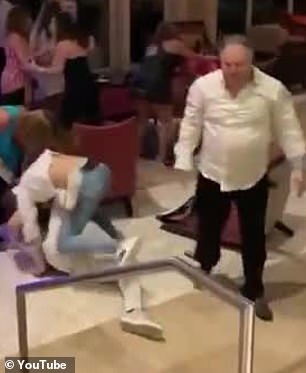 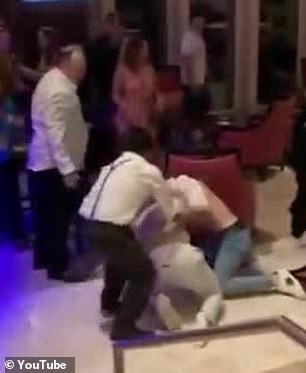 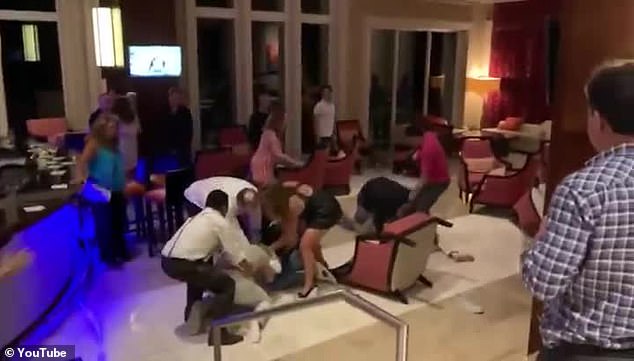