Lottery players could be starting off the New Year with a $415million windfall if they match all numbers in Tuesday’s forthcoming Mega Millions.

The game’s jackpot has increased to almost $100million more than the original offering after two draws saw no grand prize winners this past week.

This past Tuesday saw one the biggest jackpots ever offered on Day, with $321million up for grabs. 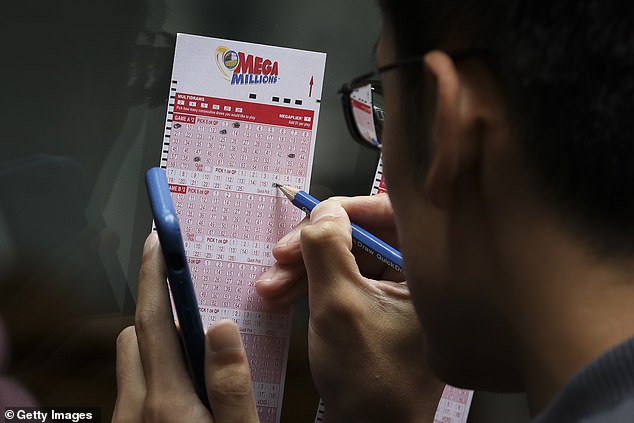 The Mega Millions jackpot had grown to $415million and for New Year’s Day draw. Tuesday’s new numbers will be announced at 11pm 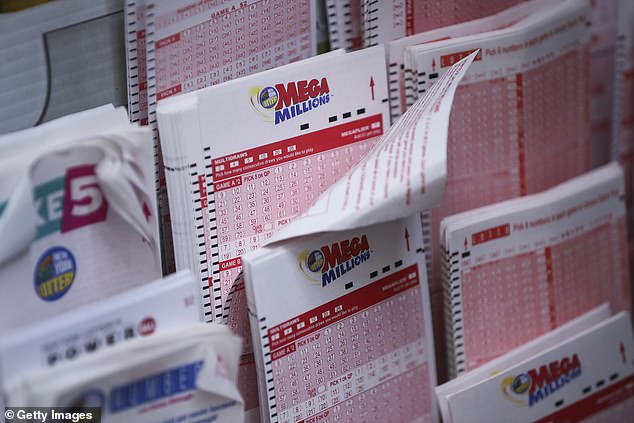 The prize started at $321million for Christmas Day but nobody won. The amount grew to $348million in Friday’s draw but nobody matched numbers

However the prize for numbers 2, 8, 42, 43, 50 and Mega ball 6 went unclaimed on the fifth Mega Millions drawing to be held on a Christmas Day.

The multistate lottery was boosted to $348million for the next drawing on Friday but again it failed to produce a jackpot winner for the numbers 9, 10, 25, 37, 38, and the gold Mega Ball 21.

Mega Millions tickets are sold in convenience stories, news stands, grocery stores and other retail outlets in 44 US states, the District of Columbia and the Virgin Islands.

The value of the jackpot is calculated on the basis of a 29-year payout.

But winners can opt for a lump sum payment instead, which would have been $210.2 million for Friday’s drawing, and amounts to $248.8million for January 1, Mega Millions said. 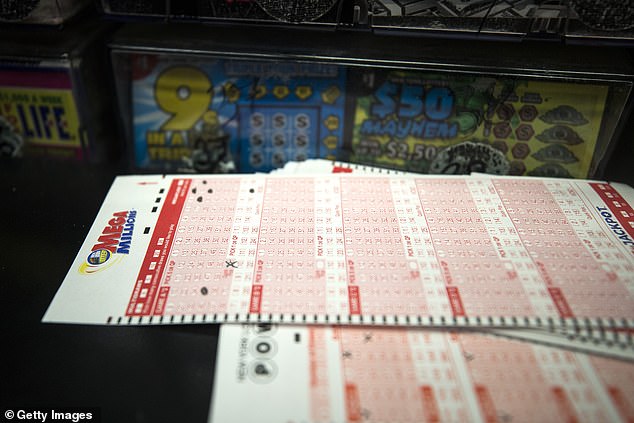 The winner has yet to come forward for the $1.537billion single ticket October 23 jackpot prize in South Carolina, Mega Millions said

While the odds of hitting the Mega Millions jackpot are one in 302.6 million, the chances of turning a $2 ticket into a winner of any kind, including a $2 prize simply for matching the Mega Ball, are one in 24.

The biggest-ever Mega Millions prize of $1.537billion went to the holder of a single ticket in a drawing on October 23.

The ticket was sold in South Carolina but the winner has yet to come forward, Mega Millions said.

That winning ticket fell just short of the US record, a $1.586billion Powerball grand prize in 2016.