Police have launched a large air and sea search after a grandmother went missing following a row with her husband.

Businesswoman Julie Williams, 59, left her home in Aberaeron, west Wales last night, after an alleged argument with her husband John.

She has not been seen since around 6.45pm yesterday.

Emergency services were called in to look for her at around 8pm last night with specialist search and rescue teams on foot combing nearby beaches and coastal paths throughout the night. 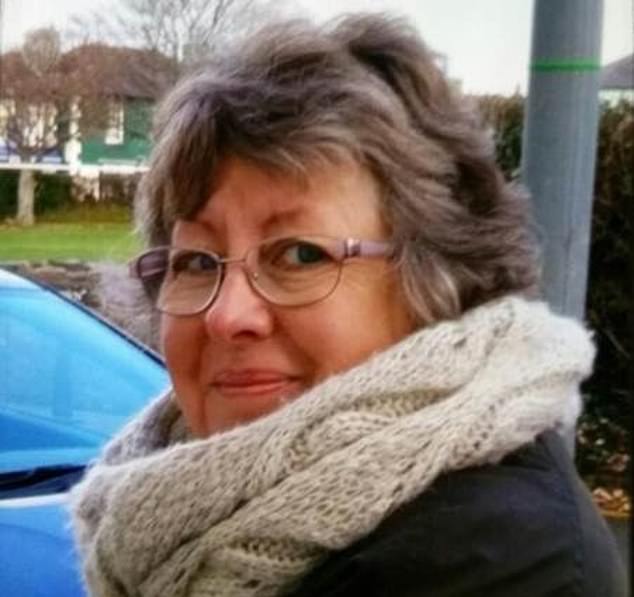 Businesswoman Julie Williams, 59, left her home in Aberaeron, west Wales last night at around 6.45pm and has not been seen since

A source close to the search confirmed drones are also being used to search for Mrs Williams.

It is believed that Dyfed Powys Police has also called in help from Brecon Mountain Rescue.

Dozens of concerned residents in the small coastal town have joined in the search today, helping to look for Mrs Williams in the surrounding countryside.

One volunteer, who did not want to be named, said: ‘We’ve been told that she left their home after having a row and no one has seen her since.

‘She and her husband own the big caravan park just outside the town, Aeron Coast Caravan Park. It’s very popular and they are well known in the town.

‘This is really unusual for Aberaeron – this sort of thing just doesn’t happen.

‘The problem is it’s like looking for a needle in a haystack because of the coastal area.’

Mrs Williams is described as being around 5 foot 3 tall, of medium build, with glasses and short, dark brown hair.

She is thought to be wearing a navy cardigan, jeans and boots that are several sizes too big for her.

She is likely to be travelling on foot.

Anyone who has seen Mrs Williams, or knows where she is, is urged to report information by calling 101 and quoting reference number DP-20181228-251.