Jason Statham and fiancee Rosie Huntington-Whiteley are enjoying a scuba diving adventure to finish a good year on a great note.

The 31-year-old model/actress took to on Thursday to share a shot of the outing at sea, as the couple sat on a boat packed with scuba diving gear in the back.

Whiteley, who’s been seen in films such as Transformers: Dark of the Moon and Mad Max: Fury Road, donned a yellow bikini top with sunglasses, gold hoop earrings and a necklace as she shot the video. 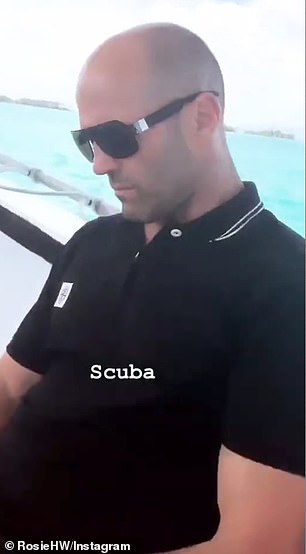 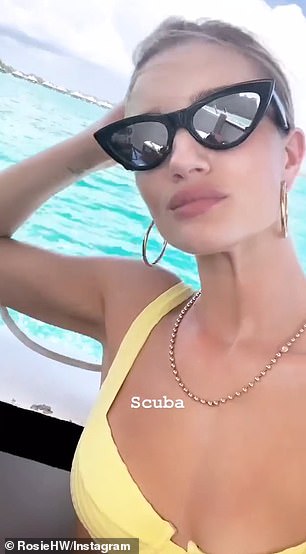 She panned on Statham, who’s appeared in films such as Snatch and Lock, Stock and Two Smoking Barrels, as he wore a black polo shirt and dark sunglasses.

The 51-year-old actor looked to be focused on his phone on the fast-moving boat.

The celebrity couple first came together in 2010 and announced their engagement in January 2016, welcoming their son Jack Oscar in June 2017.

Rosie in October told of their 18-month-old son: ‘He is running around, he is saying a lot of words and talking baby gibberish, but I understand what he is saying, pretty much … it’s a lot of fun.’ 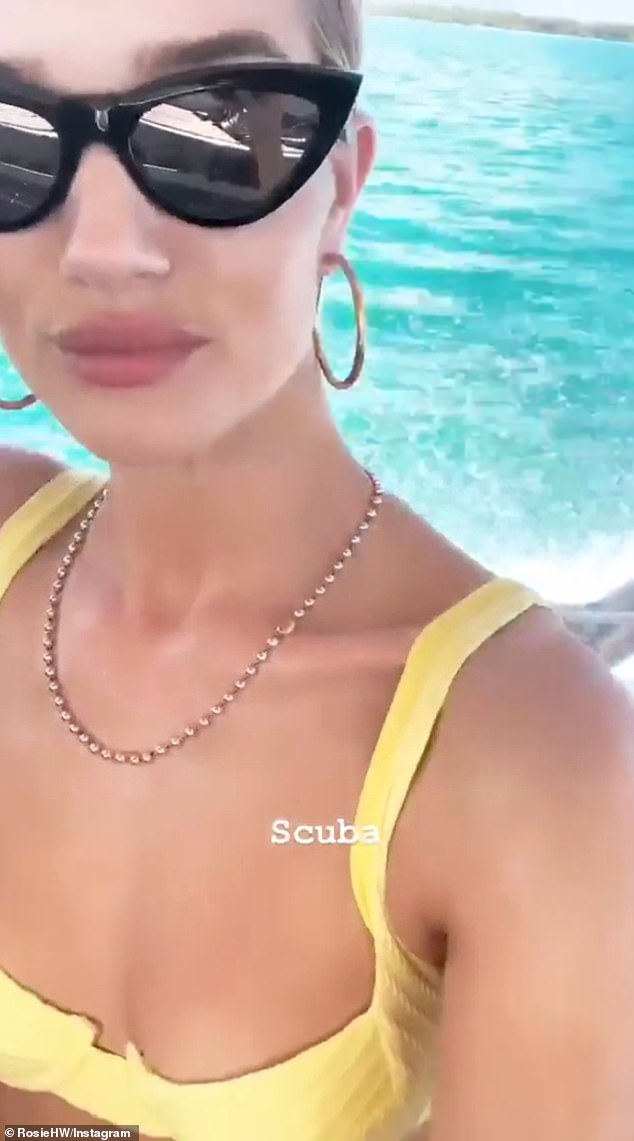 Focused: The gorgeous England native was one of the top four-earning models of the year, tying Chrissy Teigen in taking in $11.5 million 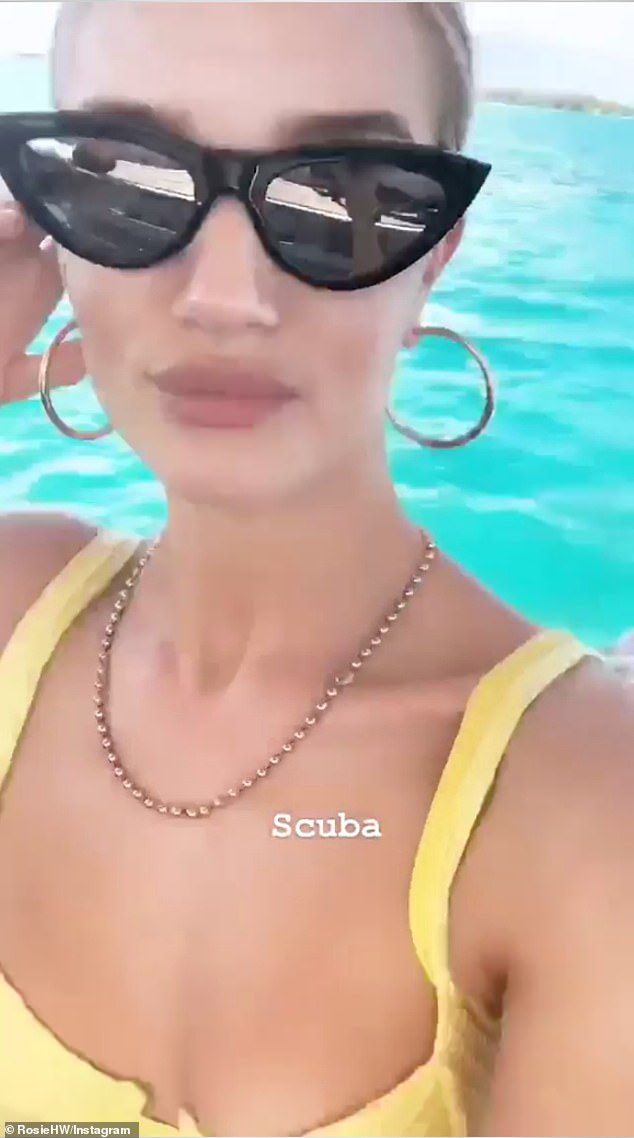 Stunning: The statuesque beauty was well-accessorized, with the blue ocean beaming in the background

It’s been a banner year for the duo, who have both continued to soar in their careers: Rosie tied Chrissy Teigen for third place on list of the highest-paid models of the year, finishing behind only Kendall Jenner ($22.5 million) and Karlie Kloss ($13 million).

Staham continued his work in front of the camera, headlining the shark-focused thriller The Meg, co-starring Bingbing Li, Cliff Curtis and Ruby Rose. The motion picture, which hit theaters this past August, took in more than $530 million worldwide off a budget of $130 million.

Statham is also slated to reprise his role of Deckard Shaw in the Fast and of the Furious series for a spin-off film titled Hobbs and Shaw, centered on his character and Luke Hobbs, played by Dwayne Johnson.

Idris Elba is slated to appear in the motion picture, with David Leitch directing. 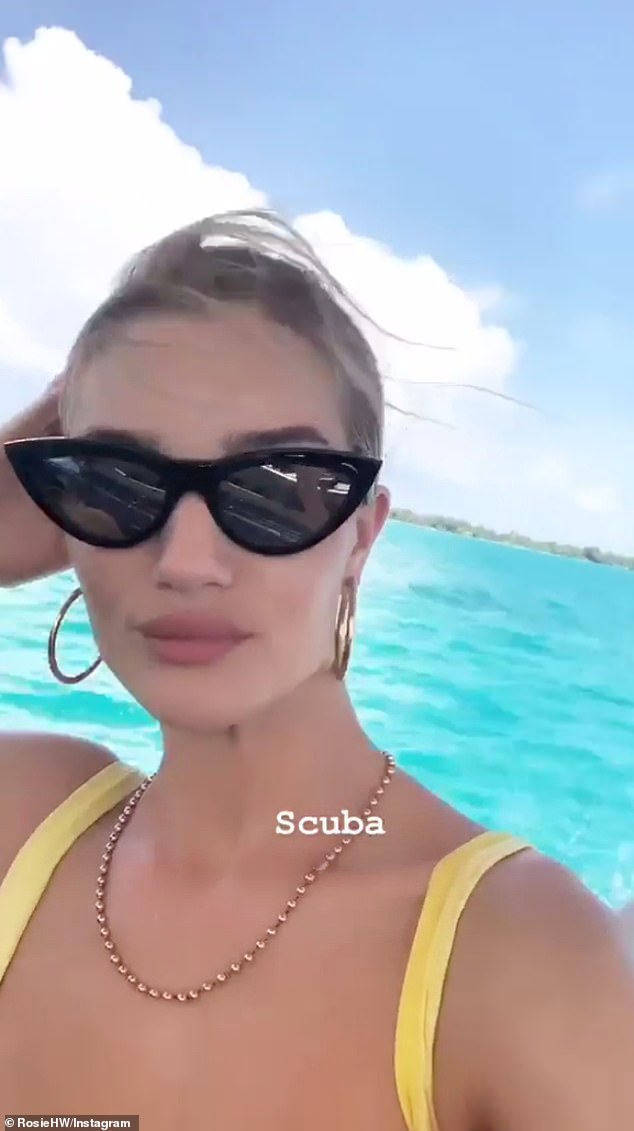 Mom: Rosie and Jason welcomed their son Jack Oscar in June of 2017 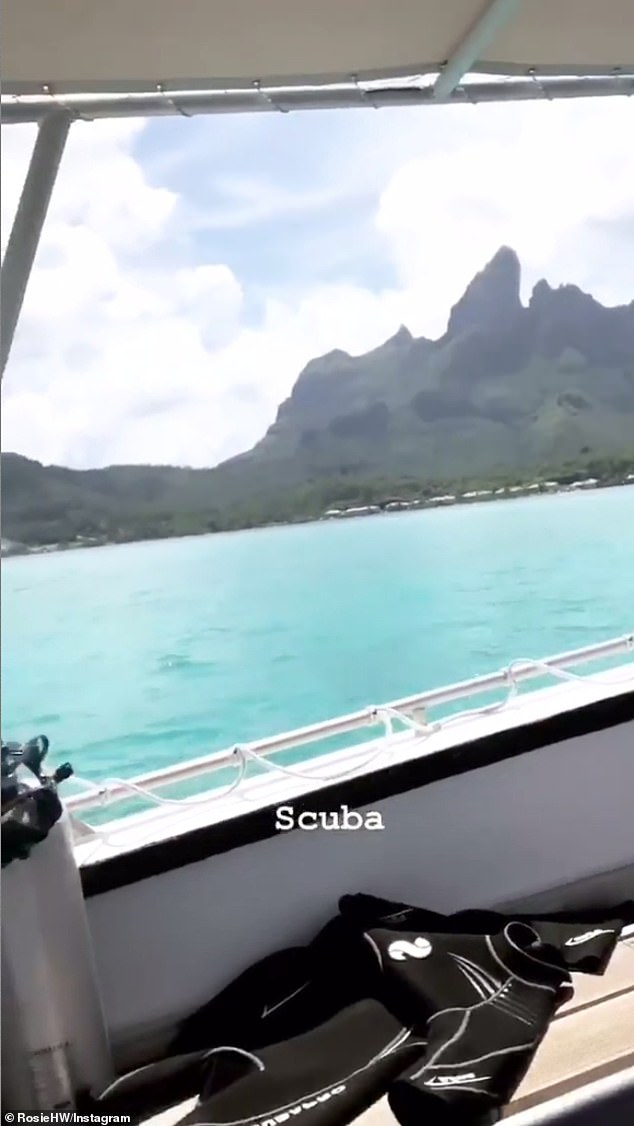 Ready to go: The couple had oxygen tanks and wet-suits nearby for the outing 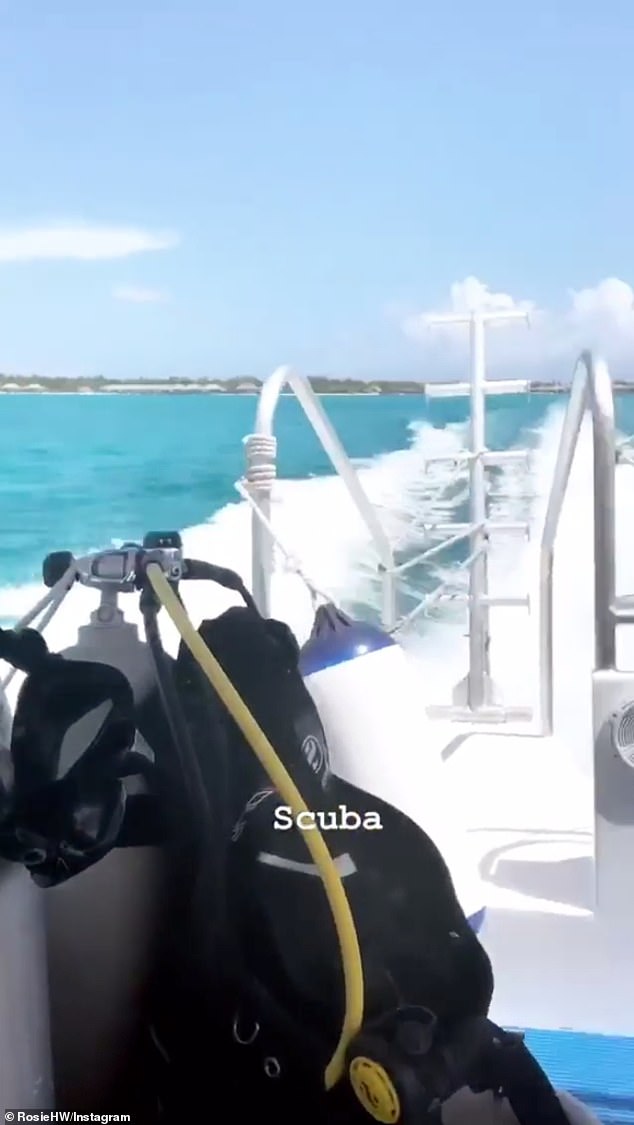 Luxe life: The water glistened in the background as the boat made its way to its destination