The moment a young boy was adopted as a surprise for has been captured in a tear-jerking video.

Leah Kiphart, from Lancaster, Ohio, saw her family of seven expand into a family of eight, as she presented her nephew, Carter Wyles, with adoption papers on Christmas Day.

Carter, 11, was spending the day with his aunt and cousins, and had already received a number of gifts, including toys, clothes and headphones.

Opening a final box, which contained a picture of Leah’s family, a note asked Carter if he wanted to join them permanently as a ‘son and brother’. 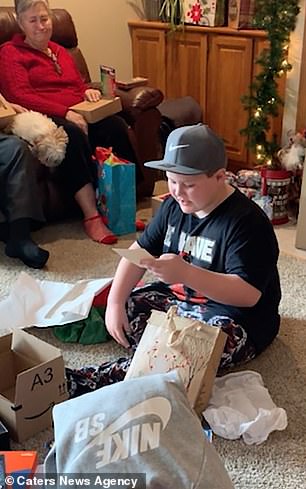 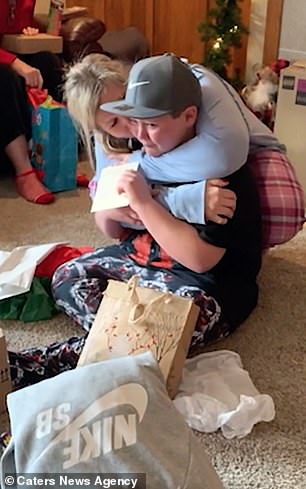 The hand-written note said: ‘Carter, This is our most recent picture of our family. All of us would love for you to be in the next picture and to be part of our family.

‘Carter, would you like to be a Kiphart and be our son and brother? We love you.’

Instantly overcome with emotion, Carter’s voice breaks as he finishes reading the note.

Leah can be seen comforting her new son with hugs and kisses while Carter breaks down in tears as he agrees to be adopted. 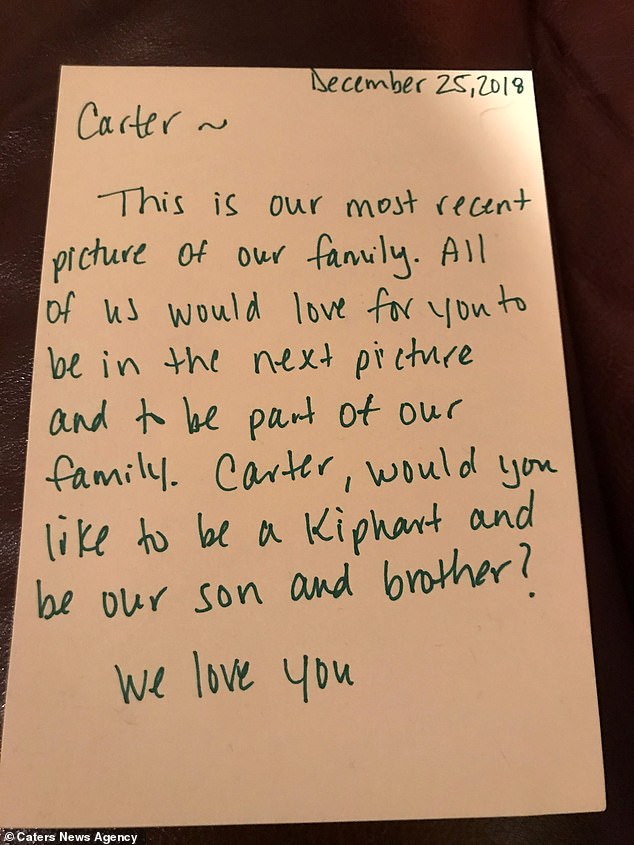 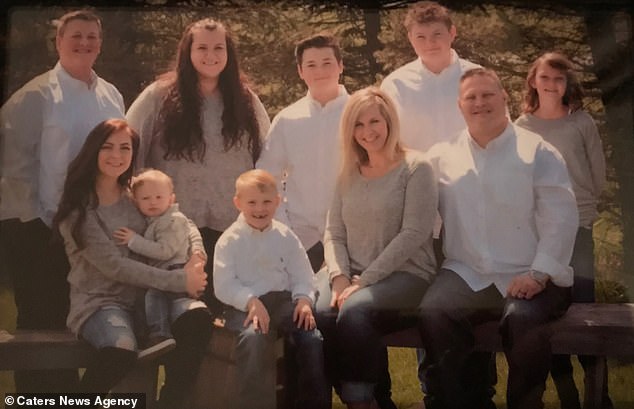 It was accompanied by a photograph of the Kipharts now, and asked Carter to be in their next family photo

Leah’s husband and Carter’s father-to-be can be heard saying: ‘Now you can stay here forever!’ before joking ‘Well, until you’re 18 and then I’m kicking your butt out.’

Leah said: ‘Carter came to us because he’d been having a less than desired home life with his biological family.

‘This was not planned.

‘We discussed with our other children Sunday night and shared with him Monday morning. 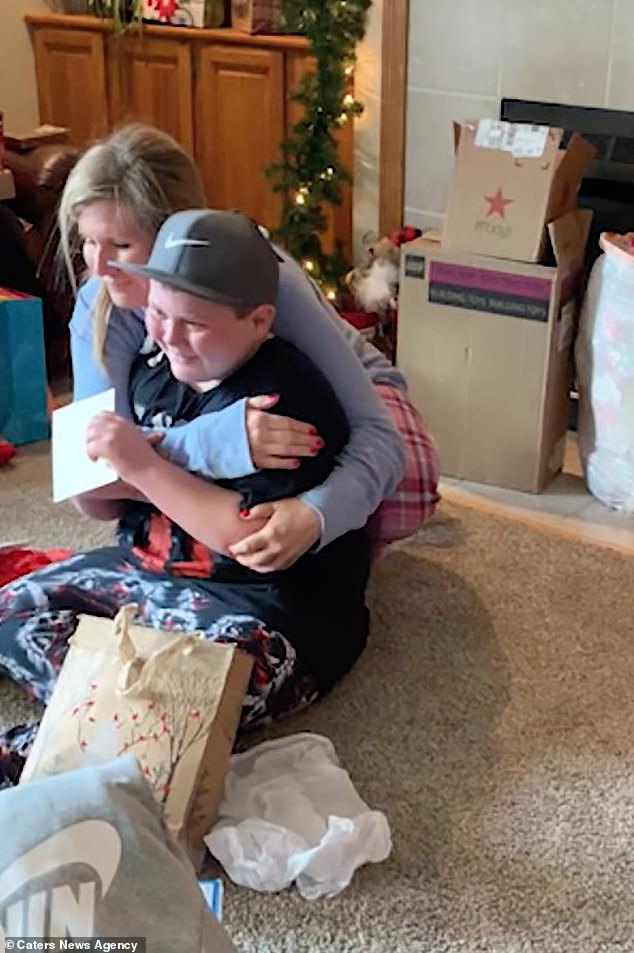 The moment was filmed so Carter would always have a special memory of the day.

Leah added: ‘Carter isn’t just the lucky one in all of this.

‘We are blessed to have him as part of our family.

‘We all have a lot of adjusting to do and will continue to keep Carter in prayer as he heals and transitions into our family.’

Hong Kong airport cancels all flights due to demonstration
Heatwave will return to the UK in time for August Bank Holiday weekend
Mother-of-five, 38, is forced to spend three hours a day on nightmare school run
From Austen to Zadie, the English language's 100 best books
Regions where voters have neurotic personalities in the US voted for Donald Trump
Boris Johnson vows to fight against the 'noxious hatred' of anti-Semitism
From Donald Trump's son to Billy Dib: How world reacted to Quaden Bayles' heartbreaking video
Gogglebox's Sandra Martin reveals fifth person close to her has died