Three people were injured over on Wednesday as Storm Eboni caused treacherous flying conditions across the US.

The Dallas-bound American Airlines flight managed to land safely at Austin-Bergstrom International Airport on Wednesday night, despite initial reports suggesting it had been damaged by ferocious winds.

A passenger and a flight attendant were hospitalized with complaints of knee pain and neck pain, and one other person was treated at the scene – a spokesperson for the airline revealed. 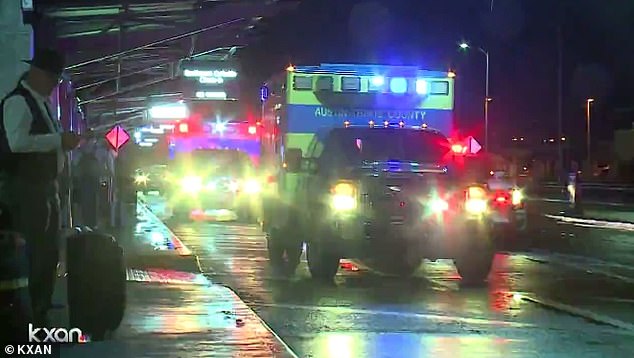 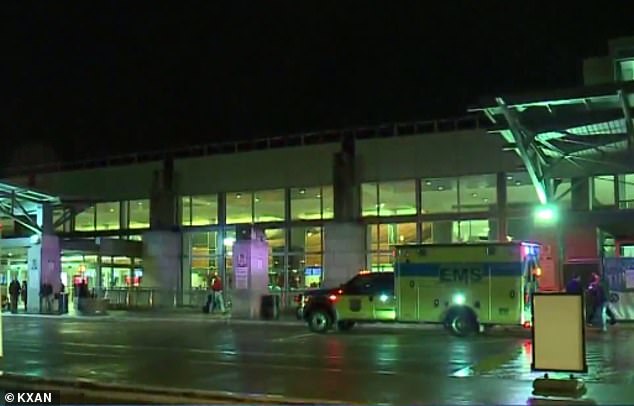 The 75 passengers on board the flight, which was returning to the US from Mexico, are currently staying in a hotel in Austin and will be transferred back to Dallas on Thursday.

Thousands of flights were grounded in Midwestern airports over Christmas due to heavy snowfall, with forecasters warning the worst is yet to come as the storm sweeps across the country.

Airlines are waiving ticket change fees for passengers due to fly to, from or through several airports in Minnesota, North Dakota and South Dakota.

Horrifying footage posted on Twitter by a passenger on another Texas-bound flight, Jen Vaughn, showed huge lightning storms turning the sky purple as she flew just hours after the American Airlines plane was forced to land in Austin.

Heavy snow and rainstorms from Storm Eboni are also predicted to create dangerous road conditions for millions of travelers heading out after Christmas. 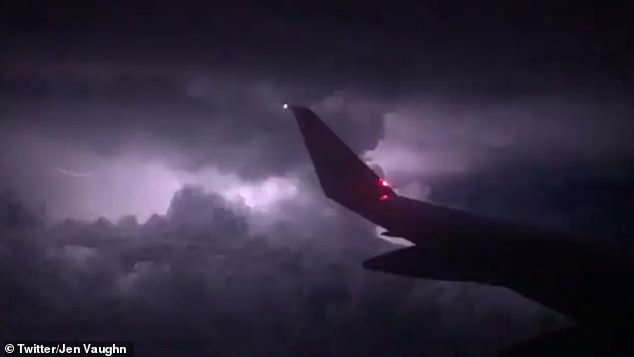 Footage posted on Twitter by another passenger, Jen Vaughn, showed scale of the huge lightning storms from the window of another Texas-bound flight 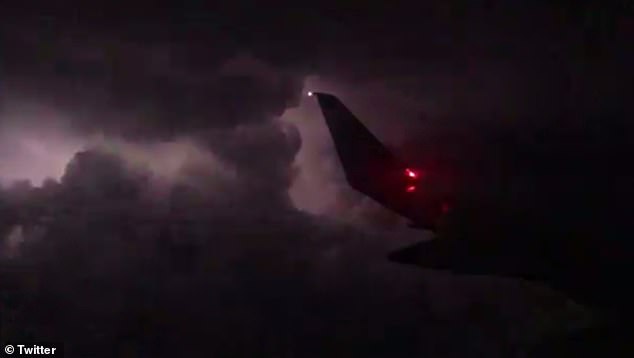 estimates that up to four million people could be stranded because of the post-Christmas blizzard conditions.

Starting in Texas, the severe weather is expected to pass through Louisiana, Arkansas, Mississippi, and Tennessee in the early hours of Thursday morning, according to CNN.

It’s expected to last until Friday with western Nebraska and eastern Colorado also receiving 8-12 inches of the white stuff and the direction pivoting into northern New England as millions head back to work.

Large hail, strong gusts and isolated tornados could tear through that part of the country in the afternoon and evening.

The number of people traveling is up 4.4 percent for 2018 – a record increase according to the American Automobile Association.

A whopping 102.1 million people will be driving in a car from that number, approximately 6.7 million were believed to be traveling via an aircraft and the remainder on buses or boats. 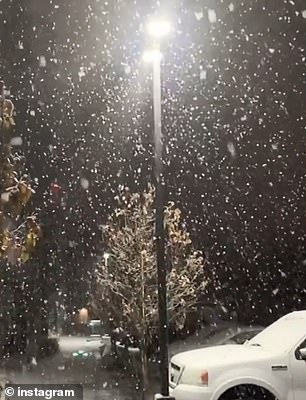 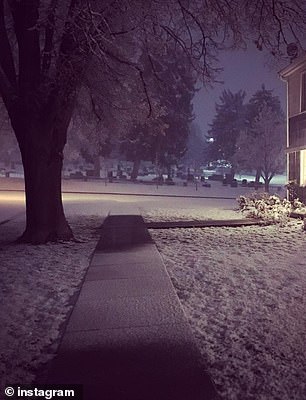 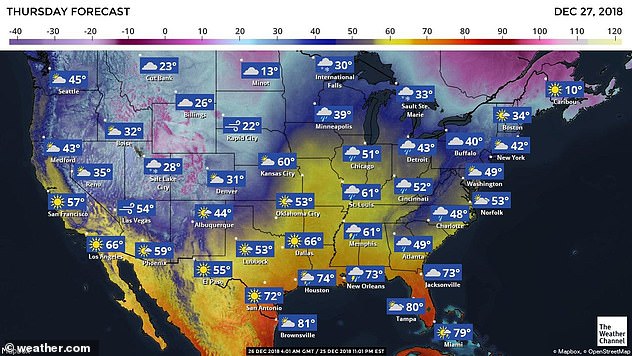 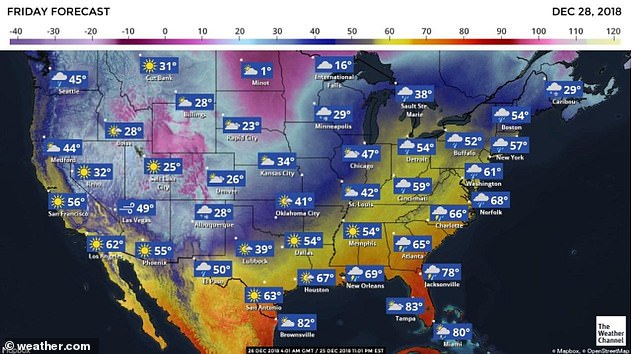 Large hail, strong gusts and isolated tornados could tear through the South 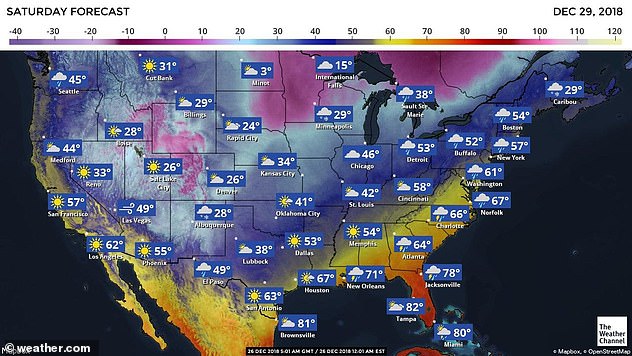 The number of people traveling is up 4.4 percent for 2018 – a record increase according to the American Automobile Association