Samantha Cameron has paid a moving tribute to the NHS volunteers who helped with her severely ill son Ivan as she backs the Daily Mail’s Hospital Helpforce campaign.

The wife of former prime minister David Cameron said the NHS became like her ‘second family’ when Ivan spent much of his short life in hospitals before he died aged six in 2009.

The fashion designer said she has been left ‘inspired and uplifted’ by the 27,027 readers who have pledged to work more than 1.5million hours for the NHS. 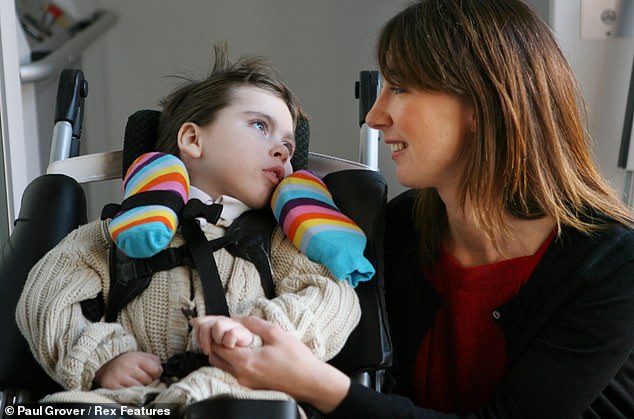 Samanthan Cameron, pictured with her son Ivan, who was diagnosed shortly after his birth with a rare condition called Ohtahara Syndrome which has no treatment or cure

On 8 April 2002, my husband David and I became the proud parents of a beautiful baby boy, named Ivan. We couldn’t have been happier.

But in the weeks following his birth, our bliss was halted when Ivan started having seizures. It was heartbreaking to see our child suffer without knowing what was wrong or how we could help.

Life became a whirlwind of hospital visits and tests, and eventually Ivan was diagnosed with a rare condition named Ohtahara Syndrome. 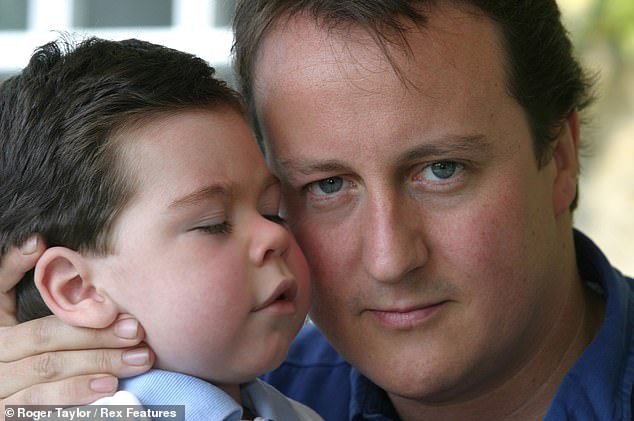 Herself and her husband, former Prime Minister David Cameron, pictured with their son, spent much of his life in hospital 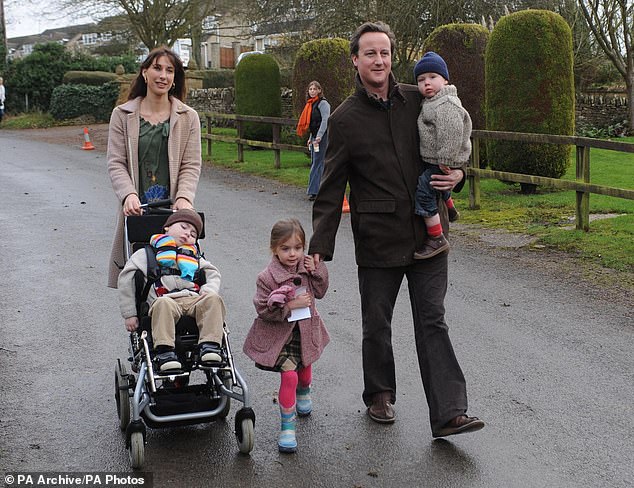 Ms Cameron, pictured with her husband and three children, said hospital became like a second home and she and her husband are eternally grateful to the NHS staff and volunteers they encountered during Ivan’s tragically short life

Symptoms include severe epilepsy, delayed development and quadriplegia. With no known treatment or cure, we were living every parent’s worst nightmare. Over the next few years a significant amount of Ivan’s short life was spent in hospital either on the ward or in appointments.

It’s awe-inspiring and uplifting to see so many people pledge to volunteer through the Mail’s Helpforce Campaign and help families across Britain in 2019. They should not underestimate the impact their time and kindness will have, the huge difference they will make to people’s lives at the most difficult times. There is no greater gift
Samantha Cameron’s words of praise for the NHS Heroes

Hospital becomes like your second home and the NHS and the doctors and nurses that you inevitably come to know very well are like a second family.

David and I will be forever grateful for the amazing care and genuine love Ivan received from the NHS during that time, not just from the medical teams but the many volunteers that we came in to contact with.

It’s difficult to forget our first visit to Great Ormond Street Hospital, where we were seeing some of the world’s foremost epilepsy specialists. We were emotional and exhausted, but fortunately as we arrived there were volunteers waiting to meet us.

They showed us around the amazing facilities and reassured us. It is amazing how even seemingly small gestures of support, care and thoughtfulness can make such a difference.

Over the years we spent in and out of hospitals, we encountered many more NHS volunteers. There were the people at the John Radcliffe cafe who pressed hot coffees into our hands after we’d been up all night and others who came onto the wards to play with our younger children, Nancy and Elwen, giving us time alone with Ivan. There were even those who brought presents to the other young patients – a bit of festive love for those spending Christmas on a ward, as so many have been doing this week. 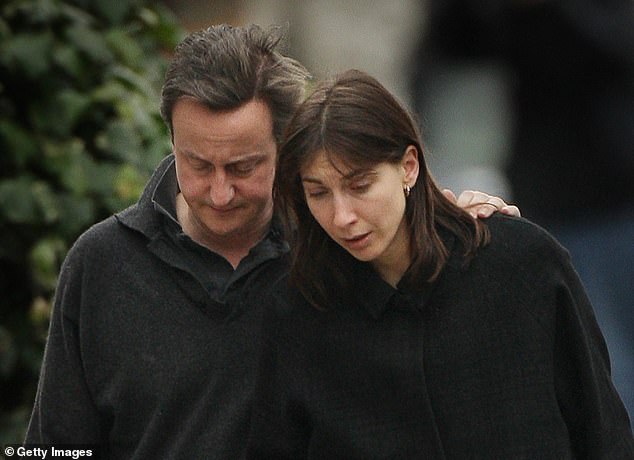 Mrs Cameron, pictured with her husband said it is almost 10 years since they lost their beloved son and they still miss him dreadfully every day

We lost Ivan nearly ten years ago and we miss him dreadfully every day. We will never forget all those who cared for him.

It’s awe-inspiring and uplifting to see so many people pledge to volunteer through the Mail’s Helpforce Campaign and help families across Britain in 2019.

They should not underestimate the impact their time and kindness will have, the huge difference they will make to people’s lives at the most difficult times. There is no greater gift.

Stories of selfless dedication and sacrifice

The retired nurse with a passion for recycling 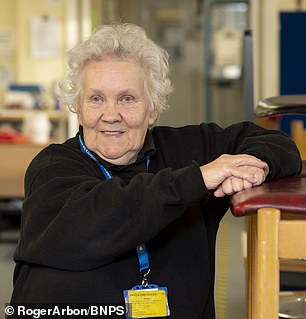 ‘I could never have imagined I’d be back here, 50 years later recycling. When I heard the hospital had opened up a recycling department I immediately signed up. I’m passionate about recycling.

‘My first job was cleaning and fixing the crutches and walking aids, such as Zimmer frames.

‘I also learned how to upholster chairs. One of the other volunteers, Bob, had worked as a fitter in luxury cruise liners and he spent an hour showing me how to re-cover worn or torn material. In November alone, our team of 17 volunteers re-covered 42 items – replacing any cloth with vinyl to make it easier to clean and for infection control.

‘When I’m not re-upholstering or repairing, I keep the recycled bookshelves tidy and stocked. They sit outside our office so anyone can leave a donation and take a book.

‘I also collect bottle tops to take to a recycling centre, and I help sort through the used moon boots – the fibreglass casts used for breaks and injuries.

‘Because these have Velcro which can’t be sterilised, they can’t be used again within the NHS, but we send them to patients in Africa or Syria to fix broken bones that otherwise might not have the chance to heal. We do the same with medical latex gloves.

‘Volunteering has made my retirement so happy, I’m laughing all the time. I was single when I volunteered, but I met another volunteer here. I call him my very own recycled man.’

Using art to cheer up patients on the ward 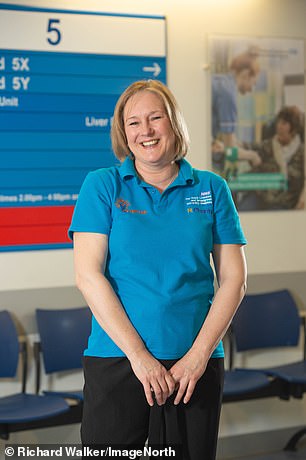 ‘Patients in hospital don’t always feel much like talking, but it’s amazing how picking up some coloured pencils can help them express their feelings and get them engaged again. I’ve been volunteering in the gastroenterology ward since July for three hours every Thursday morning – I was so impressed with the care a relative received during a short stay here, I wanted to help in some way.

‘I also wanted to do something for patients to help take the boredom out of being in hospital.

‘I started off chatting to patients at their bedside, fetching them newspapers and drinks – but after a month I decided to start bringing in art and craft materials, so they can colour, draw and make origami models. I was surprised and pleased when the staff said I could use my art skills on the ward, it made me feel useful.’