The distraught mother of the Guatemalan boy who died while under custody of United States officials wants her son’s remains to be expatriated as soon as possible.

Catarina Alonzo, a mother-of-six, agreed to allow Felipe Gomez Alonzo,8, to join his dad Agustin Gomez, 47, on the life-changing journey through with the hopes of being granted asylum at an United States southern border entry station.

All she wants now is to see her son return to the indigenous Mayan family’s humble house.

‘I want my son to be brought home soon,’ Catarina Alonzo told  on Wednesday. ‘I need to see him soon and I’m very sad because he died.’

‘I need help to bring my son so that I can be at peace and so that this sadness in my heart can pass,’ she added. 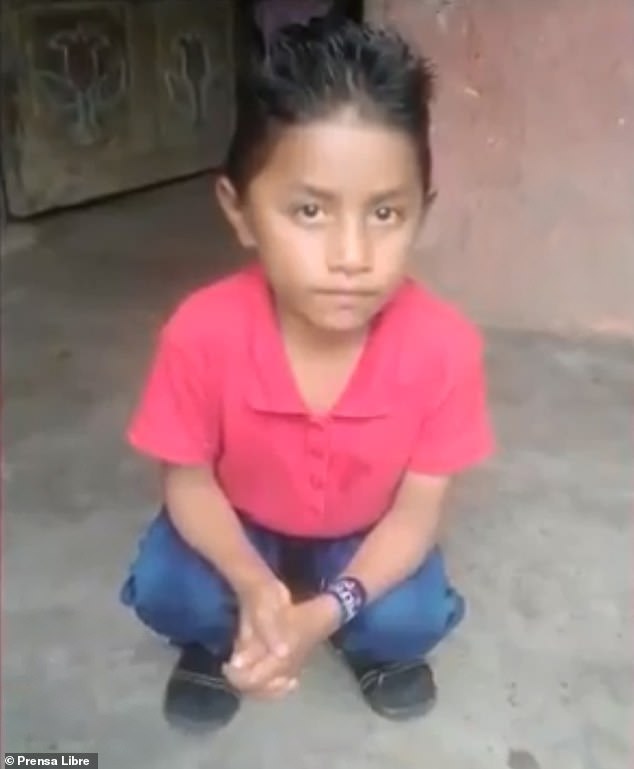 Felipe Gomez Alonzo is the second migrant child to die under custody of immigration officials this month. He and his father illegally crossed into El Paso, Texas, on December 18 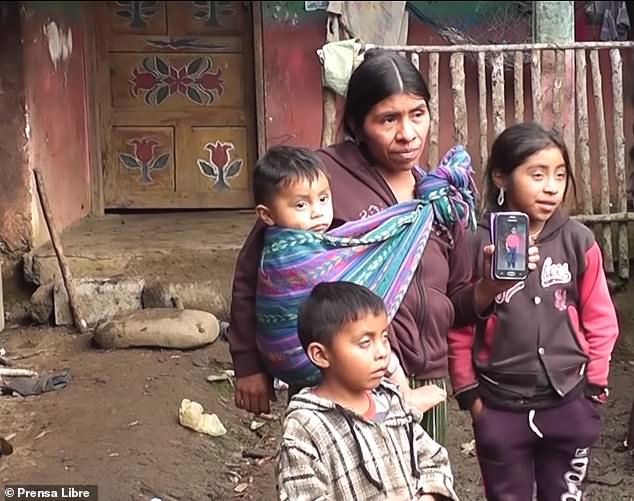 Catarina Alonzo hopes to have her son, Felipe Gomez Alonzo, flown back home to Guatemala soon.

Felipe Alonzo is the second migrant child to die under custody of U.S. border authorities this month.

Jakelin Caal Maquin, 7, was laid to rest in her home village of San Antonio Secortez, Guatemala on Tuesday.

Caal Maquin crossed the U.S, border with her dad on December 6 and were detained by officials in New Mexico.  She came down with a fever while in the hands of U.S. Customs and Border Protection authorities, and died in an El Paso hospital on December 8.

According to Guatemalan news outlet Prensa Libre, the somber mom figured the mere presence of Felipe would have facilitated her husband’s chances of being allowed to cross into the United States, recalling previous stories of children accompanied by their parents who received favorable treatment from immigration officials.

The shot at the American Dream turned tragic when Felipe passed away at Gerald Champion Regional Medical Center in Alamogordo, New Mexico, on Christmas Eve after falling ill, just six days after he and his dad bet on their luck and crossed into the United States without legal documentation.

They were detained 3.29 miles from the port of entry in El Paso, Texas, on December 18. 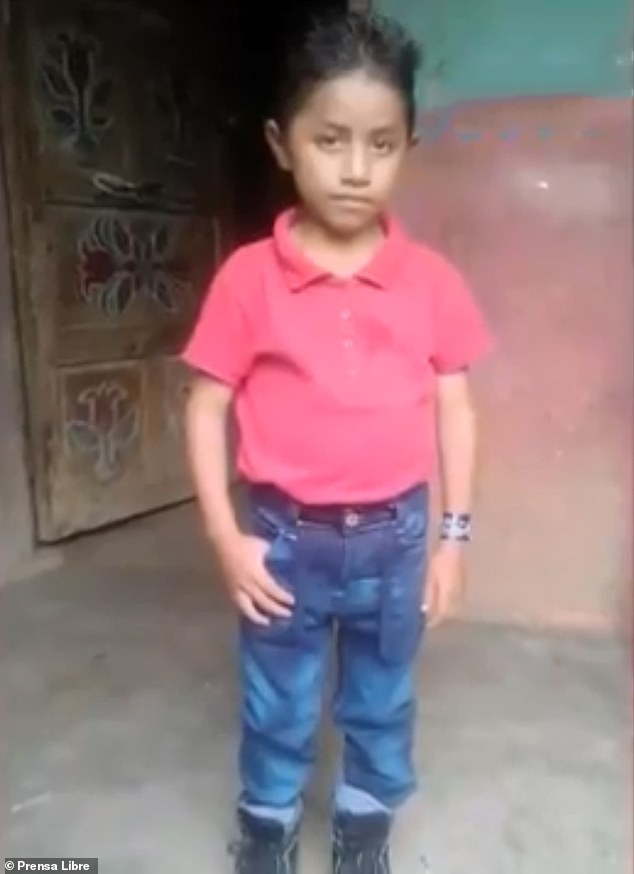 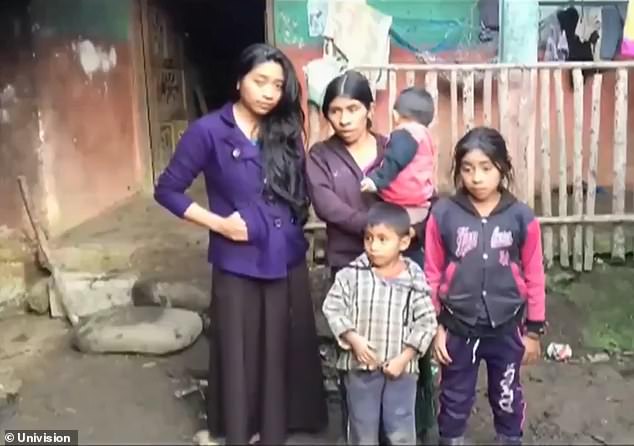 Catarina Alonzo, with four of her six children, said she allowed Felipe to join her husband on the journey  because she heard parents that presented themselves at the border with children normally had a higher possibility of remaining in the United States while the legal process carried out

On Monday morning, Felipe was transported to a local hospital after showing possible signs of influenza. He was given Tylenol and  developed a 103 degree fever.

The boy was released at 2:50pm and was removed from the detention facility at 10pm to be taken back to the hospital after he appeared weak and nauseous.  He got to the medical center at 11pm and was declared dead 48 minutes later.

‘They said they are doing everything possible to send him back but we want them to hurry up,’ Felipe’s sister told Prensa Libre. 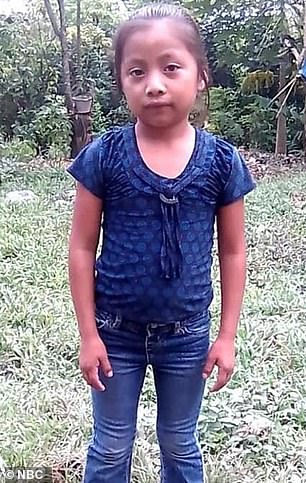 Jakelin Caal Maquin is one of two migrant children that have died under custody of U.S. border officials this month

Mired in a 50,000 quetzals ($6,500) debt and poor living conditions which limits the family’s daily nutritional intake, Catarina’s pleaded to immigration officials to allow her husband to remain in the United States.

‘Let my husband enter the United States so he can work and we can get out of debt. We do not anything have to eat,’ she said.

‘We can go any longer eating tortillas with salt, beans and herbs. I need someone to to help us us because we can no longer bear the poverty.’

Oscar Padilla, the Guatemalan consul in Phoenix, said he was told by the boy’s father in a telephone interview that the two had been traveling from their home in Nentón, a village about 280 miles from Guatemala City. They were planning to go to Johnson City, Tennessee.

Felipe’s father is currently being detained at the Alamogordo Station pending transfer to the ICE Enforcement and Removal Operations. 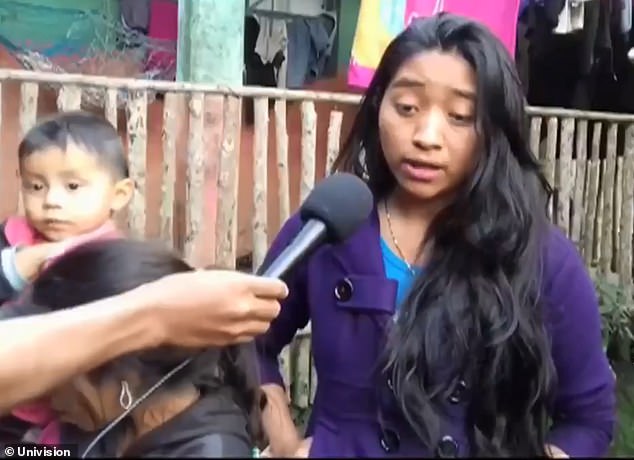 The sister (right) of the Felipe Gomez Alonzo, who died under custody of CBP, says the family has been told a speedy effort is being made to send her brother’s body home 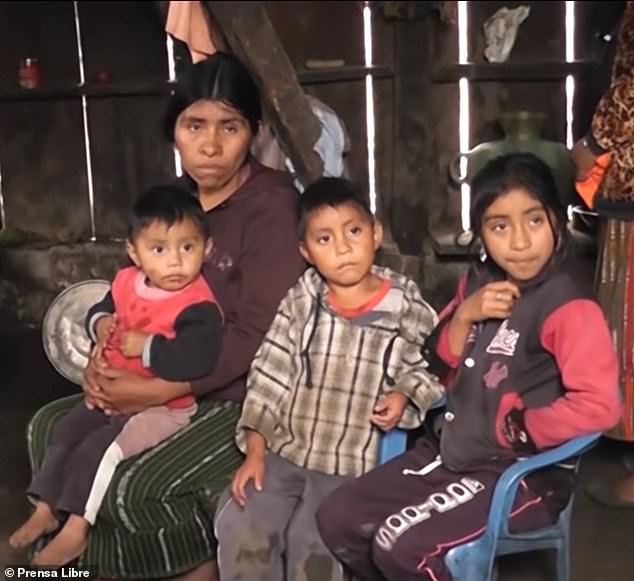 The grieving Guatemala mother (pictured holding toddler) is asking U.S. immigration officials to allow her husband to stay in the country so that he can find work to support the family

On Tuesday, the U.S. Customs and Border Protection said in a statement that it would be focusing its medical examinations on children under the age of 10.

The agency ‘is considering options for surge medical assistance’ from the Coast Guard and may request help from the U.S. Department of Health and Human Services, the Department of Defense, and the Federal Emergency Management Agency.