A leopard injured four people after charging into a crowd of people in India today.

The wild animal launched itself into the crowded area, causing panic as people tried desperately to flee.

Chilling footage emerged of the beast charging at lightning speed into the large crowd and injuring four people.

The animal was seen emerging from the undergrowth before the big cat raced towards the group and sank its teeth into an onlooker.

The shocking video begins with the leopard standing in a field before it launched itself towards the crowd. 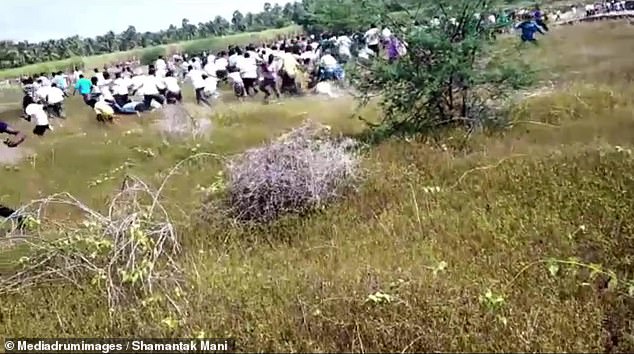 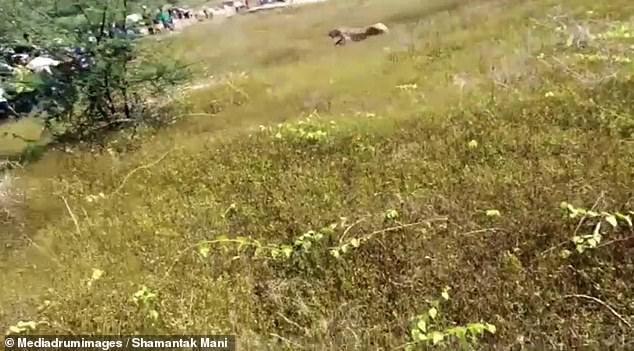 People fled but the leopard pounced on someone before panic set in for the cameraman as the video then showed the ground as he ran away.

Villagers spotted the leopard and called the forest department. As forest officials arrived to try to catch the animal, a large group of onlookers assembled.

Before the officials could tranquillise the leopard it charged at the onlookers, who ran in all directions to save themselves. 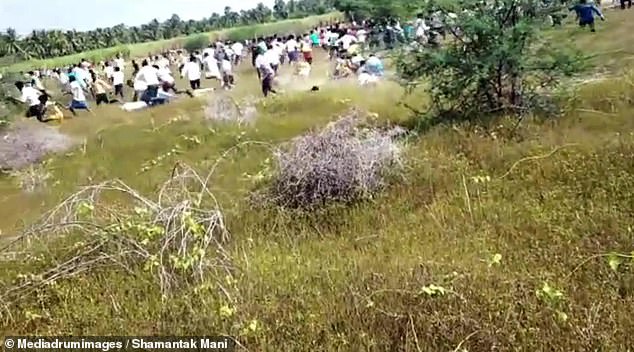 A police officer said four persons – Alamelu, Santhosh, Bharathi and Kamal – were injured in the incident.

An officer from Ambalur police station said: ‘Two have been discharged and two are still in hospital.’

It is not clear if the men were injured by the leopard or in the stampede.

A team of forest officials have camped in the area to trap the leopard using cages and ropes.

Holly Willoughby touches down in Sydney ahead of I'm A Celebrity
Mother is symptom-free of stage-four cancer after finding her own trial online
Suburban widow and Soviet spy Melita Stedman Norwood gave Russia the keys to the atom bomb
Barnet stabbing victim David Bello-Monerville is third son in family to be murdered in London
The touching, stunning and uplifting wildlife images selected for TV show Countryfile
Taylor Swift and Judi Dench star in first full-length Cats trailer
David Beckham leads the charge with his family as footballers join rest of UK in #ClapForNHS
Expert reveals how to save money on lockdown