Ellen Pompeo looked in a hurry as she was snapped in on Wednesday, the day after .

The 49-year-old actress wore an zipped-up Adidas jacket with a burgundy top and black bottom over a grey T-shirt.

Pompeo, who plays Dr. Meredith Grey on the ABC drama ‘s, rounded out her athletic ensemble with leggings and black trainers with yellow laces. 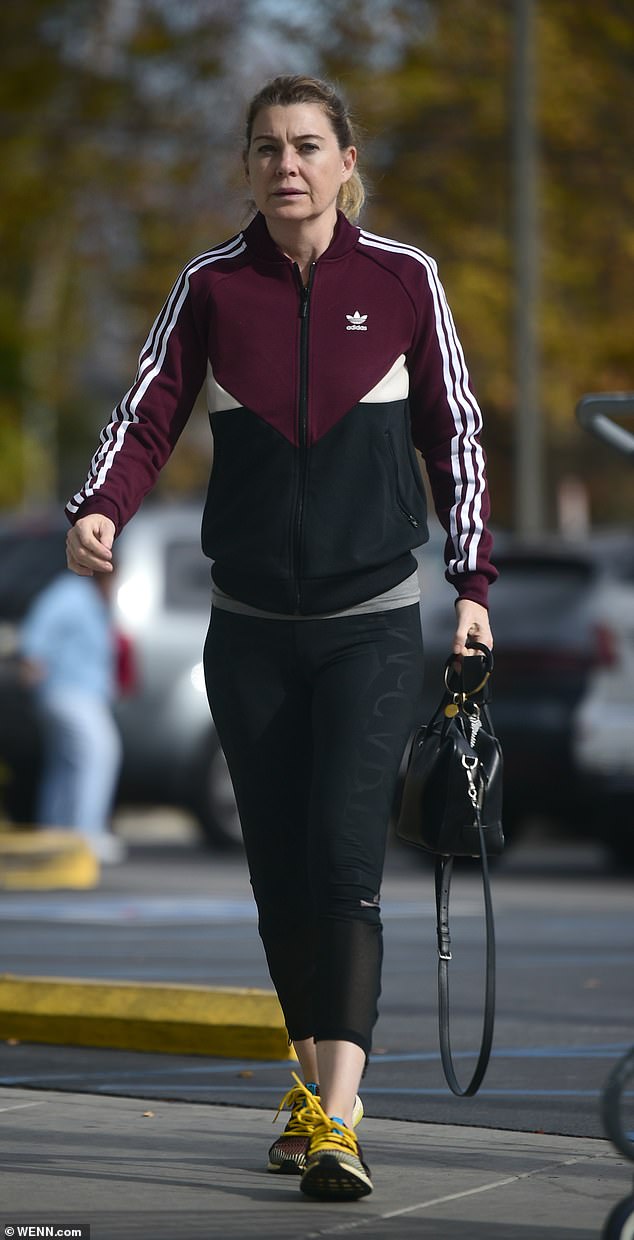 On the move: Ellen Pompeo, 49, looked in a hurry as she was snapped in Los Angeles on Wednesday, the day after Christmas

The Everett, Massachusetts native had her blonde locks pulled back and toted a black leather purse on the chilly winter day in Southern California.

It’s been a strong year for the performer, who in January became television’s highest-paid actress in a drama when she signed a two-year contract with ABC worth $20 million a year.

She opened up to following the lucrative deal about the economics of show business.

‘I’m 48 now, so I’ve finally gotten to the place where I’m OK asking for what I deserve, which is something that comes only with age,’ she said. ‘Because I’m not the most “relevant” actress out there. I know that’s the industry perception because I’ve been this character for 14 years.’ 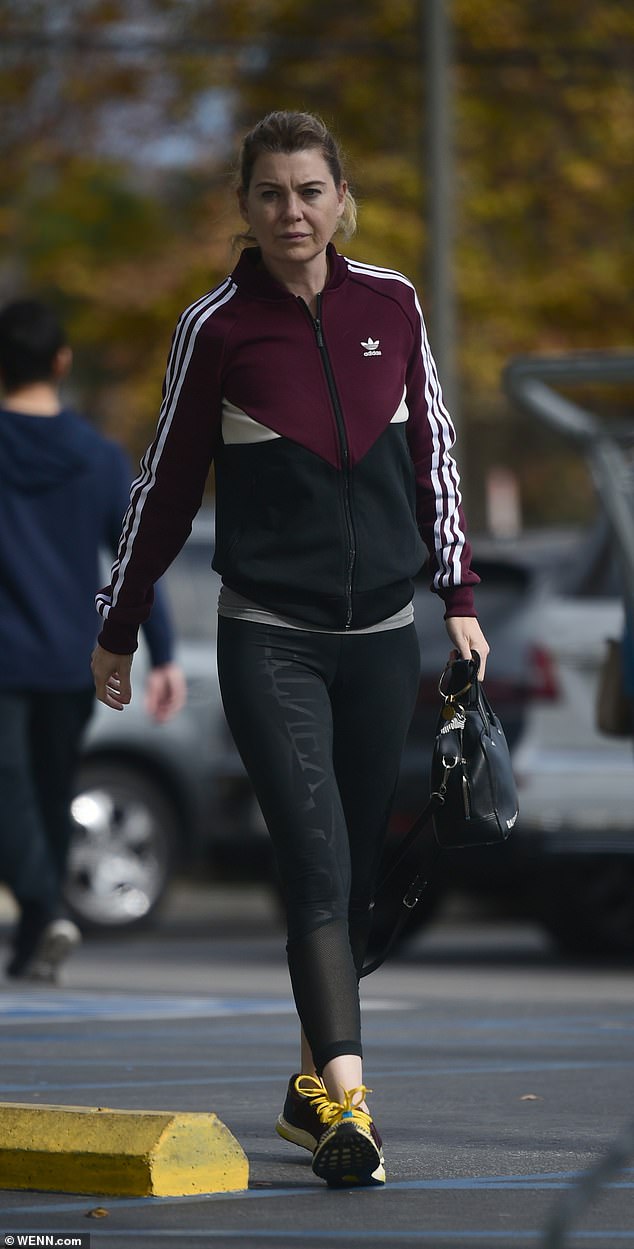 Focused: The TV actress donned activewear on the chilly day in Southern California 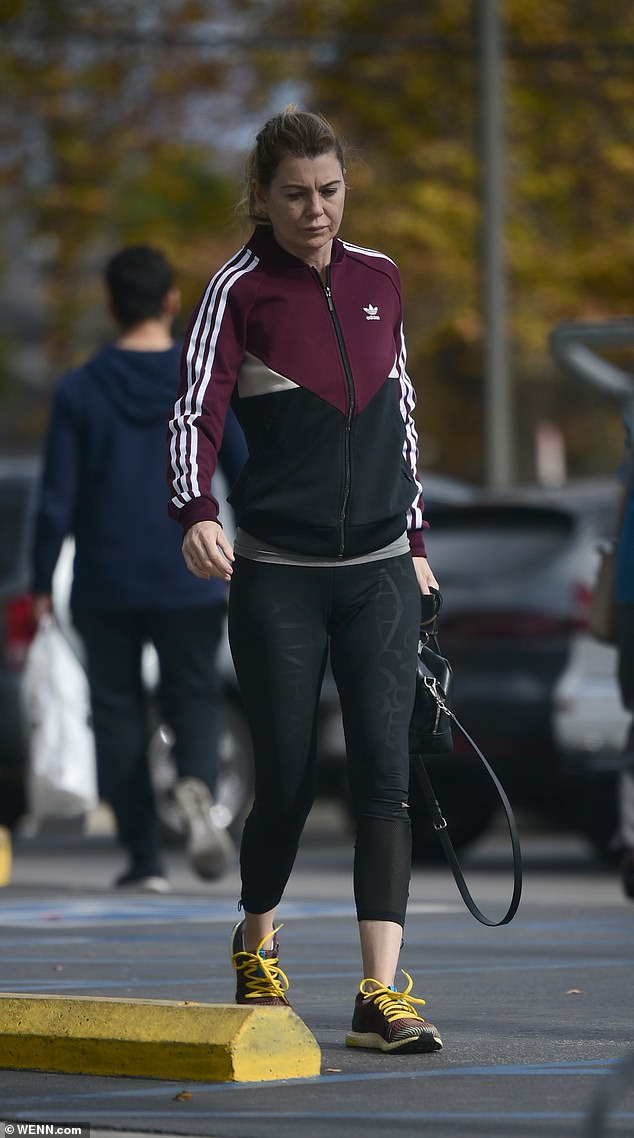 Banner year: It’s been a strong 2018 for Ellen, who in January became television’s highest-paid actress in a drama when she signed a two-year contract with ABC worth $20 million a year

‘The truth is, anybody can be good on a show season one and two,’ said the mom-of-three, who shares daughters Stella, nine, and Sienna, four, and son Eli, one, with husband Chris Ivery. ‘Can you be good 14 years later? Now, that’s a f****n’ skill.’

Ellen laid out the complicated gender dynamics and economic inequality in Hollywood in spelling out why she was confident in naming her price.

She said that while she’s ‘not necessarily perceived as successful,’ she said studios will lowball a 24-year-old actress on pay – paying her ‘certainly less than her male co-star and probably with no backend’ – and ‘pimp her out until she’s 33 or 34 and then she’s out like yesterday’s trash.

‘These poor girls have no real money, and the studio is making a fortune and parading them like ponies on a red carpet,’ Ellen said. ‘I mean, Faye Dunaway is driving a f****n’ Prius today.

‘Now, there’s nothing wrong with a Prius, but my point is, she had no financial power. If we’re going to invoke change, that has to be part of it.’