Calorie caps could be placed on thousands of meals sold in supermarkets and restaurants in an attempt to combat obesity.

Public Health England has drawn up detailed plans for calorie limits to be imposed on 12 types of food sold by retailers and 13 served in restaurants and takeaways.

Two huge draft documents outlining the proposed limits, which run to a total of 223 pages, have been sent to food manufacturers, retailers and restaurant chain bosses for consultation.

The proposed limits and what’s likely to fall foul under the new guidelines. These include 12 types of food sold by retailers and 13 served in restaurants and takeaways 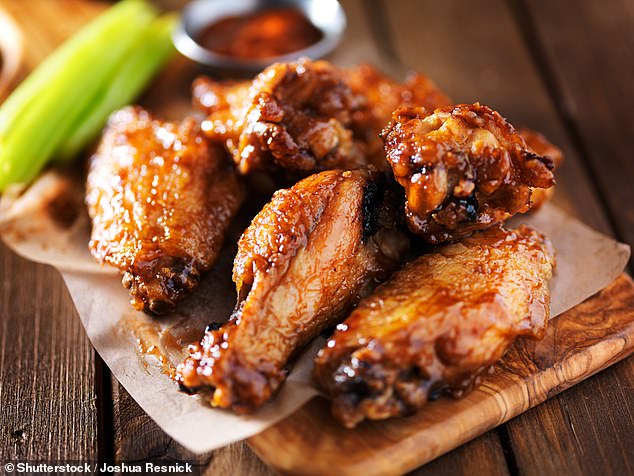 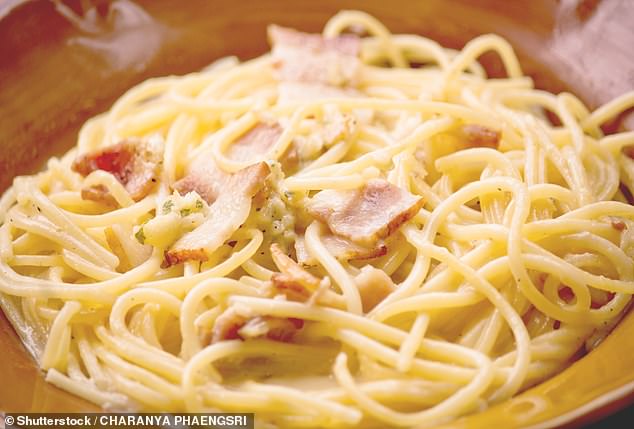 According to the new guidelines a pasta meal (stock image) sold in a supermarket should be capped at 335 calories, burgers at 223 calories and crisps at 322 calories

Under the plans, pizzas will have to lose toppings, burgers will shrink and sandwiches will get thinner.

Health officials last night insisted the guidelines, which form part of the Government’s childhood obesity strategy, will not be legally enforced and are voluntary. But they pointed out that ministers have threatened alternative ‘levers’ if no progress is made – a threat understood to involve mandatory rules or additional taxes.

Most restaurant main courses should be no more than 951 calories, and sandwiches or salads no more than 550 calories. Pictured is salad dressing

A PHE spokesman said: ‘The Government has been clear that if the food industry does not make enough progress under these programmes then it will consider other levers.’ The documents suggest a limit of 544 calories for a ready meal such as a chicken or fish dish – far below many of those sold today.

A pasta meal sold in a supermarket should be capped at 335 calories, burgers at 223 calories and crisps at 322 calories.

Most restaurant main courses should be no more than 951 calories, and sandwiches or salads no more than 550 calories.

Pizzas should be capped at 1,040 calories, whether sold by restaurants or supermarkets.

The moves form part of the Government’s plan to cut calories in common foods by a fifth by 2024. The average restaurant meal contains 1,033 calories, according to a study published in the British Medical Journal a fortnight ago.

Dr Alison Tedstone, chief nutritionist at PHE, said: ‘Children and adults routinely eat too many calories and severe obesity in ten to 11-year-olds has reached an all-time high.

‘These are early days in the calorie reduction programme but the food industry has a responsibility to act. We welcome the industry’s feedback to help shape the final guidelines, due for publication next year.’

However, Chris Snowdon, of the free-market think-tank, the Institute of Economic Affairs, said the proposals were ‘insane’. He said: ‘These demands are worthy of Nero or Caligula … the calorie caps are arbitrary, unscientific and unrealistic.

‘It is reasonable to offer advice on daily calorie consumption but setting limits on individual meals is insane.’ 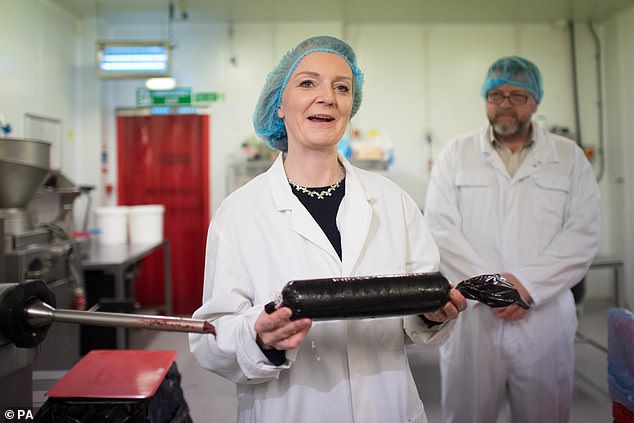 Liz Truss, Chief Secretary to the Treasury, urged health officials to leave the public alone tweeting that she was ‘too busy eating’ to engage with the news

Liz Truss, Chief Secretary to the Treasury, also expressed her frustration, and urged health officials to leave the public alone. She wrote on Twitter: ‘Too busy eating to engage with this… #leaveusalone #boxingday.’

The Adam Smith Institute neoliberal think-tank described the proposed limits as ‘miserable’, adding: ‘Calorie counts on menus will be a disaster for those with eating disorders. It is callous to keep pushing this despite eating disorder charities’ explicit warnings.’

Tim Rycroft, of the Food and Drink Federation, which represents manufacturers, said the targets were not feasible and that PHE should think again. He said: ‘A collective 20 per cent calorie reduction guideline across all food categories is unfeasible, particularly given the range of food types that this blanket guideline covers.’

In a challenge to critics, she said: ‘Do you want to call that nanny state? If so I am chief nanny.’

Man, 40, 'raped boy, 13, he met online in front yard of home until teenager's mother stopped attack'
Pregnant Meghan Markle is rushed out of a market in Fiji after 'security scare'
Man tries to steal Magna Carta from Salisbury Cathedral
Fast 800 diet: If you want to shed the pounds you have to do it fast!
Father, 28, who died of brain tumor saved lives of FIVE others by donating organs
Travellers set up camp on Hove's picturesque promenade and park
How humans could survive on Mars by eating INSECTS
Schoolgirl savagery: Two laughing teenagers punch 13-year-old in the face in sleepy Bury St Edmunds