Ladies and gentlemen, welcome to the third Bad Manners Awards.

These are the yearly awards those in the public eye wish to avoid attending, being associated with, and indeed winning.

The judging committee (of one) has spent weeks deciding which celebrities, politicians and those who ought to know better deserve one of these most galling of gongs to mark a grievous breach of protocol or lapse in mannerly judgement in 2018.

Please, finish mincing down the red carpet of shame; find your seats and lower your voices, as we begin the proceedings…

Etiquette expert William Hanson has unveiled his annual list of 2018’s most uncivilised celebrities with Katie Price, Jennifer Lawrence and Naomi Campbell all making the cut

At the National Television Awards at the start of the year, Loose Women lost the Best Daytime TV award to This Morning and the loosest of the women Katie Price sulked gloomily – but worse still, she took out her phone and scrolled through it as victorious Holly Willoughby gave her acceptance speech.

The Price was not right. 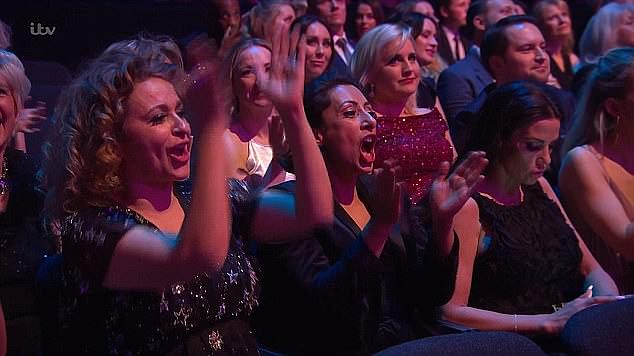 Back in February, the queen of fashion met The Queen, but sadly got it wrong when it came to royal etiquette.

While Dame Anna’s fashion choices usually are faultless her etiquette was far from on trend when she chose to keep on her trademark sunglasses for duration of her interaction with Her Majesty.

Sunglasses are outdoor accessories and should always be removed when indoors – even if they are your ‘armour’. For a start, you don’t need them indoors, and secondly it’s just plain rude to shield the eyes when meeting royalty.

Even though The Queen would not have cared, an exception to the presence of Dame Anna’s ubiquitous shades should have been made. 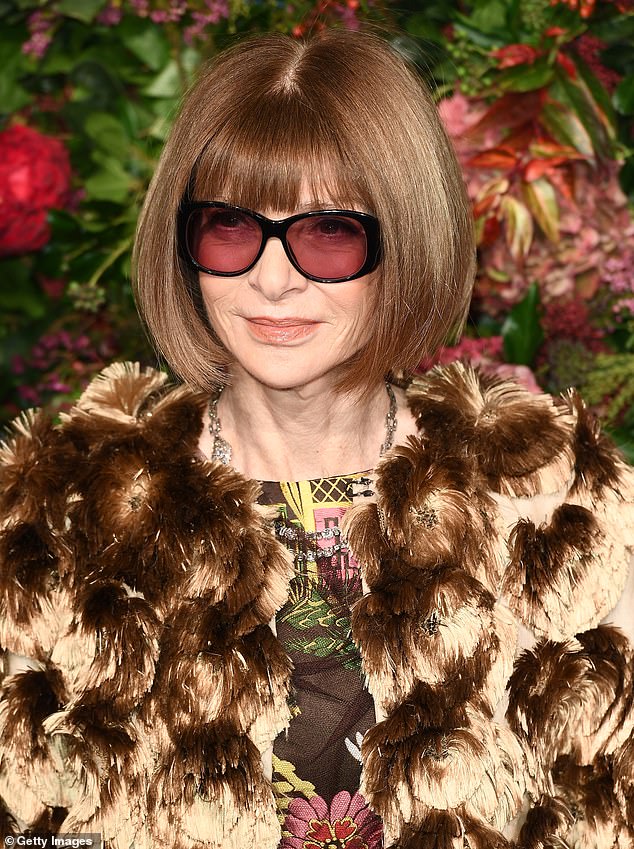 She may have been the editor-in-chief at Vogue, but Anna Wintour is still not in William Hanson’s good books 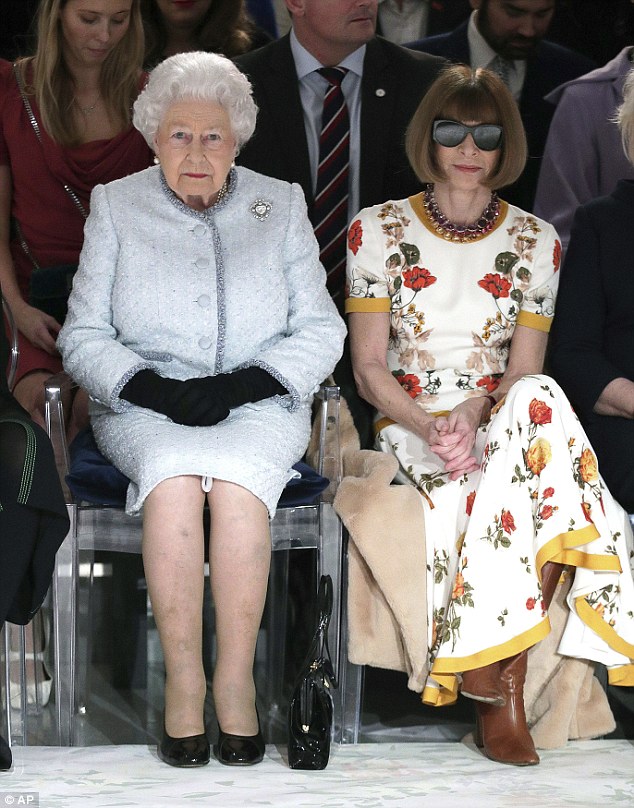 When meeting the Queen on the runway of Richard Quinn in February, Anna failed to remove her sunglasses

You have to be pretty dim to think spitting at someone is acceptable but sadly former footballer and part-time llama Jamie Carragher decided in March that it was somehow perfectly justified to expectorate at a passing passenger.

However horrid and unjust the abuse that was verbally thrown at him was, spitting was not the answer – as we all rightly know. If you want to be better mannered in 2019, Jamie, learn to turn the other cheek. 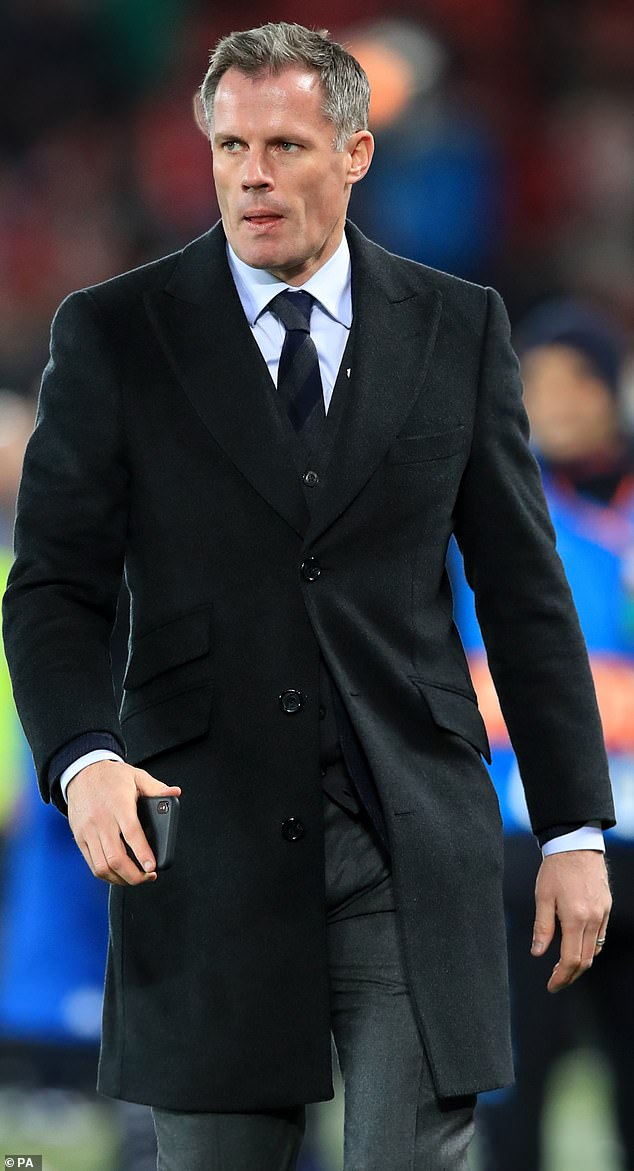 Let me clear one thing up. There is no such thing as ‘fashionably late’. There is just ‘late’.

Miss Campbell probably thought it meant that she would get more attention, but sadly not for the right reasons, sweetie. 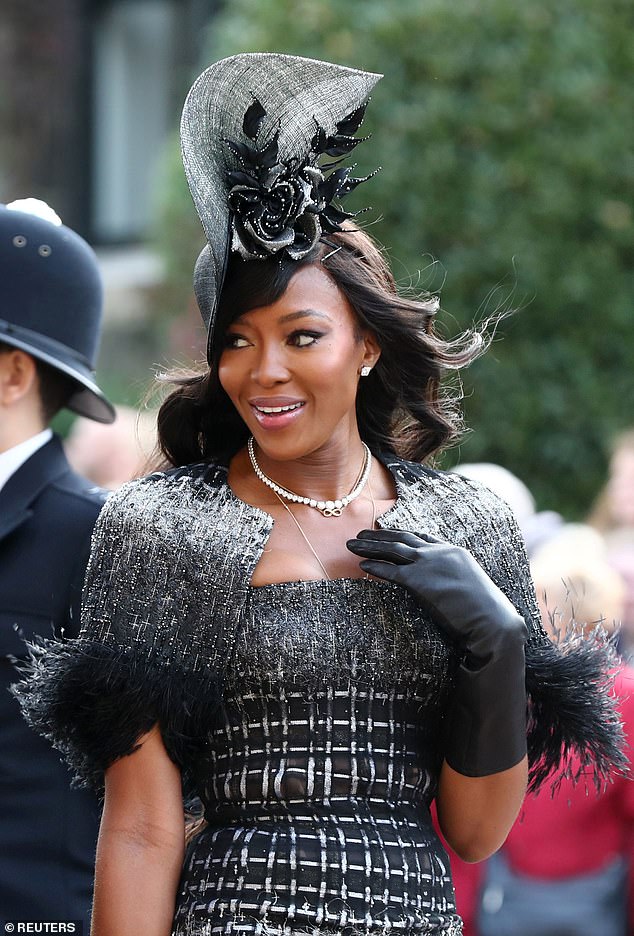 She may be an international supermodel, but according to Hanson, that doesn’t justify her late arrival 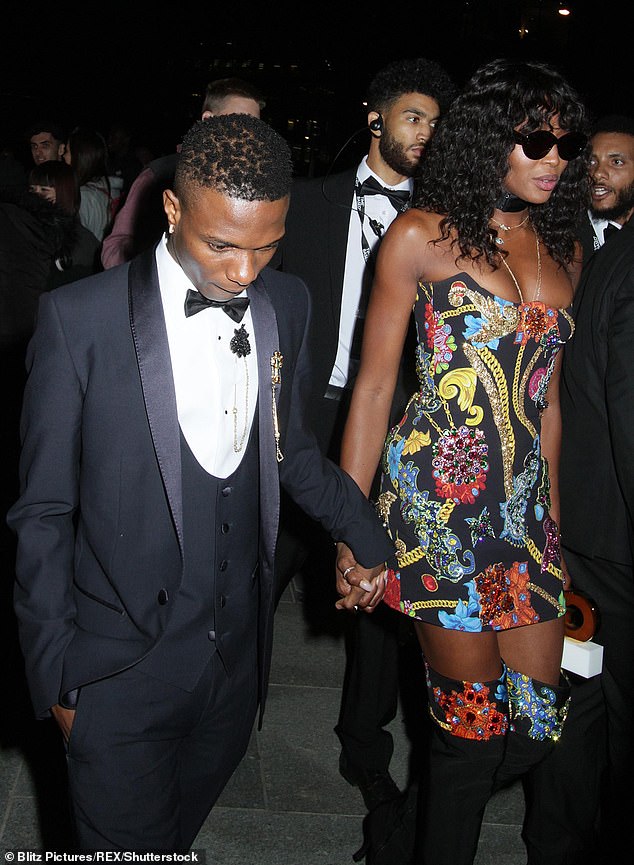 Naomi arrived much later than the other guests to the GQ Man of the Year Awards in September. Pictured at the awards

In November, actress Emma Thompson received her Dame Commander of the Most Excellent Order of the British Empire from HRH Prince William at Buckingham Palace.

A great honour for a great actress who sadly thought that fashion trainers would complement the majesty of the afternoon. To my and everyone else’s knowledge, Dame Emma was not suffering from gout, athlete’s foot or any other form of podiatry problem – there was really no excuse.

For her benefit next year, here are the places where trainers are acceptable: gyms, playing fields, fitness studios, lesser gigs and your child’s sports day. Please note that neither Buckingham Palace nor any other royal residence is not listed.

It’ll be a long time until I can bring myself to watch Nanny McPhee again. 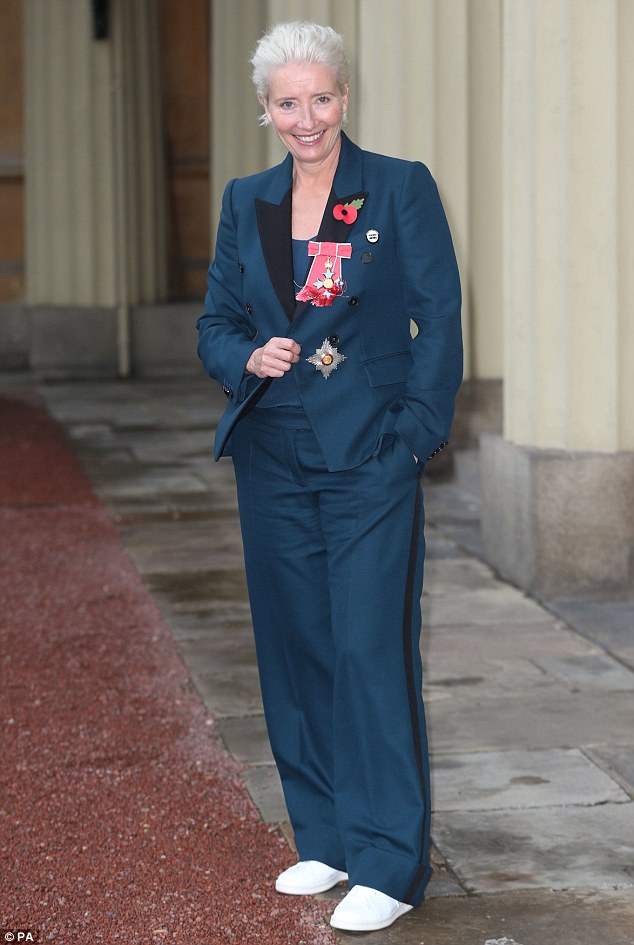 We were so blessed this year with not one but two royal weddings, but sadly at May’s David Beckham and Joss Stone chose to smack gum as they flounced down the lower ward to St George’s Chapel.

Like Emma Thompson, they lacked the sense of occasion and decided to put their own oral needs ahead of the honour it is to be invited to any wedding, royal or otherwise.

To be fair to Mr Beckham, he looked far smarter at this royal wedding than he did back in April 2011 (visible tattoos aside), but it was all undone by the ghastly gum.

David Beckham and Joss Stone (far right) come in joint for Tackiest Behaviour, having made their way into Meghan and Harry’s wedding chewing gum 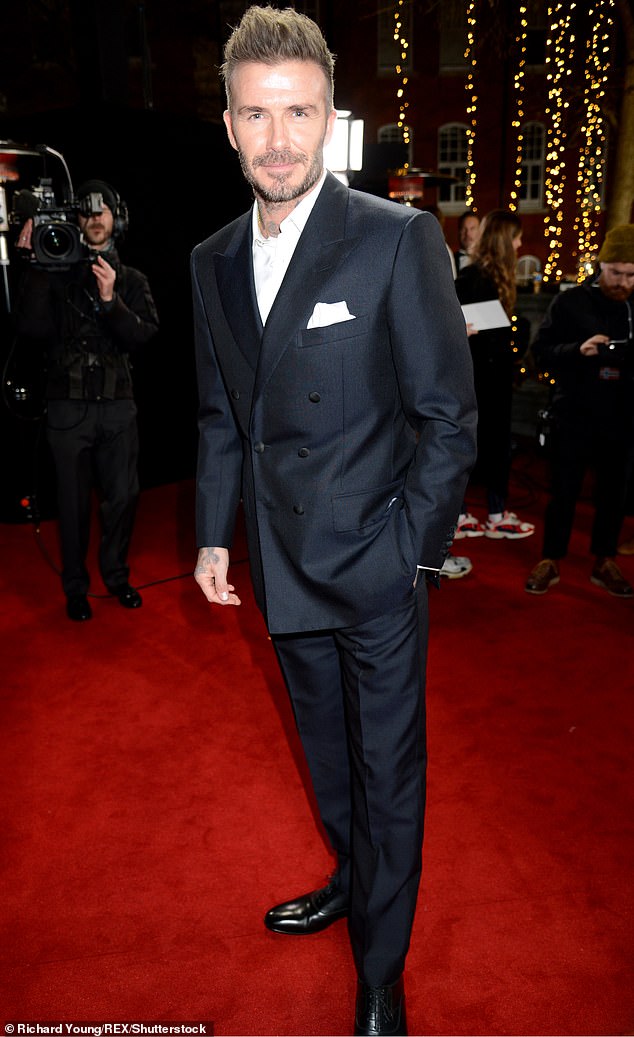 November this year was the one hundredth commemoration of the end of the first world war. Remembrance Sunday is always a solemn occasion but even more so this year.

Sadly, the 100 year notice period for the day seemed to go unnoticed by the leader of Her Majesty’s opposition as he arrived in a pale navy overcoat and a dark red tie.

As he was attending in his official capacity his personal views on war were not relevant, but sadly he was not big enough to clock this. 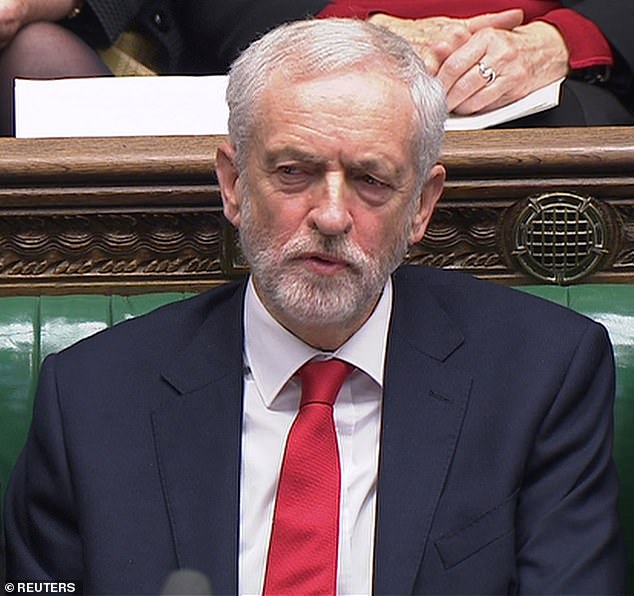 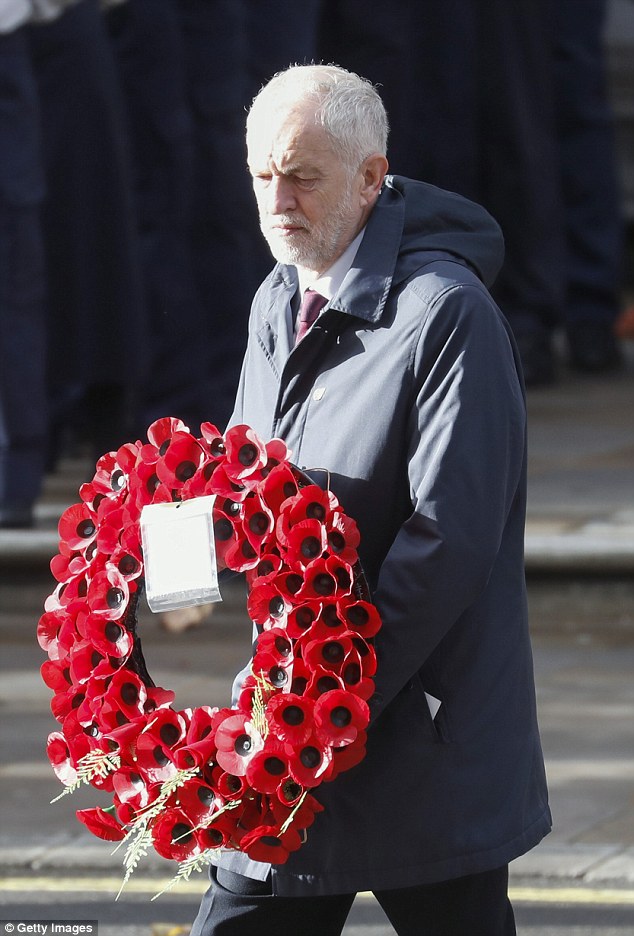 At the BAFTAs in February, new host Joanna Lumley introduced American actress Jennifer Lawrence to present an award, announcing, ‘who better to kick the whole evening off than the hottest actress on the planet. Soon to be seen in Red Sparrow, it’s the ravishing Jennifer Lawrence.’

Looking slightly uncomfortable, Miss Lawrence then replied, ‘Hi, that was a bit much, but thank you Joanna.’

Uncomfortable? You’re American, Miss Lawrence. You should have no difficulty in accepting praise. If you were British, it may be more understandable.

Accept the compliment graciously by simply thanking her, even if you do think your acting work is over-rated.

The lovable Jennifer wasn’t very gracious when she was complimented by host Joanna Lumley during the BAFTAs in February, making her a worthy winner of this award 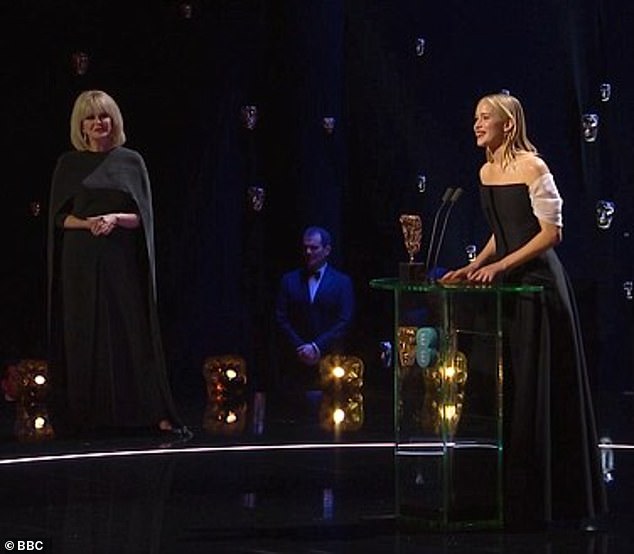 Finally, the most positive award of this glittering occasion.

Receiving a special gong for their contribution to etiquette, newly-ish weds Princess Eugenie and Jack Brooksbank, who not only sent delightful thank you cards to their guests and well-wishers but handwritten ones.

Prince Harry and the now Duchess of Sussex also sent cards but opted for a typed number instead.

The more personal touch from October’s love birds makes them rise to the top to claim victory. 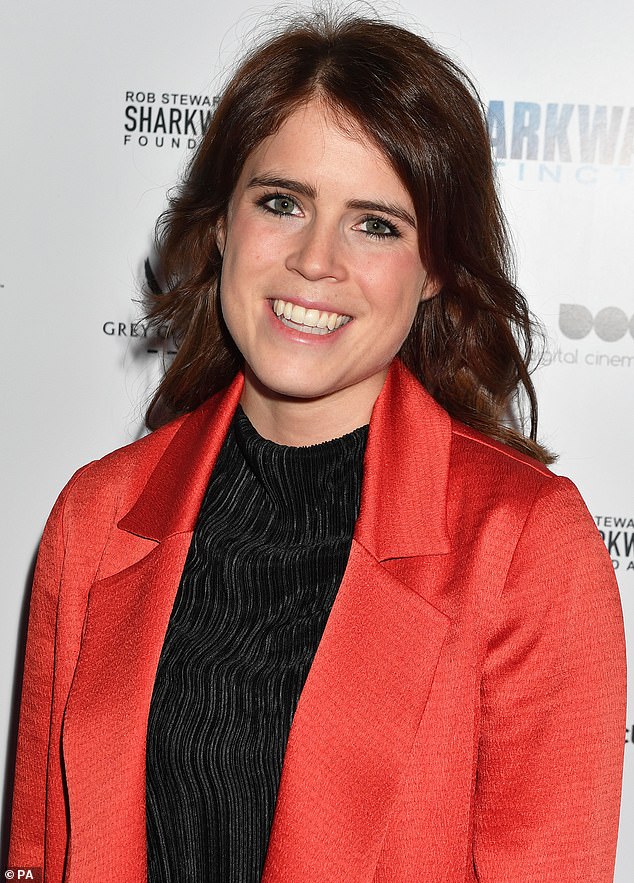 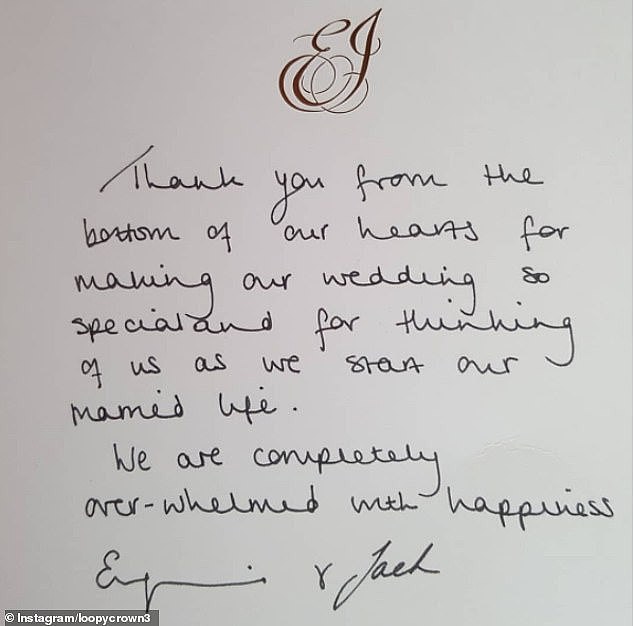 Just three weeks after they exchanged vows, an Instagram account by the name of loopycrown, which describes itself as a ‘devout monarchist, revealed they had received a handwritten note from the couple 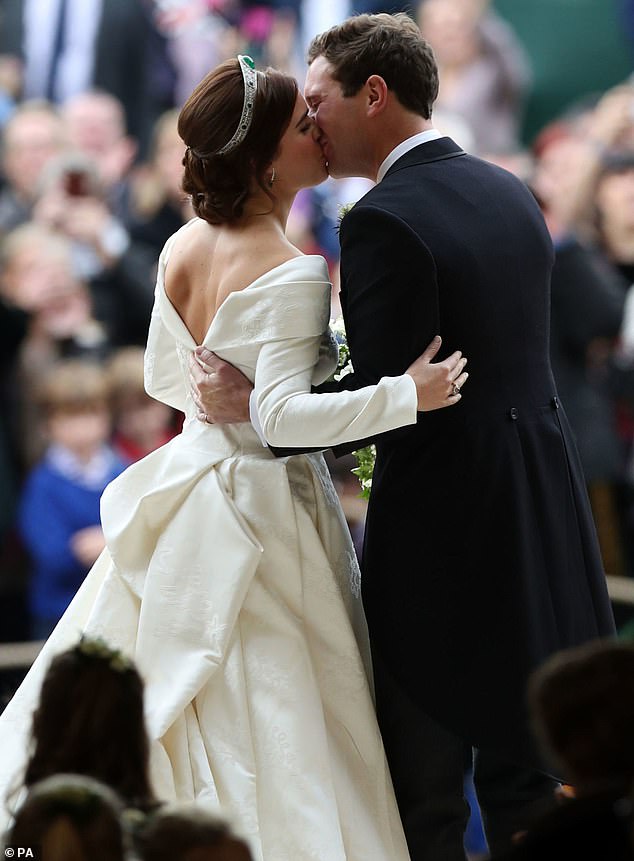 The award was joint with her husband John Brooksbank. Hanson said: ‘The more personal touch from October’s love birds makes them rise to the top to claim victory’