Renee Abeyta was cleaning at her Colorado residence when a home surveillance application on her cell phone alerted her of visitor at her front door.

The Lakewood resident stepped out the home and surveyed the area but found nothing.

Thinking something was amiss, she opened her home security system’s app on her cell phone.

A video captured the moment a woman non-nonchalantly walks up to her residence’s front door, picks up a package and jets off.

Abeyta got in her car and gave chase as the woman fled on foot carrying a bag with the stolen cooking pot cover purchased as a Christmas gift.

‘I thought no way this is happening to me,’ she told Fox Denver affiliate . 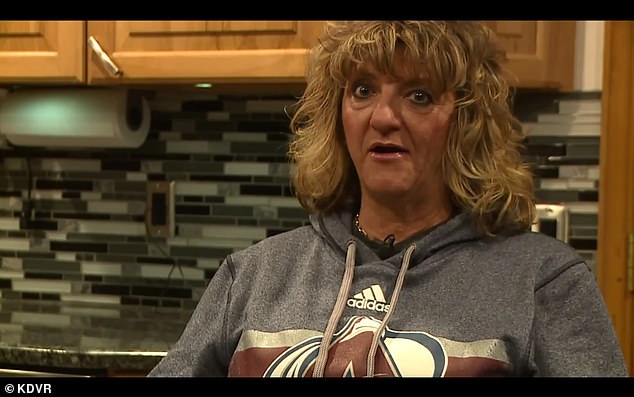 Renee Abeyta was alerted by her home’s security system that a visitor was at the door. She checked a mobile app and saw a woman walking from her home with a package containing a Christmas gift she had purchased 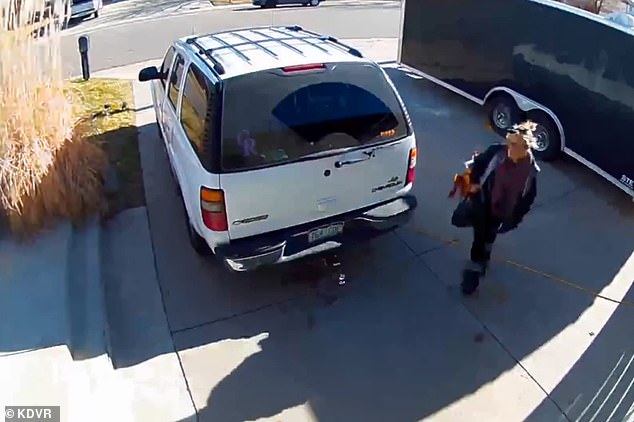 An unnamed woman is caught by a home surveillance system moments before she stole a package that had been left outside a home in Lakewood, Colorado

She abandoned her car and ran after the suspect for almost a minute.

‘What’s your name? Did you just steal something?’ Abeyta could be heard saying as she recorded the woman after she had parked her car.

At one point in the video, the fleeing thief expresses her innocence.

‘Leave me alone lady,’ she blurted out. ‘I did not take anything.’ 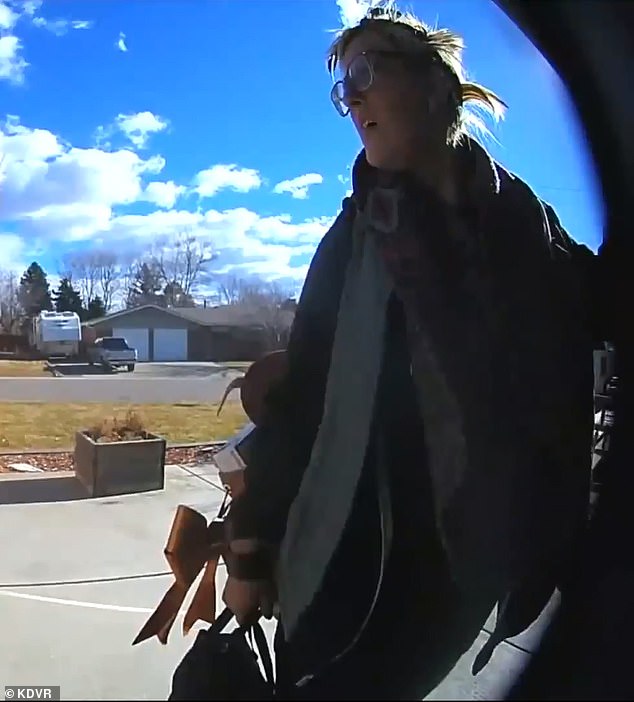 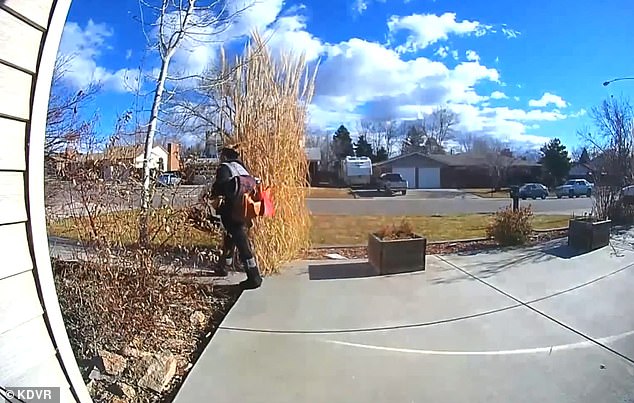 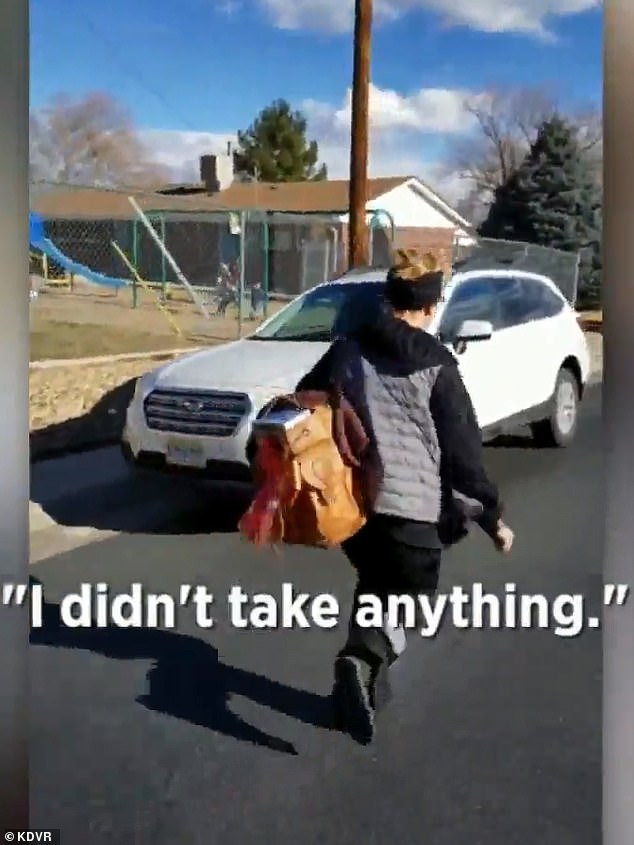 Renee Abeyta said she drove up to the suspect before parking the car and chasing the woman for almost a minute. She said she was willing to run further just to retrieve her package

‘You f***ed with the wrong person. What’s wrong with you,’ Abeyta said.

After a lengthy chase, Abeyta was able to force the woman to come to a stop and hand over the package.

She was willing to run a couple of more miles.

‘Hopefully that girl and other people don’t steal stuff because it’s Christmas,’ Abeyta said. ‘I mean these presents are for people.’