President went after the ‘Fake News’ media In his latest Eve outburst – pushing back on reports he lashed out at Acting Attorney General Matt Whitaker over the prosecution of Michael Cohen.

Trump’s slam on the media followed earlier attacks on the Federal Reserve, retiring Republican Sen. Bob Corker, and congressional Democrats amid a government shutdown that has him at the White House while first lady and other family members are in .

‘I never “lashed out” at the Acting Attorney General of the U.S., a man for whom I have great respect. This is a made up story, one of many, by the Fake News Media!’ Trump wrote at 11:55 AM, precisely an hour after he called the fed the ‘only’ problem in the U.S. economy amid another market selloff. 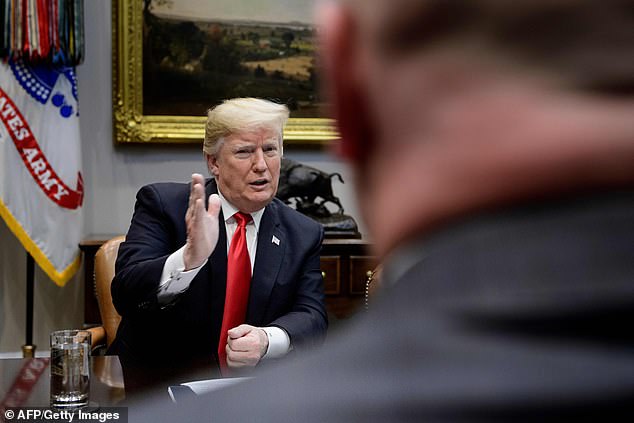 He was referencing a  report that Trump twice ‘lashed out’ at Whitaker following developments in the case of his longtime lawyer.

Although sources cited in the report did not say Trump told Whitaker to stop the investigation, the incidents, if they occurred as reported, would appear to show him weighing in in an investigation which has implicated him in his longtime lawyer’s campaign finance violations.

The report said Trump first lashed out at Whitaker during Cohen’s guilty plea Nov. 29 to lying to Congress when he submitted testimony. Cohen had not revealed that his work on a potential Trump tower project in Moscow continued into June of 2016, in the midst of Trump’s run for the White House.

Trump reportedly raged again a week later when federal prosecutors in New York said in court filings that Trump directed Cohen to arrange hush payments to two women who claim they had affairs with him. 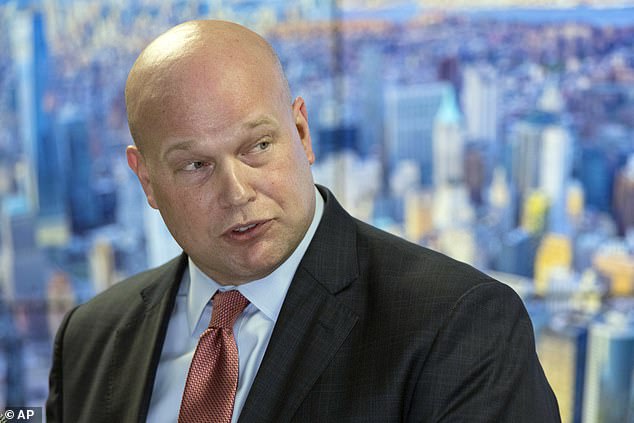 Trump denying lashing out against his acting attorney general 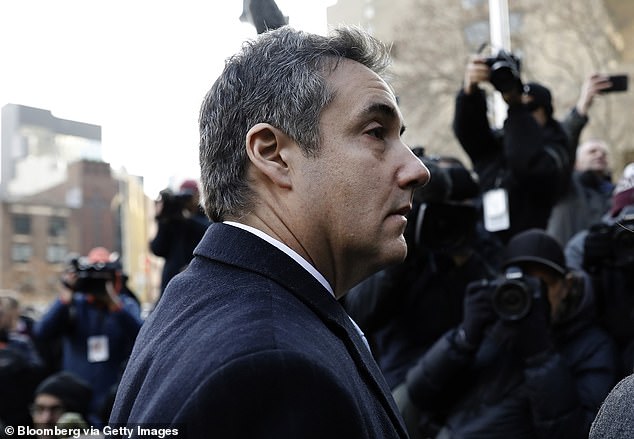 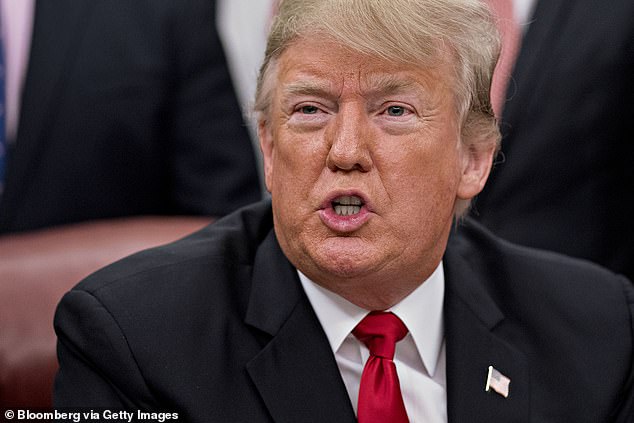 The president hit at a number of targets on Christmas Eve

According to the filing by prosecutors: ‘In particular, and as Cohen himself has now admitted, with respect to both payments, he acted in coordination with and at the direction of Individual-1’ – Trump.

The report put Trump in the familiar role of venting to his attorney general about an investigation that could potentially implicate him. Before Trump pushed Attorney General Jeff Sessions to resign, he regularly railed against Sessions for his decision to recuse himself from the Russia probe over his own campaign contacts with Russians.

Trump named Whitaker, a former US attorney in Iowa, as ‘acting’ attorney general to fill in for Sessions. It soon came to light that Whitaker made multiple public statements critical of the Mueller probe.

Trump’s nominee as the permanent replacement, former Attorney General William Barr, submitted an unsolicited memo to the Justice Department arguing that Mueller should not pursue obstruction of justice matters against Trump.

Kate Middleton ends maternity leave with visit to wildlife garden
Priyanka Chopra and Nick Jonas SLAMMED by PETA for 'participating in animal abuse' in wedding ritual
Great white shark shore of a popular beach – while young children are towed in an inflatable nearby
Below Deck star Ross Inia arrested for disorderly intoxication and battery
Ana de Armas - who is the new Bond girl?
Melania says she'll continue 'Be Best' diplomacy with more overseas travel
Dehydrated baby found in Michigan motel room with her dead parents is in critical condition
Johnny Depp is accused of slapping Amber Heard after she laughed at his tattoo